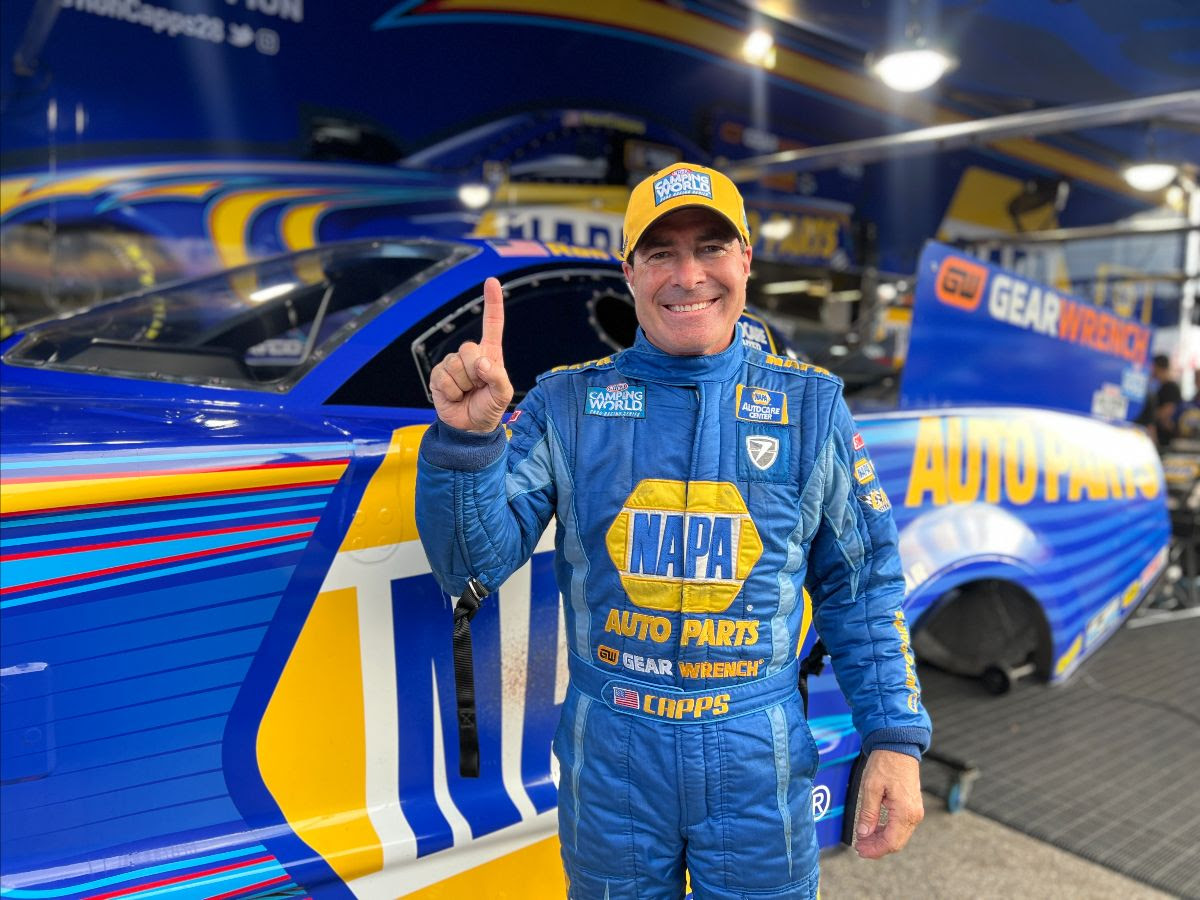 Fresh off of a win from the recent Las Vegas race, the Ron Capps Motorsports team continued to dominate at the NHRA SpringNationals, claiming the No. 1 qualifying spot for the second event in a row, and the third time in Ron Capps’ first five events as an NHRA team owner.

After laying down the quickest pass of the open qualifying session, Capps and the NAPA AUTO PARTS team rolled into Houston Raceway Park on Saturday ready to continue their stranglehold on the competitive Funny Car category. While nearly every nitro-burning car struggled to even make it down the tricky Baytown track in the heat of the day, the challenging conditions were no match for NAPA crew chiefs Dean ‘Guido’ Antonelli and John Medlen, who tuned Capps to a stout 3.931 E.T. at 321.96 mph in Q2. With six ‘low E.T.’ bonus points under their belt, the NAPA team closed out qualifying with another impressive blast, clocking a 3.879 E.T. to collect two more bonus points.

“That Q2 run in the heat was a big deal and only one other car made it down in Funny Car besides us,” said the 69-time Funny Car winner. “To run a 93 in the heat, in the right lane that has some bumps in it, it surely changes things. Tomorrow will be hotter and those bumps tend to rear their ugly heads even more in the heat, so it gives me confidence knowing we can get down it no problem. I have so much confidence in my team knowing the car we have, and things are just clicking.”

Capps’ Las Vegas victory was won from the pole, and he appears to be in a good position for a repeat performance in Baytown. The two-time and defending world champion’s race day will begin with a Bye run but with the competition tighter than ever, Capps knows a second consecutive Funny Car triumph will be hard-fought on Sunday.

“The competition has been so bunched up in Funny Car lately and that carried into this season,” explained Capps, a four-time Houston event champ. “Robert Hight’s car has been so consistent, and in these conditions, he’s definitely our biggest threat right now but, you can’t count anyone out. You never know when someone like Dickie Venables or Del Worsham, or John Force or J.R. Todd will sneak back up on us. We’ve seen that so many times over the last several years. Right now, that Robert Hight/Jimmy Prock car is really good, but you can’t count anyone out, and to be honest, I always feel a little weird when I start naming names because the whole class is just so tough. Anyone can win it tomorrow. And, it’s Houston, you just never know. Sundays here in Houston have a tendency to be bizzare-o, and this is one of those places where you feel like you’ve raced two-to-three races in one day. It literally takes everything out of you.”

Sunday morning at the SpringNationals will mark Capps’ 32nd time starting from the pole as he looks to achieve a fifth Houston Raceway Park victory at the final running of the annual event.