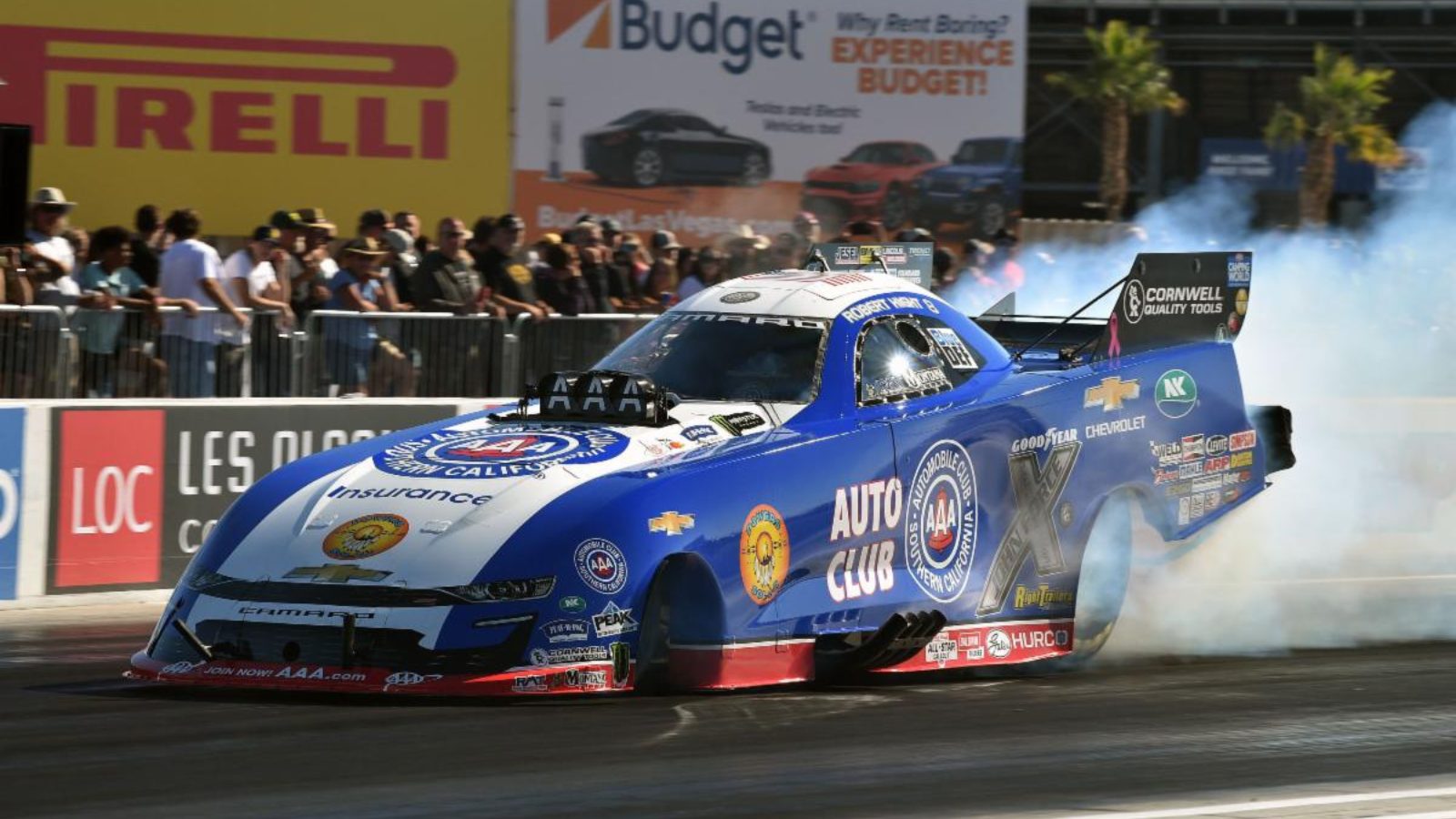 Having won eight times this season at the wheel of the Auto Club Chevy, Hight is just the third Funny Car driver to win that many races in a season. Hight heads into the season finale leading defending series champ Ron Capps by 61 points and Matt Hagan by 63. This year, he is trying to join teammate John Force, Kenny Bernstein and Don “the Snake” Prudhomme as the only Funny Car drivers to have won as many as four series championships. A 61-time tour winner, Hight has been especially productive in the Countdown where his 14 wins are a Funny Car best.

“I can’t wait to get going at the Auto Club Finals. We’re focused and we’re going to try to get our ninth win, if we win the race, we win the championship. I’m battling with two great drivers, and we’ve battled all season long. I knew it was going to be this way and it’s been great racing all season long. We’ve got to stay focus and make eight great runs. It’s going to take eight perfect runs to get the job done, going to take getting our ninth win. If we do that, we’re the champed and we’ll get to celebrate. That’s how I want it to play out,” Hight said. “We know things can turn in a hurry which is why every qualifying point is important. We’re not overlooking anything. These are three of the best cars in the country and we’re all going to be running quick. We’re going to have to make perfect runs. It is crazy how close all of this is.”

The Auto Club NHRA Finals at Auto Club Raceway at Pomona will begin with four rounds of qualifying including two on Friday at 1 and 4:15 p.m. and two Saturday at 12:30 and 4 p.m. Eliminations, where champions will be crowned, are slated to begin Sunday at 11 a.m. Television coverage of the event begins Sunday with qualifying coverage Sunday at 1 p.m. ET and eliminations airing in a tape delay at 4 p.m. ET and a special NHRA Post Show at 7 p.m. ET all on FOX Sports 1 (FS1).