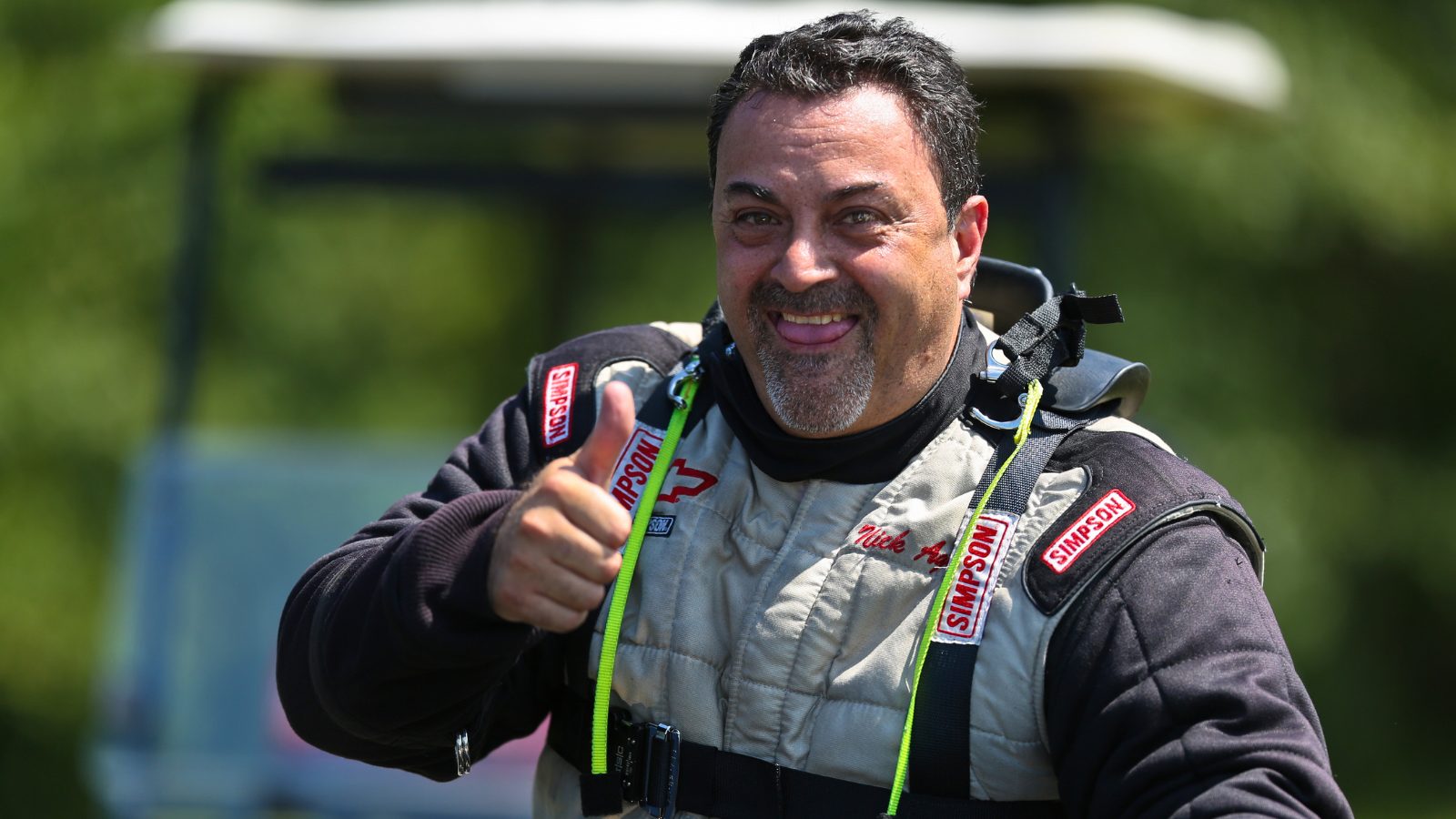 Nick Agostino’s drag racing career started when he was just 16, driving a Dodge Dart with a 440-cubic-inch engine that he found in a newspaper ad. His cars have evolved considerably over the last 40 years, as he now races a ’69 Camaro that regularly dips into the 3.90s in Menscer Motorsports Pro Street presented by AFCO. The one thing that hasn’t changed? Agostino is still trying to squeeze the most horsepower possible out of small-block engines. 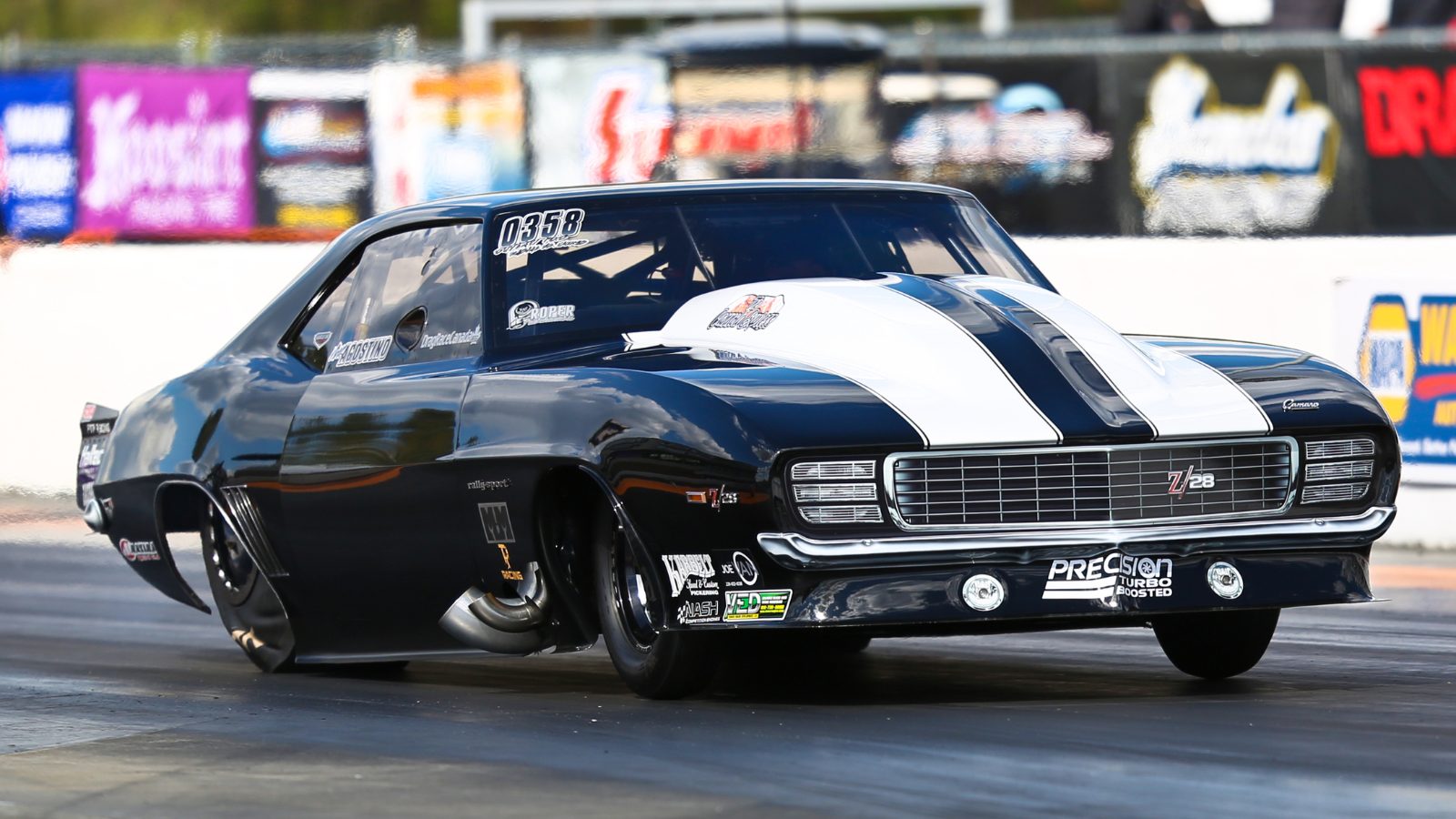 “Back when I started, there was no internet, so you had to go to the store and look in the back section of the newspaper,” remembers Agostino, now 56. “We found a 440, went and bought it and stuck it in this thing, didn’t know what we’re doing. Then, we drove it to the racetrack and started drag racing.”

Agostino progressed from there, running Pro Street in the heyday of the class when Pat Musi, Tony Christian, and most others in the class were running nitrous combinations. Agostino then took a 10-year hiatus from the sport to focus on family and business before returning in 2011 with a single-turbo, small-block Chevy in a 2000 Camaro. That car evolved, too, competing in Outlaw 10.5, including the popular Cecil County series, as well as Radial vs. the World and NMCA Radial Wars. A crash at the 2017 Yellowbullet Nationals put the 2000 Camaro on the sidelines, and Agostino brought out his current ’69 Camaro.

When the Outlaw 10.5 class started its decline, Agostino and his Markham, Ontario, Canada-based team decided to start running Pro 275. It wasn’t a huge change, as he had 315 radials on the car during the last couple years of Outlaw 10.5 competition. But when the COVID-19 pandemic kept Agostino within Canadian borders, he didn’t have anywhere to run radials. A couple local classes ran 33×10.5 slicks, so Agostino started running those tires, laying the groundwork for a 2022 debut in PDRA Pro Street. 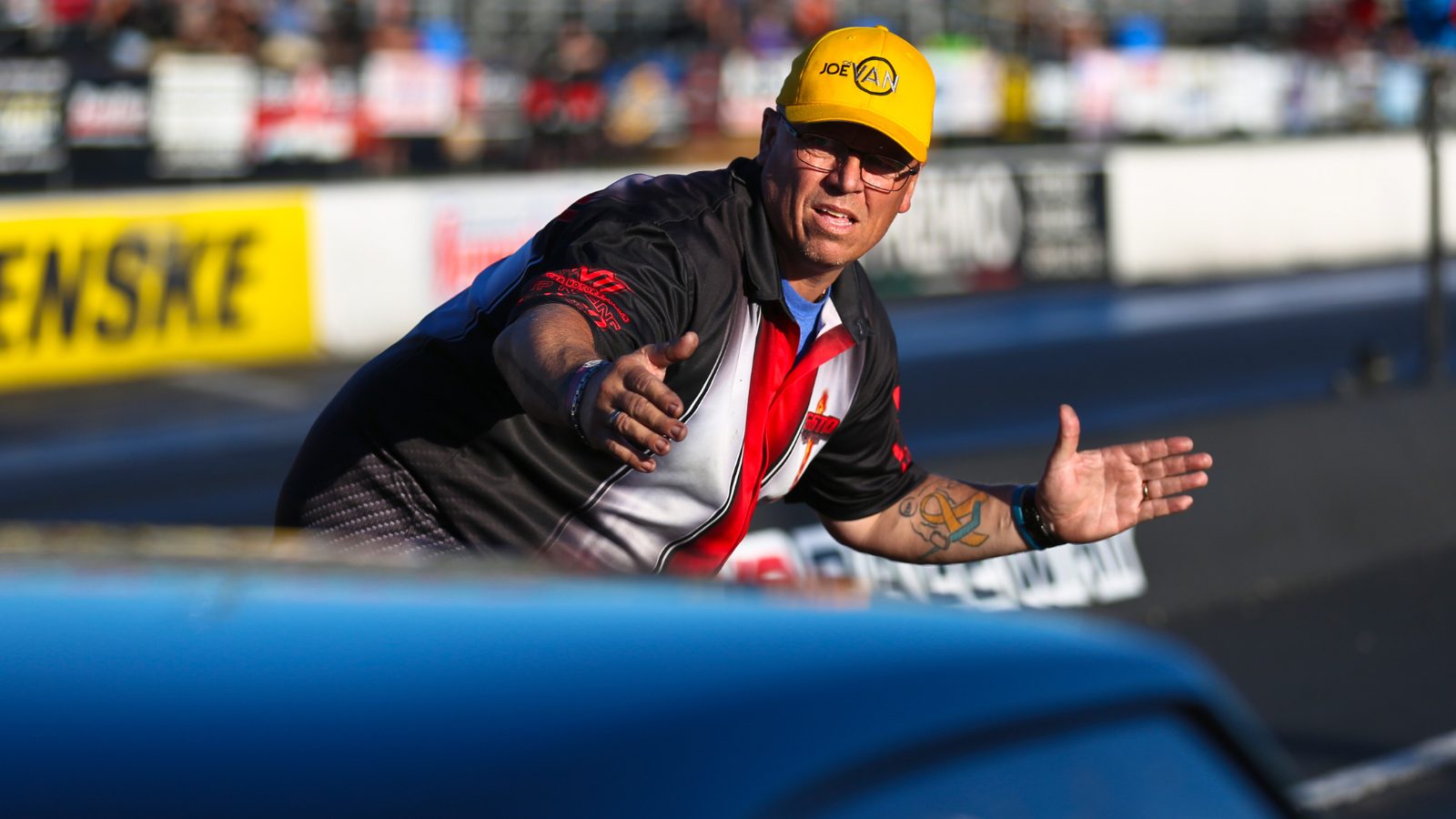 “As soon as we were allowed to cross the border, we did some radial racing down South from January to March,” Agostino begins. “Then, I got calls from other racers like Jerry Morgano, and even talking to Mark Menscer. Menscer said that he’s getting involved, and we love Menscer and all his products, and he’s such a great guy. I said, ‘No problem. We will put some effort into coming back to PDRA.’”

It didn’t take much convincing. Agostino was intrigued by the “true” Outlaw 10.5-style rules, and many of his friends and former Outlaw 10.5 competitors were already racing in the class or had at least expressed interest. Plus, Agostino had run PDRA races before when the series offered a limited Outlaw 10.5 schedule, so he knew what to expect.

“Honestly, PDRA has been one of the best organizations I’ve ever raced with,” Agostino says. “It’s very professional, great people, family-oriented kind of environment. I’m not saying that you don’t get that in other places, but PDRA really goes out of their way to make all the racers feel very welcome and wanted at the racetrack.”

When Agostino was finally able to cross the border at the beginning of the 2022 season, he was relieved to get back to his routine of racing throughout the eastern U.S. for the first time in two years.

“You work really hard and you try to do everything you can in your life to be able to go race at this level, and then it just kind of stops, so that was really tough to take that away and watch everyone still do their thing down there,” Agostino admits. “Not that we didn’t have fun. It was really nice to stay home for a year or two to race with some of our local friends and promoters that were doing their best to put something on local, so we did enjoy that too, but we really did miss crossing the border and seeing all our friends and fellow racers.” 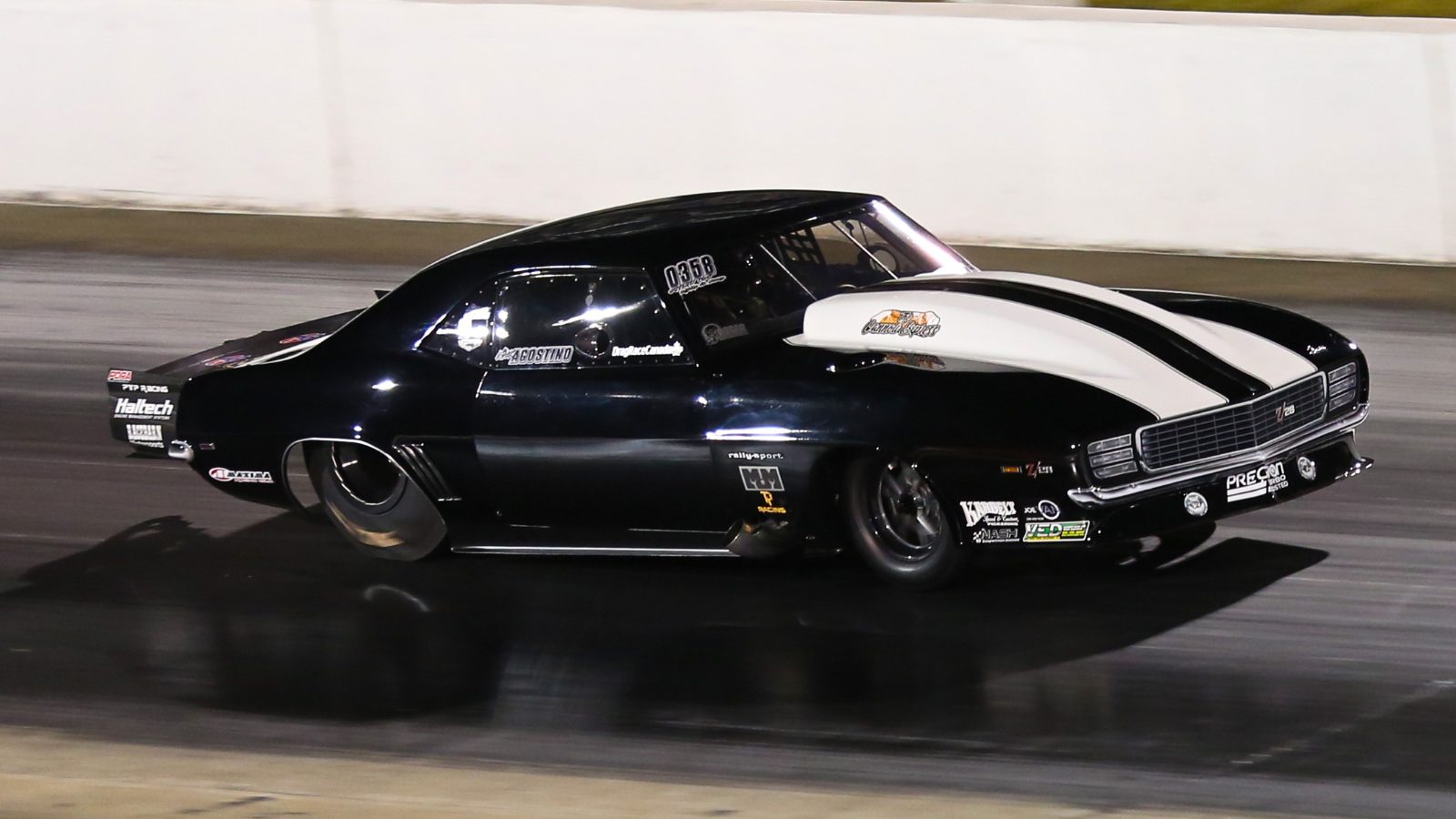 It wasn’t smooth sailing right away when the borders opened, though. Controversial COVID vaccinations were required for border crossings, forcing Agostino and his tight-knit team to make a tough decision.

“We all got together as a team and talked about it,” Agostino says. “I wasn’t asking anybody what they believe or what they don’t believe in, I just said, ‘If you want to go race, this is what we’ve got to do. Is everybody in?’ Everybody says, ‘We’re in,’ so we all got our shots and said, ‘We’re going racing.’”

The duo of Visner and Agostino have made strides in the reliability of the small-block engine, but Agostino has had issues with parts breakage this year, just like any other racer pushing the mechanical limits. The difference is parts for this particular engine can be hard to come by, so Agostino has had to bow out earlier than planned at multiple races this season.

“If you’re at the racetrack and you run a Hemi or a 481X and you need a head gasket or a bolt or a rod or a piston, you walk up Pro Mod Lane there and somebody’s probably got the stuff in the trailer,” Agostino explains. “With my combo, I need to have it in the trailer with me or else we’re not racing.” 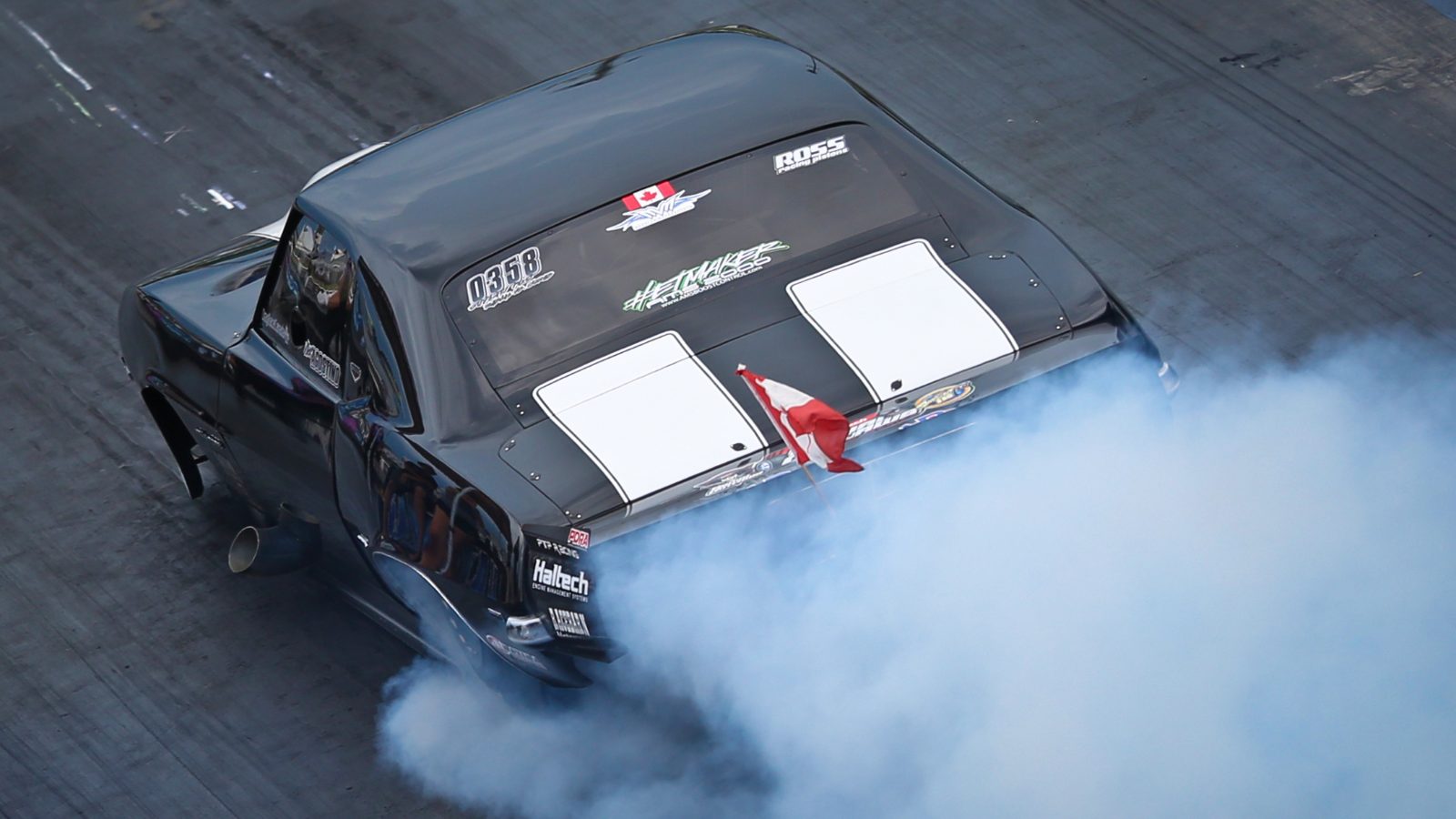 Despite the parts shortages, Agostino has shown the small-block combo works well in Pro Street. He’s qualified No. 1 at four of the first five races for the class, with just the Proline Racing Brian Olson Memorial World Finals presented by ProCharger left on the schedule.

“We didn’t show well at a few races, but other than that, very content with the team as a whole,” says Agostino, who thanks his crew and the aforementioned companies that provide technical support and service. “We’re having fun, and we’re showing that we can run right up front with how we qualified. We’re out of the points as far as the championship goes, but our goal is to go out and win that last race in Virginia.”

While he’s focused on closing out this season with a win, Agostino is already looking ahead at next season. Pro Street will race for a PDRA world championship again, and drivers will fight for the chance to compete at the race-your-way-in Summit Racing Equipment PDRA ProStars race for the first time. AFCO Super Street presented by Menscer Motorsports will also get that opportunity, as well as an expanded six-race schedule and a championship points fund. 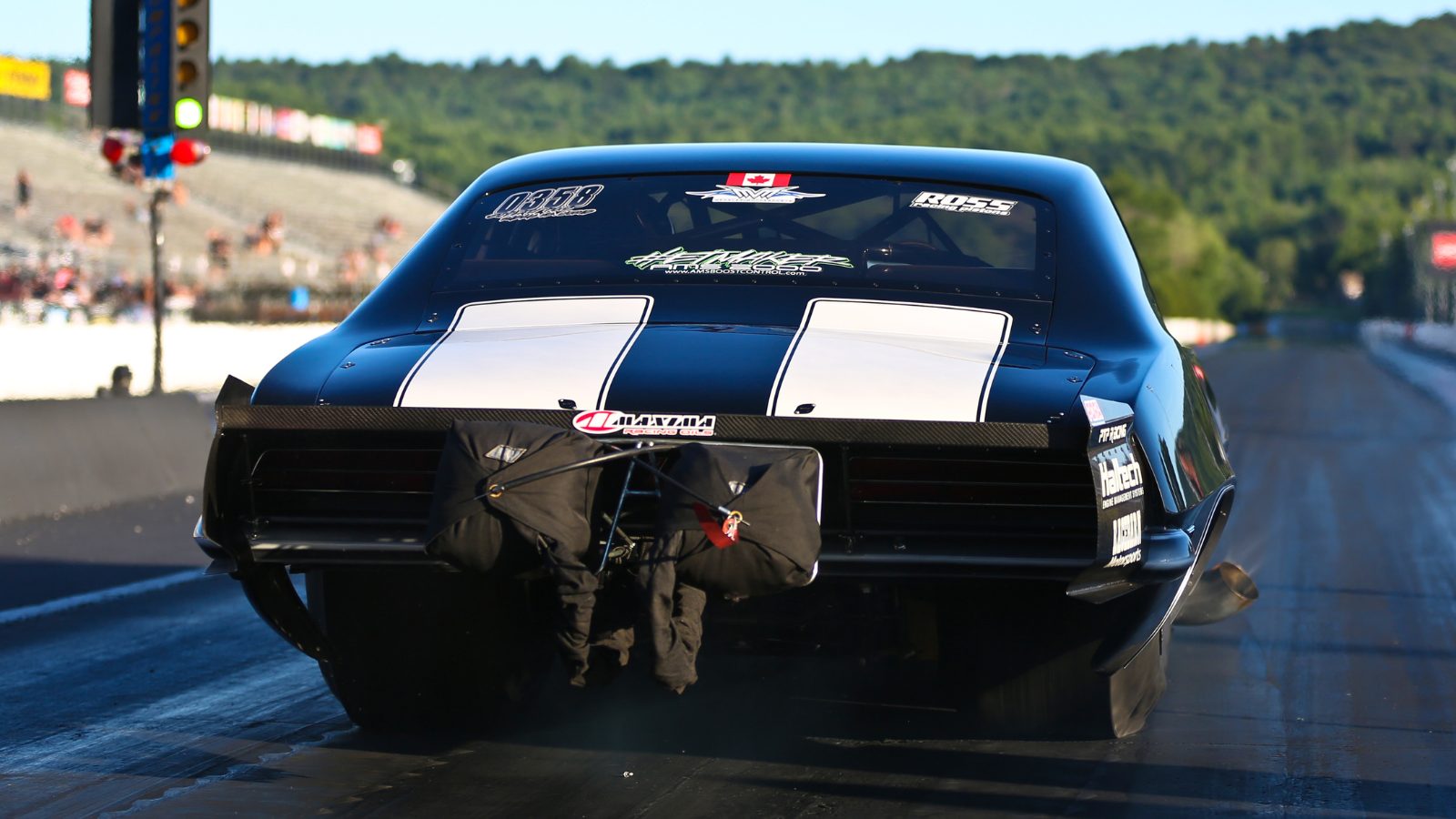 “I know I was really impressed with Tommy Franklin, Tyler Crossnoe, and Mark Menscer when they called a meeting for all the Pro Street and Super Street racers and announced the upgrades for the class next season,” Agostino says. “We’re really excited with how the PDRA is putting effort into the class, so we’re going to reciprocate by running the full season next year. Also, trying to promote the class as much as we can, getting as many local 10.5 racers to come run in Pro Street.”