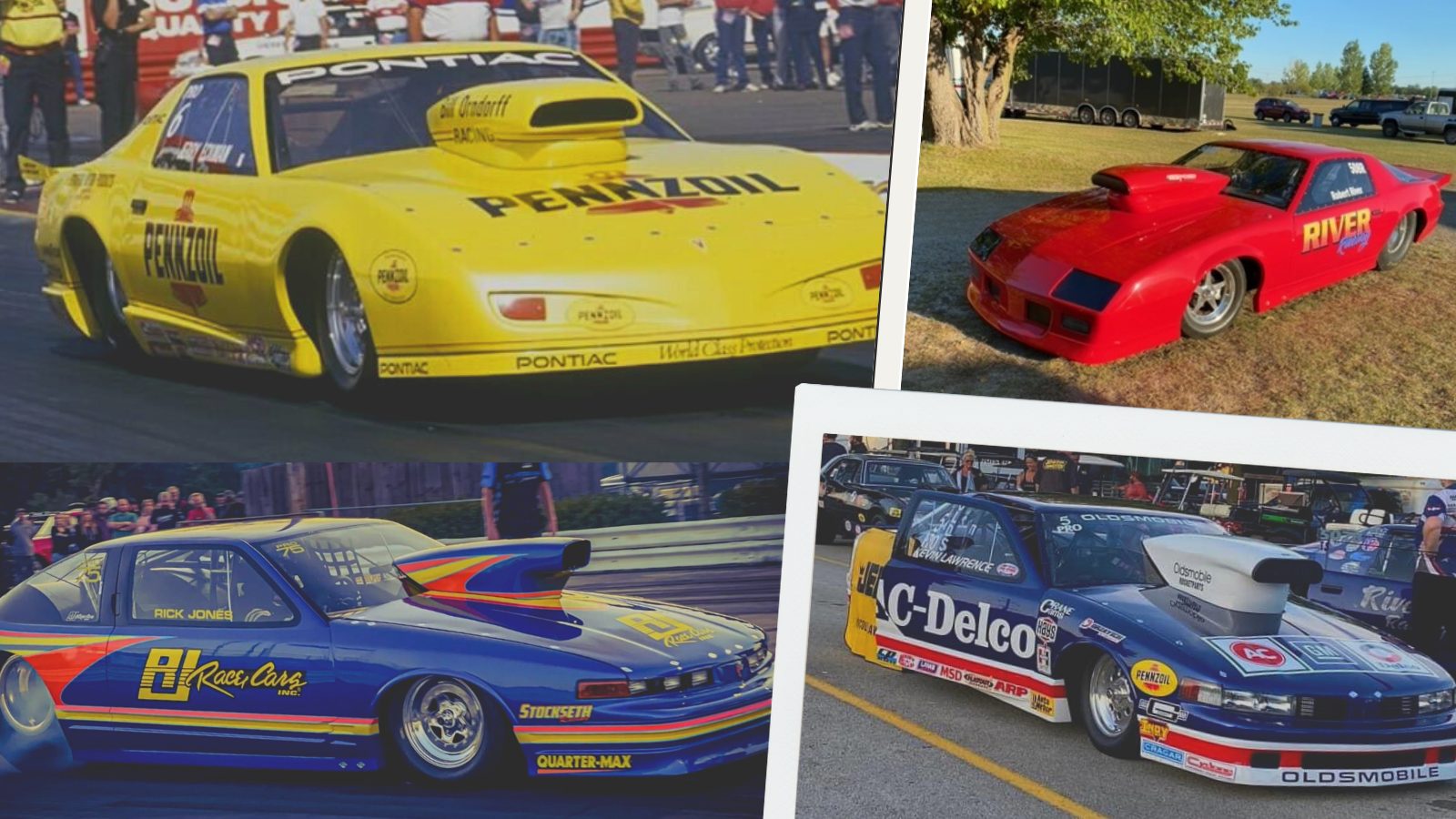 Rick Jones, Kevin Lawrence, Dave River, and Jeff Wick have announced the comeback of the Midwest Pro Stock Association. The MPSA is bringing back Pro Stock match racing in 2023 and is eager to share the cars that made doorslammer racing in the early to mid-‘90s and 2000s.

“It’s a group effort with all the members that make up the Midwest Pro Stock Association,” said Rick Jones, Co-Owner and President of Quarter-Max/RJ Race Cars, Inc. “I started running Pro Stock was match races. I wanted to do that again – to have fun, go to good tracks, and match race.”

Lawrence, who is also behind bringing back the MPSA, reached out to Jeff Wick regarding the use of the name. Wick’s father, Jim, formed the association in 1988-89.

“I started talking to Rick Jones, but we weren’t sure about a name,” said Lawrence. “I called Jeff Wick and asked him if it would be OK if we revitalized the organization. It was his dad’s baby and it kind of faded away when his dad passed away. We want to continue with the organization.”

Wick was ecstatic that Jones and Lawrence called him to use the name and get involved. “Dad was a diehard Pro Stock racer – he started the group to have races at local tracks for Pro Stock cars, and that ran until 2002-ish,” explained Wick.

“Kudos to Rick and Kevin for spearheading the deal and getting it started again,” Wick continued. “I was gracious of Rick to reach out to us. It’s a name that my family started years ago. We think it’s cool and put big smiles on our faces to think that somebody thought enough of it to ask. The fact that they reached out to us means a lot to us.”

The MPSA was originally formed out of a necessity to keep the early era of Pro Stock racing around. Now, the organization is back with seven confirmed events on the 2023 schedule: Central Illinois Dragway in Havana, Illinois; Cordova International Raceway in Cordova, Illinois; Eddyville Raceway Park in Oskaloosa, Iowa; Bunker Hill Drag Strip in Bunker Hill, Indiana; and US 41 Dragstrip in Morocco, Indiana.

Jones says there could be more events added as the organization grows. Plus, VP Racing Fuel has come onboard as the official fuel of the MPSA.

Fellow Pro Stock racers Dave River and his son Robert River are both MPSA members and were recruited while competing in an exhibition event at the World Series of Drag Racing in August 2022.

“We still campaign NHRA Pro Stock,” explained Dave River. “This is a great platform to have Pro Stocks match racing as it truly was in years past – clutches, no automatics, no power adders, let the clutch out with your foot, and shift by hand.”

As a matter of fact, two members, Rickie Jones and Dave River, are second-generation Pro Stock drivers. This organization isn’t only going to provide a place to race nostalgic Pro Stock cars but bonding time for fathers and sons.

“Sometimes you don’t understand how things are happening at the time, but there was one run at the World Series where it was Rickie and myself in the driver’s seat on the starting line, with Rick behind Rickie and my dad behind me,” explained Robert. “It’s cool to take a step back and see how cool that is. As cool as all the racing accolades are, when you look from 30,000 feet at the big picture, it’s pretty dang special to you.”

Robert is also looking forward to match racing his fellow MPSA members. “When you think about Pro Stock racing, and you break it down into something visceral – it’s high RPMs, it’s shifting gears, cranking the piss out of the motors and that something that the people that are involved in this group can do consistently, reliably and go down the track and be professional, personable and have fun,” he said.

The MPSA will feature fan-favorite cars from the past, like a replica of Warren Johnson’s AC Delco Oldsmobile Cutlass and Rickie Smith’s Ford Thunderbird.

“Warren and Arlene [Johnson] are 100% behind the car. They sent us the original uniforms from 1991 that we wear,” said Lawrence. “We are a group that has a 650-cubic-inch limit, naturally aspirated, all clutch cars running on a 2400-pound weight limit with no restrictions or caps on E.T. and MPH.”

“Today, it’s hard to tell what the [Pro Stock] cars are because they make them look the same,” said Wick. “There are still people out there that know what these cars are, and I think that’s fun for them.”

Mike Beck, who joined the MPSA earlier this year, is excited to learn from the caliber of Pro Stock drivers on the circuit, as well as give the fans a taste of how Pro Stock racing used to be.

“I hope they get to enjoy a good match race and the cars. We try and make them as close as we can to what they were when the original drivers ran them,” said Beck. “We want to give them a good show because we are competitive with each other.”

Robert River joins Beck’s sentiment when it comes to the fans. “If you want to bring your 5-year-old or are a 45-year-old and want to sit in the car and get a rundown on things or look at some data on the computer, they can get a glimpse into what Pro Stock is without the velvet rope,” said Robert.