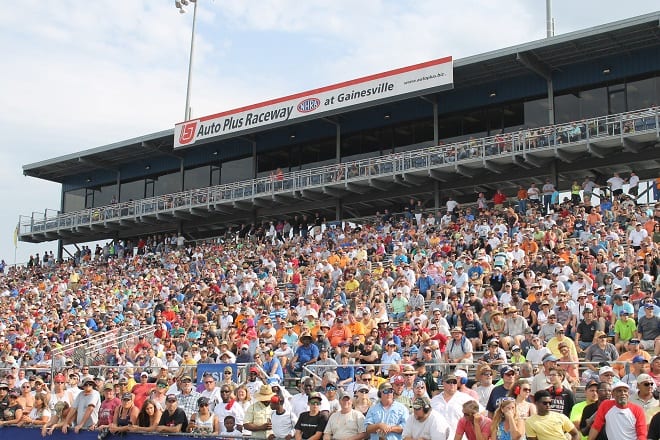 The National Hot Rod Association’s annual east coast opener, the Amalie Oil NHRA Gatornationals, had everything you look for in a great race weekend; exciting racing, beautiful weather, a massive crowd and a fair share of drama to mix things up. While it certainly isn’t a comprehensive list of everything that went right or wrong last weekend, this is a fair breakdown of some of the highest highs and lowest lows from the 2015 NHRA Gatornationals.

Three-time Top Fuel world champion Larry Dixon suffered one of the most dramatic Top Fuel crashes of the last several years during the third qualifying session. His Bob Vandergriff Racing dragster was on a strong run until the car arched up in the middle and broke in half just in front of the footbox. The back half of the car, including Dixon, soared over 20 feet in the air, while the front half took off even higher. Dixon returned to solid ground and got out of the car on his own, relieving everyone who thought the result would be much worse. He was cleared to race on Sunday, with three different teams offering up their spare cars as a replacement, but Dixon and Vandergriff agreed it would be best to sit out race day. The incident garnered attention from the national media, like ABC’s Good Morning America. 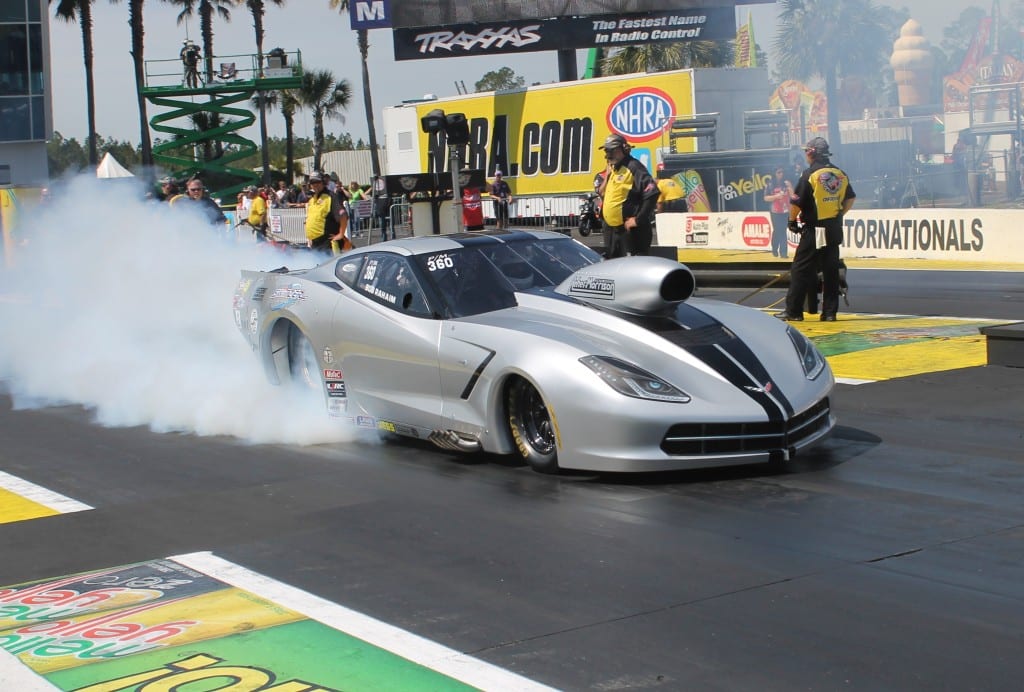 2012 ADRL Pro Nitrous champion Bob Rahaim kicked off his NHRA J&A Services Pro Mod Series season with the debut of a brand-new C7 Corvette. The debut would’ve been perfectly acceptable after winning Best Appearing Car of the event, but Rahaim and crew chief Chris Bell went on to collect the big Wally, too, upsetting Mike Castellana, number one qualifier Don Walsh, 2012 Pro Mod champ Troy Coughlin and Pete Farber to win his first NHRA Pro Mod race. His first-round win on Saturday evening was his first ever in a handful of NHRA appearances. 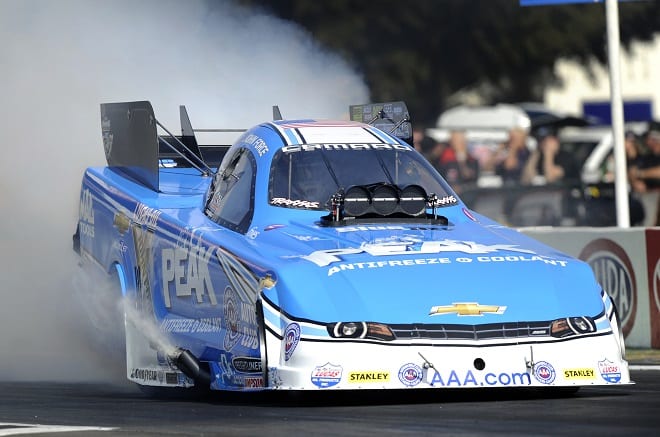 We’re now three races into the 2015 season and 16-time Funny Car champion John Force has yet to make a clean, winning run in the first round of eliminations. Making quick runs isn’t a problem, as Force qualified third here and at the season-opening Winternationals, but the Jon Schaffer-led team has struggled to avoid smoking the tires in the first round so far. There’s still plenty of season left, but it’s certainly not the “new beginning” Force envisioned.

A hot, tricky racetrack on Sunday made for some exciting upsets across the board, but especially in Funny Car. In the first round, John Force, Del Worsham and defending world champion Matt Hagan lost tire-smoking matches to John Hale, Blake Alexander and Alexis DeJoria, respectively. Hale and Alexander met in the semifinals after upsetting DeJoria and Tommy Johnson Jr. in the semifinals, with Hale getting the chance to face Ron Capps in the final round. Capps defeated Tim Wilkerson in the previous round, winning by just ONE TEN THOUSANDTH OF A SECOND on a holeshot. Honorable mention for Pro Stock since 2014 world champion Erica Enders-Stevens, defending event champion Allen Johnson and Jonathan Gray all shook the tires first round. 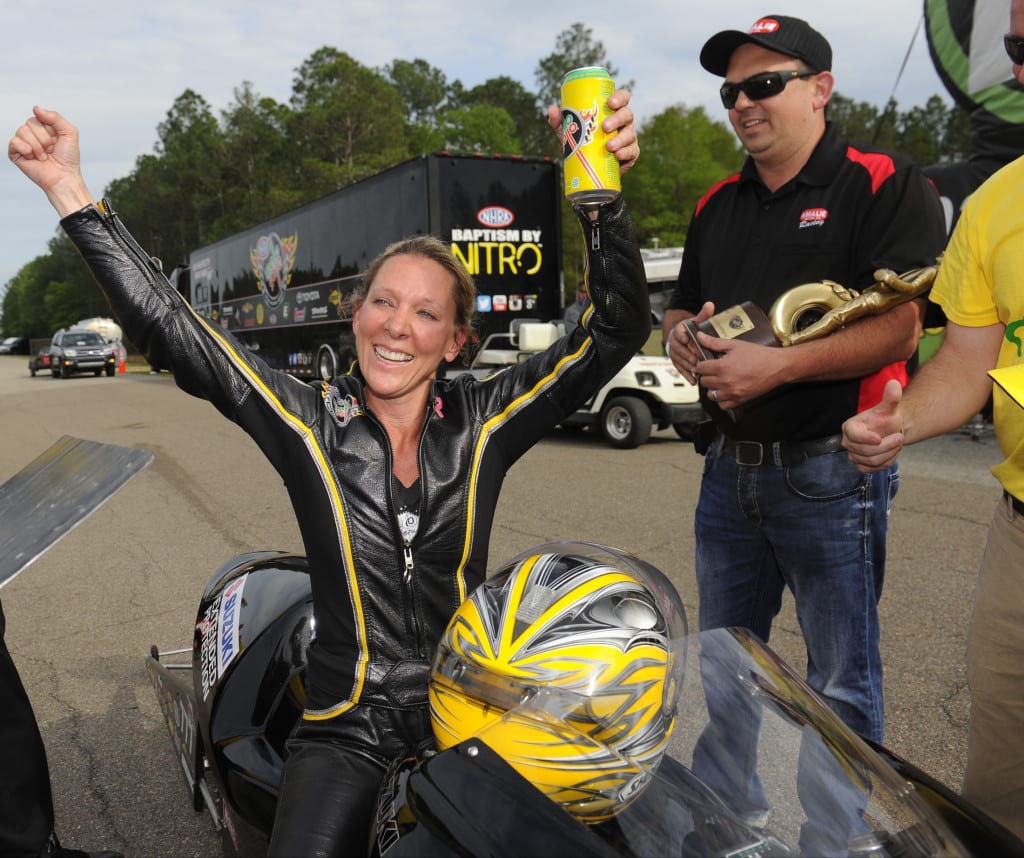 Before this weekend, Karen Stoffer’s last NHRA Pro Stock Motorcycle race was the 2013 U.S. Nationals. Her last win came at Denver in 2011, so it was a pleasant surprise to see her return to the winner’s circle here on Sunday. The now-seven-time PSM winner beat defending event champion Steve Johnson, Angie Smith, Shawn Gann and three-time Gatornationals and world champion Eddie Krawiec in the final round. Keep an eye on Stoffer if she and husband Gary can find the funding to run more races on the tour.