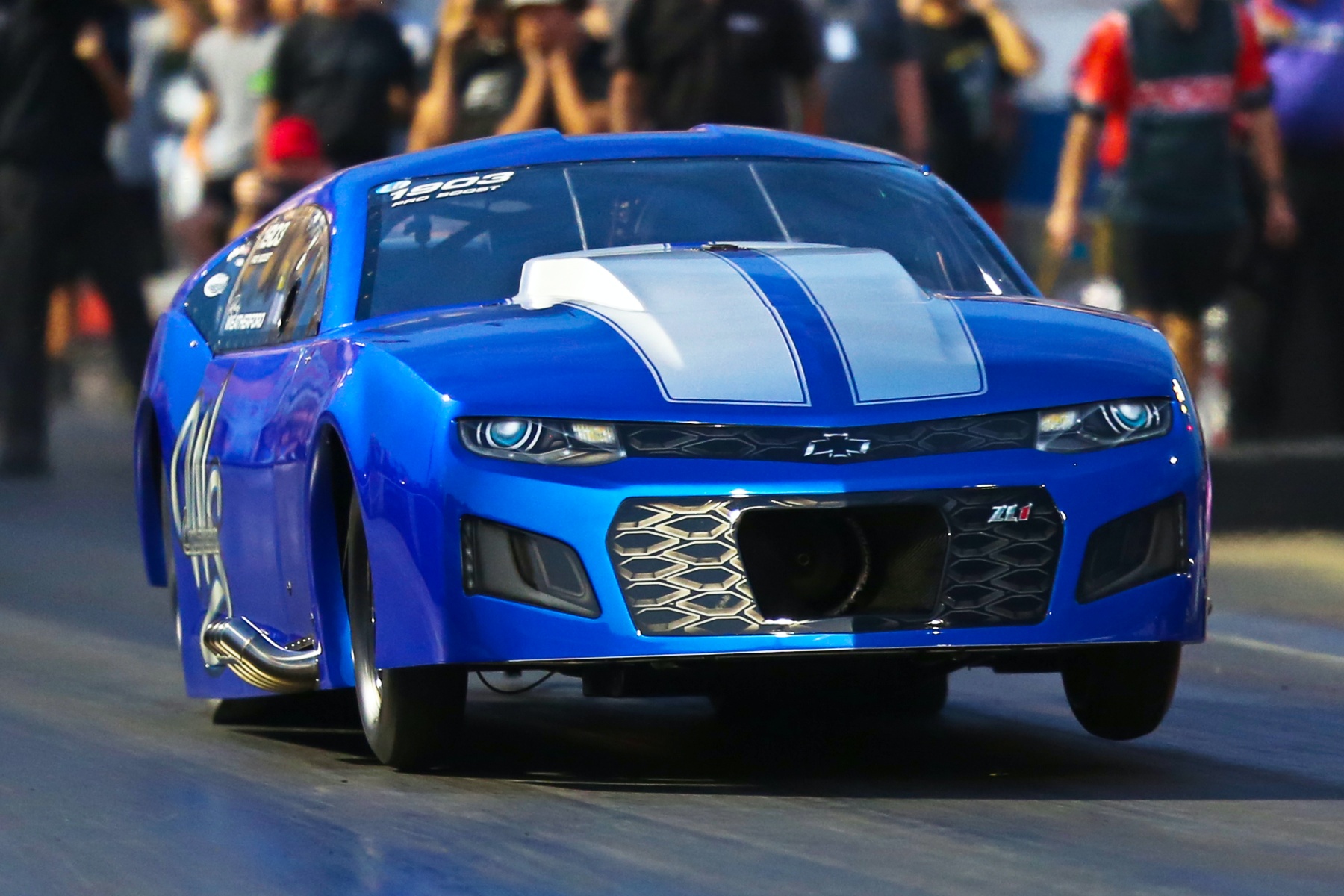 A Pro Mod veteran and a young gun squared off in the Pro Boost final at the special PDRA ProStars event in Virginia, as former Pro Nitrous hitter Randy Weatherford lined up against Preston Tanner, who’s in his second year of Pro Boost competition. The two drivers cut identical .027 reaction times before Tanner pulled ahead. He lost power before reaching the finish line, though, while Weatherford and his ProCharger-boosted WS Construction ’19 Camaro charged on with a 3.675 at 199.73 over Tanner’s 4.053 at 129.78.

“We’re competing with some of the top stars out here,” said Weatherford, the owner of class sponsor WS Construction. “To bring this home means a lot to me, being in Virginia. This gives me a boost going forward, to be honest. We’ve been working on some new stuff on this car. We’ve got some of it that worked all right, but we burst a panel out of it again. But we brought home the win.”

“I’ve had some luck, but I’ve also had some talent in the car to do what I needed to do at the times I needed to do it,” Weatherford said. “Going forward, we have a pretty good hot rod and I feel comfortable in the seat. Let’s go to the next race and see if we can win another one.”

Tanner started the day with a major victory over reigning world champion Kevin Rivenbark, who returned to the driver’s seat of the GALOT Motorsports ’69 Camaro for the special all-star race. Tanner set low E.T. of the round, a 3.681 at 204.66, over Rivenbark’s 3.744. With Jeff Pierce calling the shots, Tanner stepped up to a 3.663 at 203.92 to beat Robert Gallegos and his 6.116 in the semis.