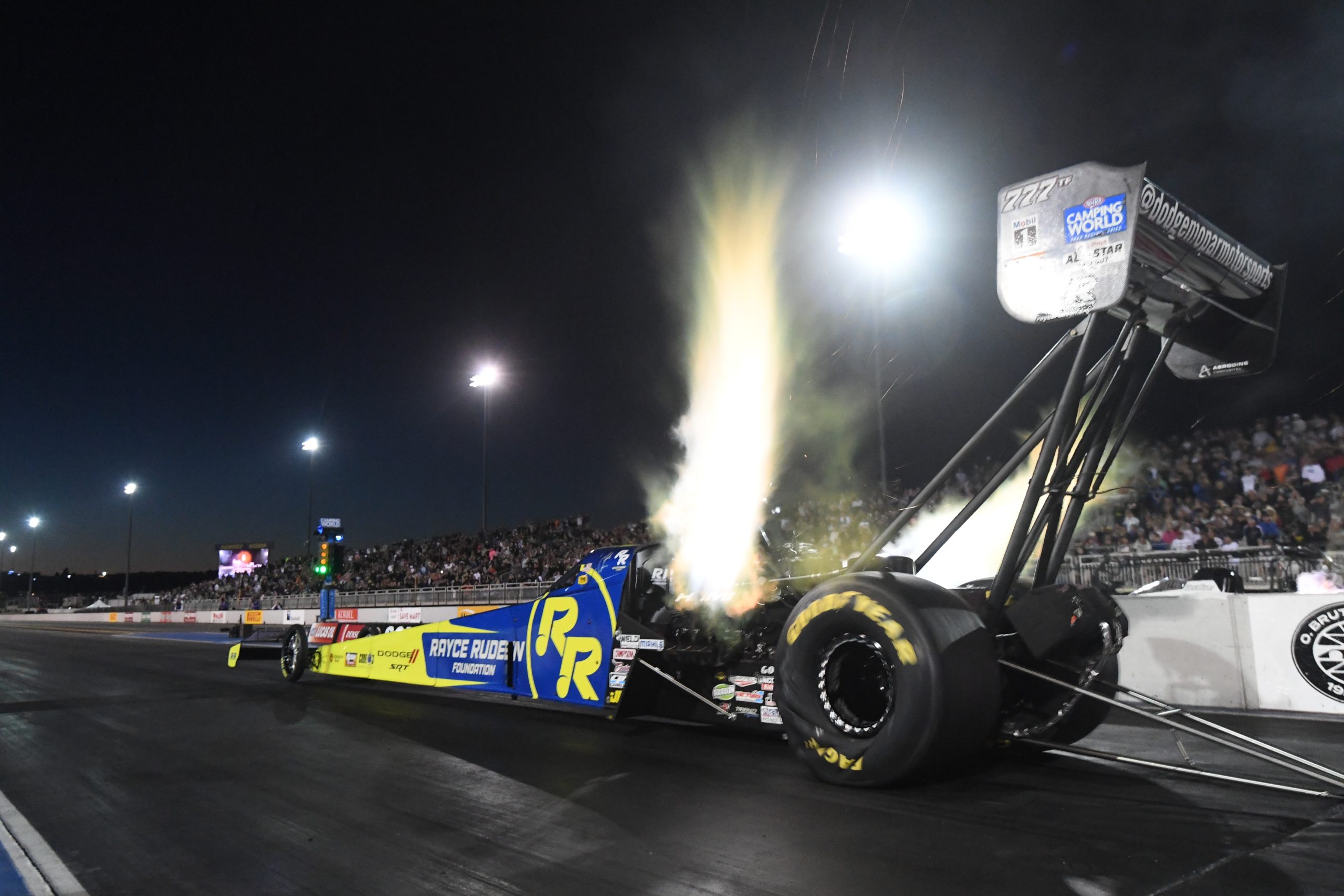 A week after winning in Denver, Top Fuel star Leah Pruett kept rolling on Friday in Sonoma, powering to the provisional No. 1 spot for Tony Stewart Racing at the 34th annual Denso NHRA Sonoma Nationals at Sonoma Raceway.

Pruett went 3.689-seconds at 327.59 mph in her 11,000-horsepower Rayce Rudeen Foundation Top Fuel dragster during the lone qualifying session, putting her on track to qualify No. 1 for the first time this season and the 12th time in her career. It also puts the team on a great path following their Denver win, which only further bolstered the overall desire to add another victory.

“What was most important to this team was starting off in Q1 in a different fashion than we have in the last handful of races,” said Pruett, who was the runner-up in Sonoma last season. “We considered it a little bit conservative, but it gives us a really solid look into our tuning window. The win in Denver was so big for us because it showed us where we needed to improve to do it again and that’s what we’ve prepared for this week.” 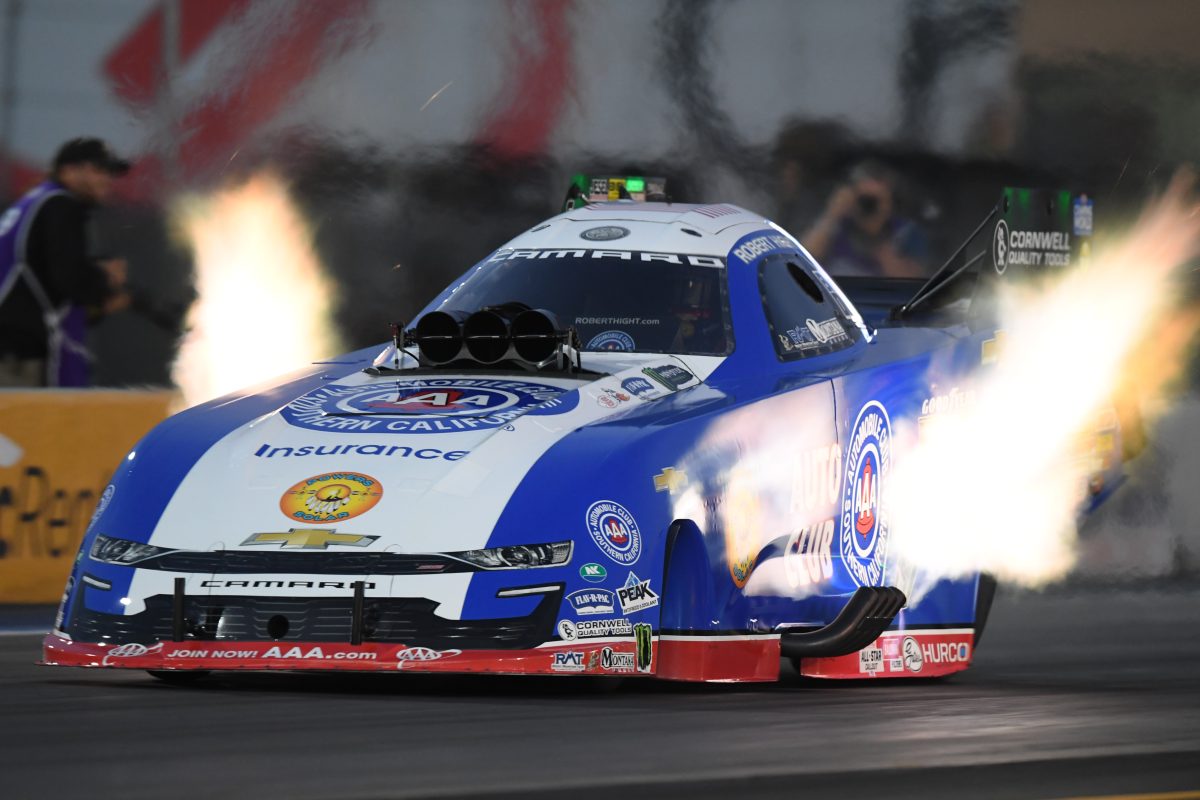 Robert Hight continued his dominant run in Sonoma in Funny Car, making his quickest pass in five years with a stellar pass of 3.825 at 332.75 in his 11,000-horsepower Auto Club Chevrolet Camaro SS. Hight, who is the points leader on the strength of five wins in 2022, has won three straight years at Sonoma and will now try to become the first driver in NHRA history to win four consecutive times. After Friday’s incredible run, he couldn’t have asked for a better start.

“You have to have a gameplan when you come into one of these races. You can’t think of the end result,” Hight said. “You have to go one round at a time and it’s a job well done for this team tonight. We saw what was out there and (crew chief) Jimmy (Prock) and Chris (Cunningham) have a really good handle on this tune-up. I was impressed. When it left the starting line, it really wanted to go right on me. This thing was trucking, and I had to get it back in the groove. At the middle of the race track it was pulling, and I knew it was on a great run.”

Defending world champ Ron Capps took the second spot in Funny Car after one session with his 3.846 at 334.48, while Alexis DeJoria’s 3.867 at 330.63 slots her third heading into Saturday. 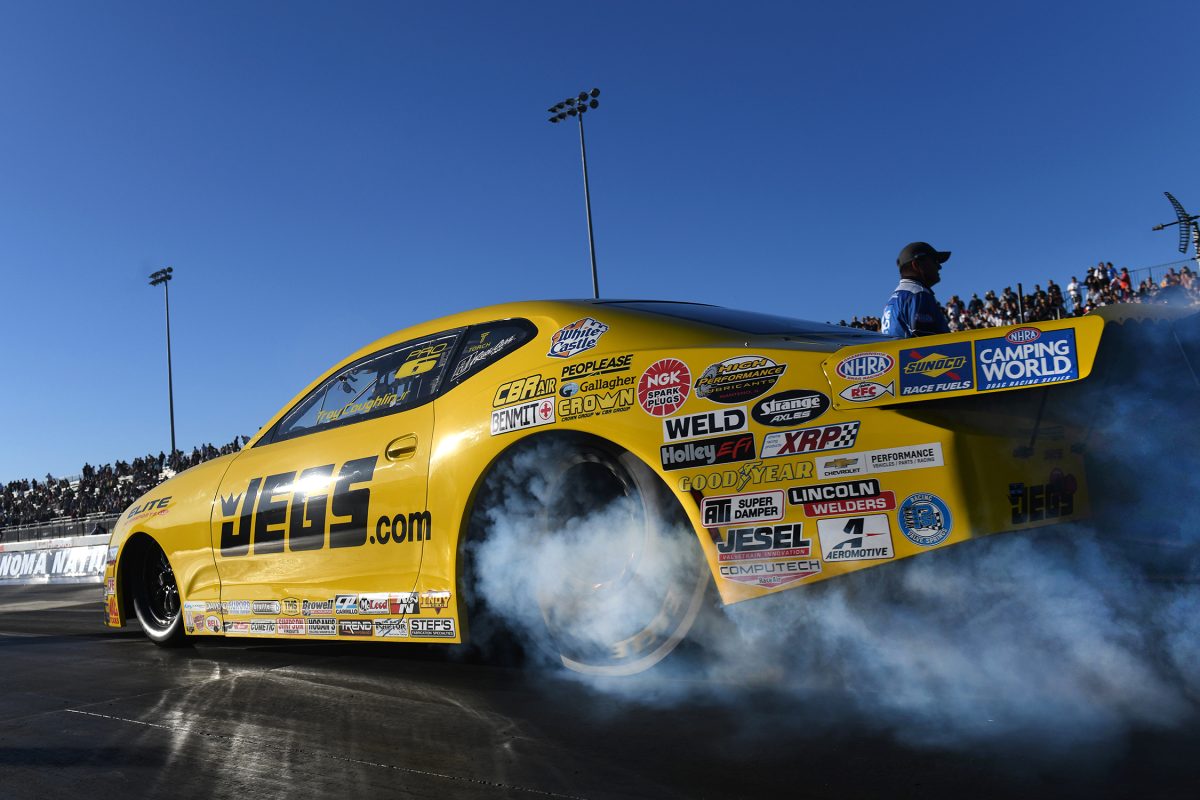 Troy Coughlin Jr. made a strong impression on Friday in Pro Stock, vaulting to the top with a run of 6.549 at 210.87 in his JEGS/Elite Motorsports Chevrolet Camaro. That run would give the young standout his first No. 1 qualifier of the season and the second in his career. Coughlin rebounded from a mid-season slump by going to the semifinals in Denver and he appears to have continued that momentum at Sonoma Raceway.

“We’re very pleased and everyone works so hard on this team,” Coughlin said. “We have one goal and that’s to turn (win lights) on and make good laps. It’s an exciting thing to be a part of. This team is putting a lot of hours in and it shows. They’re so much passion in the pit area and the shop, and there’s not a stone unturned with these guys. I think we’ve got some left in it. We’ll keep a clear mindset, and we just want to stay consistent.”

Mason McGaha’s 6.551 at 210.57 has him second and Kyle Koretsky is currently third after his run of 6.553 at 209.36. Points leader Erica Enders is eighth after the first qualifying session.

After struggling at the past two races, Pro Stock Motorcycle points leader Steve Johnson returned to form on Friday, jumping to the top on his Butter Transportation Suzuki with a standout pass of 6.743 at 198.73. If it holds, it would be the first No. 1 qualifier of the season for Johnson and the eighth in his career. The run was also a welcome sign for the veteran after suffering back-to-back first-round losses. His points lead shrunk to just 10 points heading into Sonoma, but Johnson with pleased with how his weekend opened on Friday.

“Our philosophy was just to get it down the track so we can get data and test some things,” Johnson said. “We really wanted to go ‘A to B.’ We made some good decisions, and we had a good run. That 60-foot was really good and very important to what we do, and that was huge. It’s so important to run well because it’s so hard to ride a Pro Stock Motorcycle and you need the confidence as a rider.”

Qualifying continues at 12 p.m. ET on Saturday at the Denso NHRA Sonoma Nationals at Sonoma Raceway.