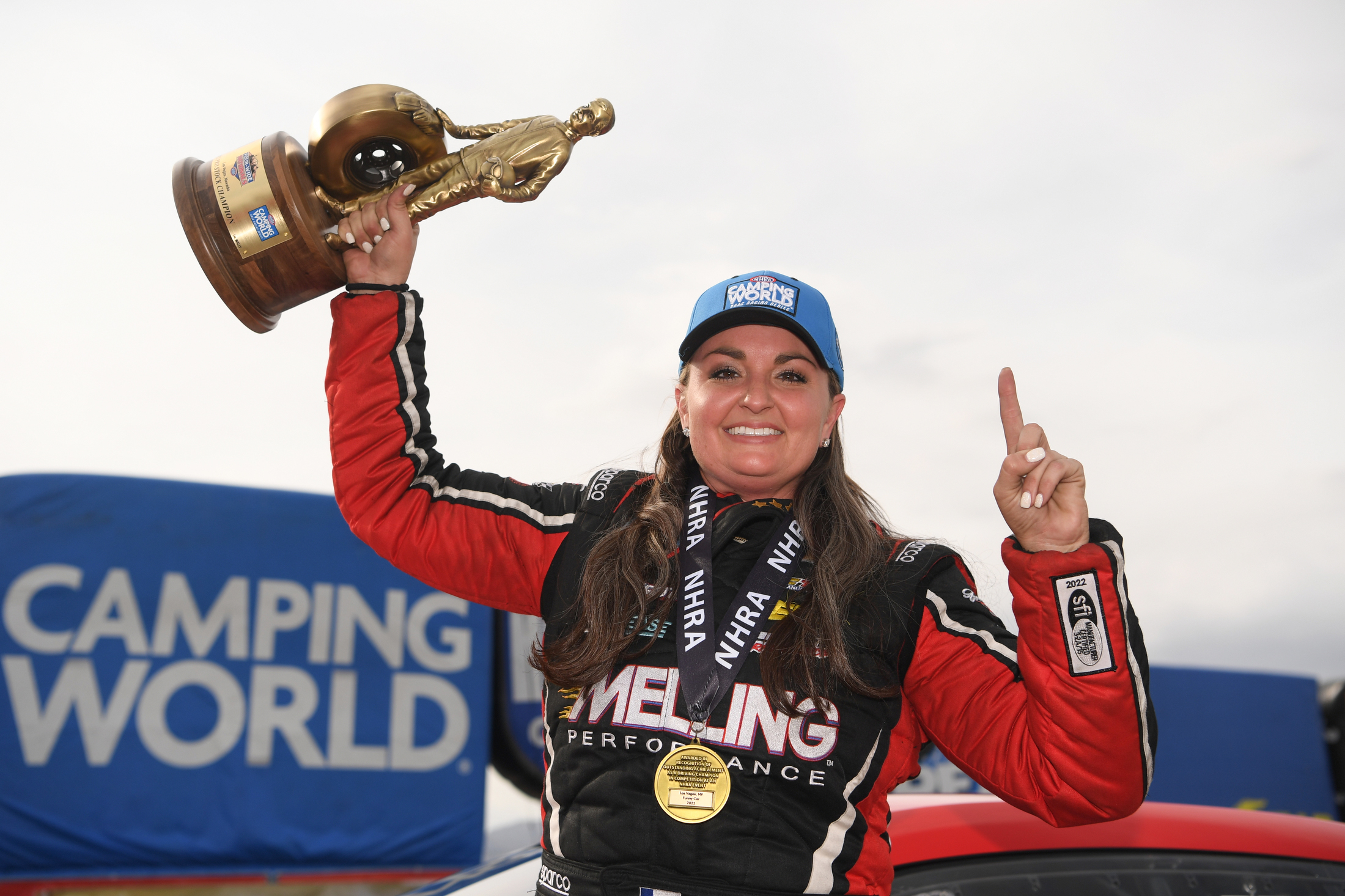 For the second year in a row, Pro Stock pilot Erica Enders emerged victorious at the 22nd Annual NHRA Four-Wide Nationals. With nine wins at the facility, she now holds the record for most wins at The Strip at Las Vegas Motor Speedway, a distinction formerly held by NHRA Top Fuel driver Tony Schumacher, who has eight wins to his name.

The four-time NHRA Pro Stock World Champion was consistently powerful throughout the day in her Elite Motorsports Melling Performance Chevrolet Camaro as she faced her opponents in the nontraditional four-wide format to capture her second Wally of the NHRA Camping World Drag Racing Series season.

Stellar driving and precision tuning led the way to the winner’s circle as Enders secured the 35th Pro Stock win of her career. The fan-favorite started the day from the No. 4 qualifier position with a pass of 6.664 seconds at 206.01 MPH. Coming off of a holeshot loss in Gainesville while setting a world record, she admitted that her confidence was wavering before she made her way up to the starting line.

“Going up there in the first round I wasn’t stellar on the tree but thankfully Mark Ingersoll (Crew Chief) and the guys had my car tuned up and we were able to finish second in that quad getting into the next round,” said Enders. “They have my Melling Performance hot rod tuned up for sure.” 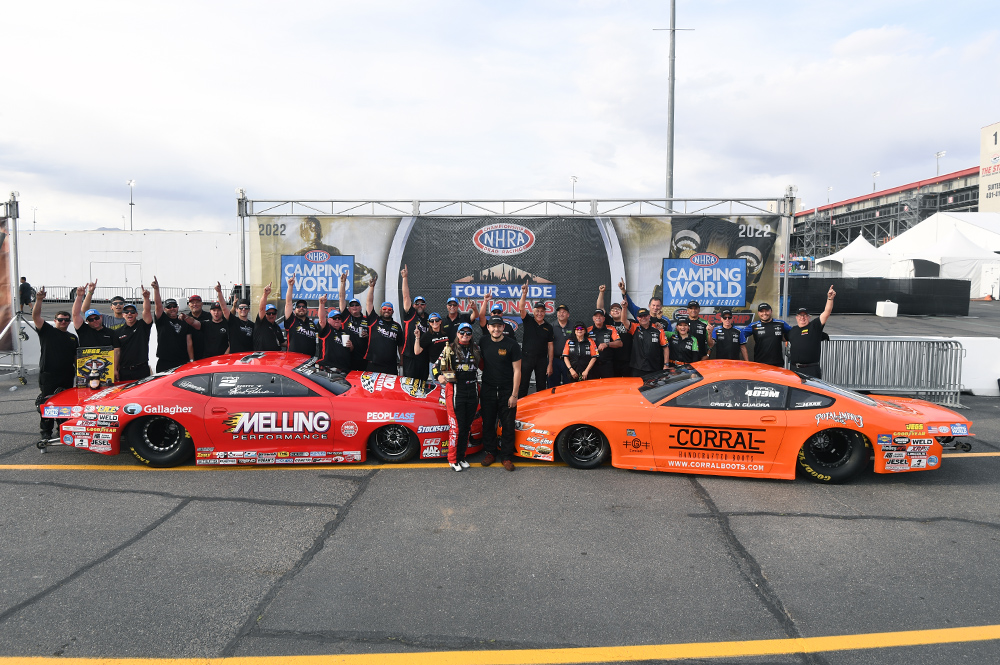 Reflecting on her record-setting number of wins at The Strip at Las Vegas Motor Speedway, Enders said, “Vegas has always been good to me even when I haven’t been good out there. We’ve still been able to turn on win lights consistently and it definitely means a lot to me.”

The back windshield of the Elite Motorsports Melling Performance Pro Stock car carried a special tribute to Pro Mod racer Scotty Oksas, who passed away unexpectedly on March 28.

“He was a really big part of our Elite family,” Enders said. “He was just a happy-go-lucky guy who would light up every room he walked in. I know that sounds cliche but the world’s going to be a darker place without Scotty. We have a greaseboard in our trailer that usually has things to do on it. All that was on there this weekend was, ‘Win Vegas for Scotty O,’ and I’m really thankful to have done just that. He was riding along with us this weekend and this one’s for the Oksas family.”

Next up, Enders will visit her hometown track in Houston for the NHRA SpringNationals April 22-24, which will be the final NHRA Camping World Drag Racing Series event ever held at Houston Raceway Park.