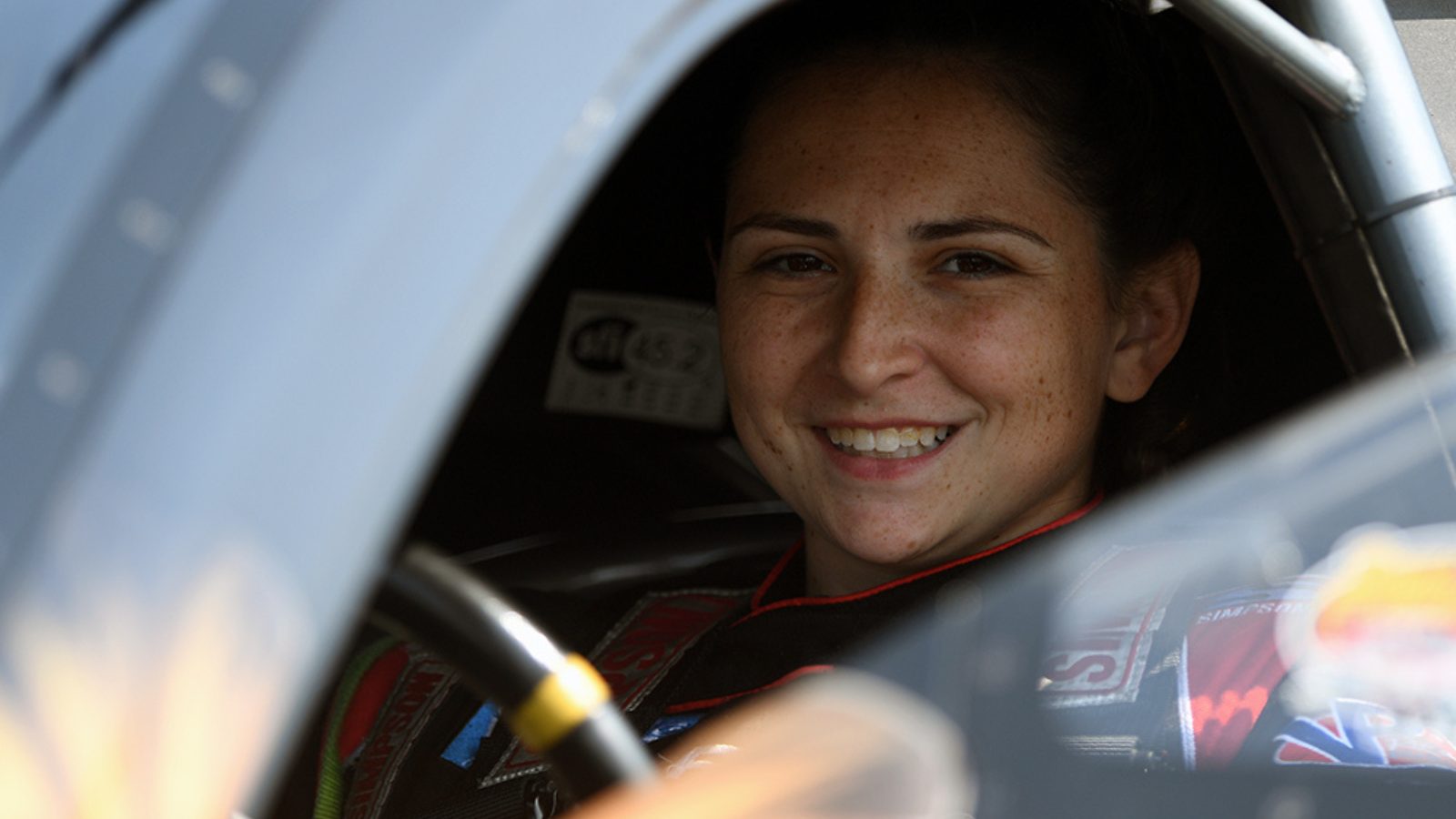 Racing in the first of six playoff races of the 2022 NHRA Countdown Pro Stock rookie Camrie Caruso qualified well and faced a tough first round opponent. During the Pep Boys NHRA Nationals at Maple Grove Raceway Caruso, the front-runner for NHRA Rookie of the Year, drove her Tequila Comisario Chevrolet Camaro race car to the No. 11 qualifier position after two days of qualifying. Her best run in qualifying, 6.565 seconds at 206.23 mph, set her up for a first round race against Pro Stock veteran Aaron Stanfield.

In the opening round Caruso, who beat Stanfield two weeks ago at the U.S. Nationals on a hole shot in the first round, was once again first off of the starting line. Her reaction time advantage was .026 to .039 seconds, but it was not enough to hold off a charging Stanfield at the stripe. As both Camaros crossed the finish line stripe it was Stanfield’s 6.580 second run out in front of Caruso’s 5.595 second pass.

“We are in the Countdown. We just have to work a little harder to win this championship,” said Caruso, a third generation racer. “That is still the goal. It was not ideal to have Aaron in the first round but that is how you get better. Racing tough opponents. We have beaten him before, but today wasn’t our day. He is a great racer. I am happy with how well my team has pulled together and hopefully we can do some damage over these next five playoff races.”

Throughout the regular season Caruso faced and defeated some of the toughest Pro Stock competitors in recent memory. In her first Countdown Caruso entered the playoffs in eighth place. It was a great start for a rookie and after today’s early exit she slipped to tenth but with five races remaining the driver who lives in Denver, North Carolina, has a shot at winning the Camping World Drag Racing Series world championship. A sellout crowd on Saturday and a near sellout on race day showed Caruso and the Tequila Comisario team the playoffs have a different feel.

“I loved the playoff atmosphere at Maple Grove Raceway this weekend. It felt like a really big race,” said Caruso. “The Koretskys did a really great job promoting this race. It was sold out on Saturday and there were a ton of people here today too.”

With the race broadcast nationally on FOX a whole new audience was introduced to the rising star in Pro Stock. In less than a week Caruso will be back on track looking to make a move up the points during the Carolina Nationals at zMax Dragway.