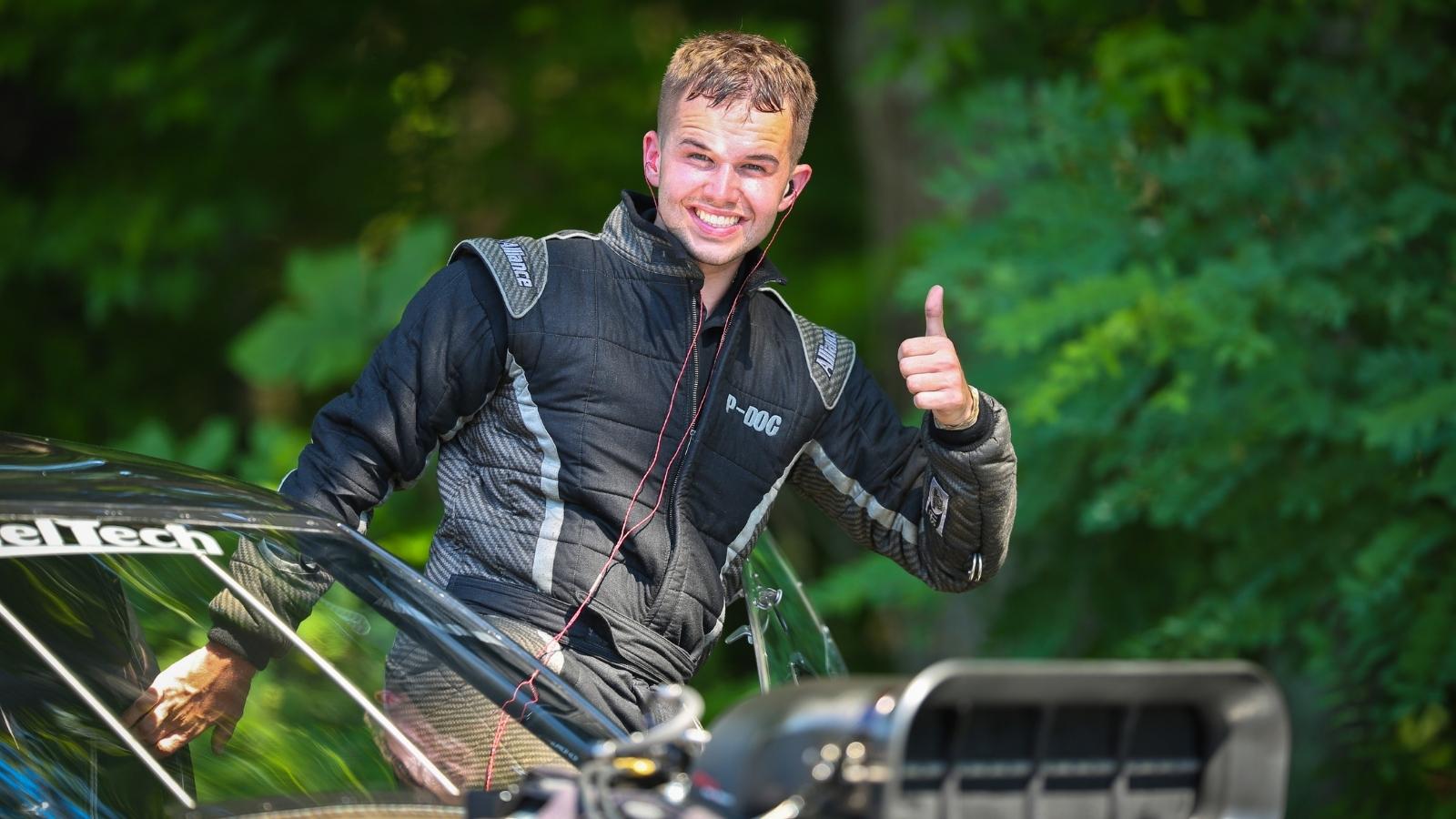 Brother-sister duo Preston and Lexi Tanner won PDRA Jr. Dragster world championships together in 2016, and now they’re competing for world championships together in the pro classes. Just two races after Lexi earned her first win in Pro 632, Preston raced to victory in Pro Boost for the first time in his screw-blown “Sweetheart” ’15 Corvette. Tanner used a slight holeshot advantage and a 3.665 at 204.11 in the final round to defeat Todd “King Tut” Tutterow, who beat Tanner in the final round at the Doorslammer Derby earlier this year.

“This win means everything,” said Tanner, who also reached the final round at the recent Summit Racing Equipment ProStars special event. “It means not giving up on the people who surround you and believing that you can win and just keep digging. That’s what we kept doing.”

“That dude’s a living legend at this point,” who thanked Tutterow’s Wyo Motorsports for providing the team’s horsepower, along with tuner Jeff Pierce, crew member Chad Crawford, parents Andy and Missy, sister Lexi, and supporters like M&M Transmission, G-Force Race Cars, Manhattan Collision Centers, and Talbert Manufacturing. “Just to go up against him or even get a round win, let alone a race win against him, it means everything. For our team, it just shows that we can hang with him and hang with the best.”

Tutterow, who has two wins this season in his screw-blown P2 Contracting/FTI Performance ’20 Camaro, qualified third. He used a 3.735 to beat Kevin McCurdy in the first round. The veteran driver and tuner then met up with P2 Racing teammate Kurt Steding, who went red, forfeiting a 3.703 to fall to Tutterow’s 3.707. Tutterow earned lane choice for the final round with his 3.67 at 207.11 victory over Rob Cox and his 3.723.