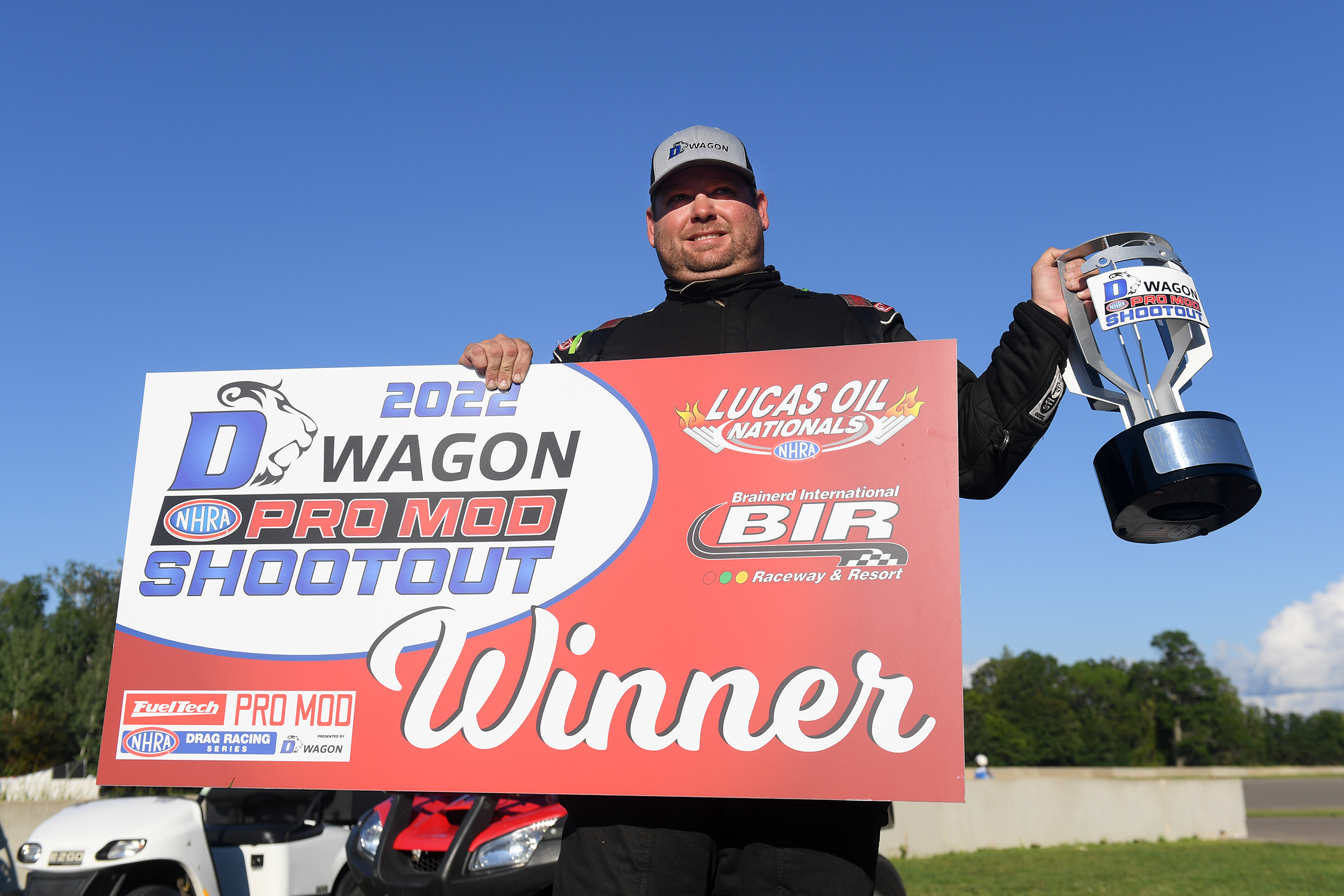 Kris Thorne turned in another fantastic performance during his 2022 season in the FuelTech NHRA Pro Mod Drag Racing Series presented by D-Wagon, driving to the victory in the D-Wagon NHRA Pro Mod Shootout specialty race on Saturday at Brainerd International Raceway.

It marked the first-ever specialty race for the NHRA Pro Mod category and Thorne, who is also the points leader in the class on the strength of three victories, claimed another memorable moment, beating two-time world champion Stevie “Fast” Jackson in the final round. Thorne’s run of 5.762-seconds at 250.88 mph in his ProCharger-powered Camaro was easily enough to knock off Jackson, who got loose early in the run.

Thorne claimed more than $11,000 for winning the shootout as his 2022 continues to be one to remember.

“Everything went according to plan and the team did a great job,” Thorne said. “I want to thank the D-Wagon folks for putting this on for the Pro Mod class. My guys did a great job getting the car down the track, giving me a car that could win. We had a good tune-up in the car against Stevie and I just had to make sure I was on my game.”

Thorne knocked off Khalid AlBalooshi, Mike Thielen and Justin Bond, who won last weekend in Topeka, to reach the final round of the shootout. He was also great on the starting line through all four rounds, turning in a .020 reaction time in the final round. His pass of 5.725 at 250.41 in the second round on Saturday also gave Thorne the No. 1 qualifier position for Sunday’s NHRA Pro Mod race, which is powered by Stinar in Brainerd, as he looks to claim two victories in one weekend.

“We’ve had really good success so far this season and it’s been a great weekend already in Brainerd,” Thorne said. “We won the shootout and if we can take the money on Sunday, too, we would be really fortunate.”

Jackson reached the final round thanks to wins against Lyle Barnett and Mike Castellana. He also qualified second with a run of 5.734 at 253.33.