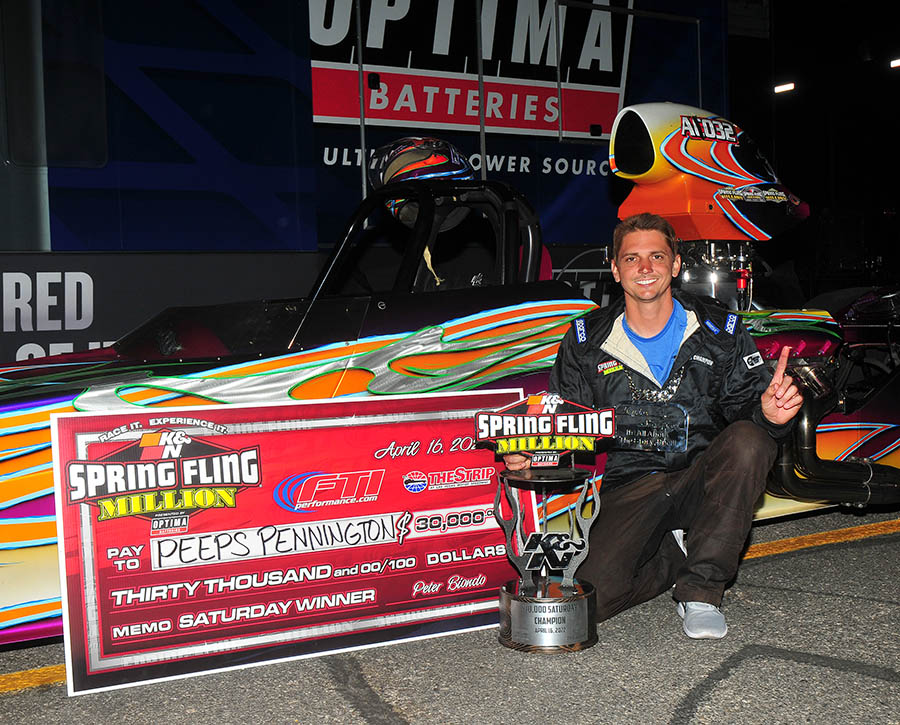 The last Fling trophy and big check would be handed out on FTI Performance $30,000 Saturday at the K&N Spring Fling Million presented by Optima Batteries. 500 drivers staged up for the first round in hopes of leaving the facility a 2022 Fling event winner.

What was left of the $60,000 in prizes and product was dealt as the number of cars that returned for each round lessened. The two remaining Laris Motorsports Insurance Pro drivers met in round six, in which Brian Cireddu eliminated Wyatt Ezell after a .019 bulb and took .008 to be dead-on seven for the win.

In the semifinals, Pennington was .008 with a .009 advantage on the tree to secure his spot in the final round, while Myhre was perfect on the tree again and ten thousandths above to remove Lithgow from competition. 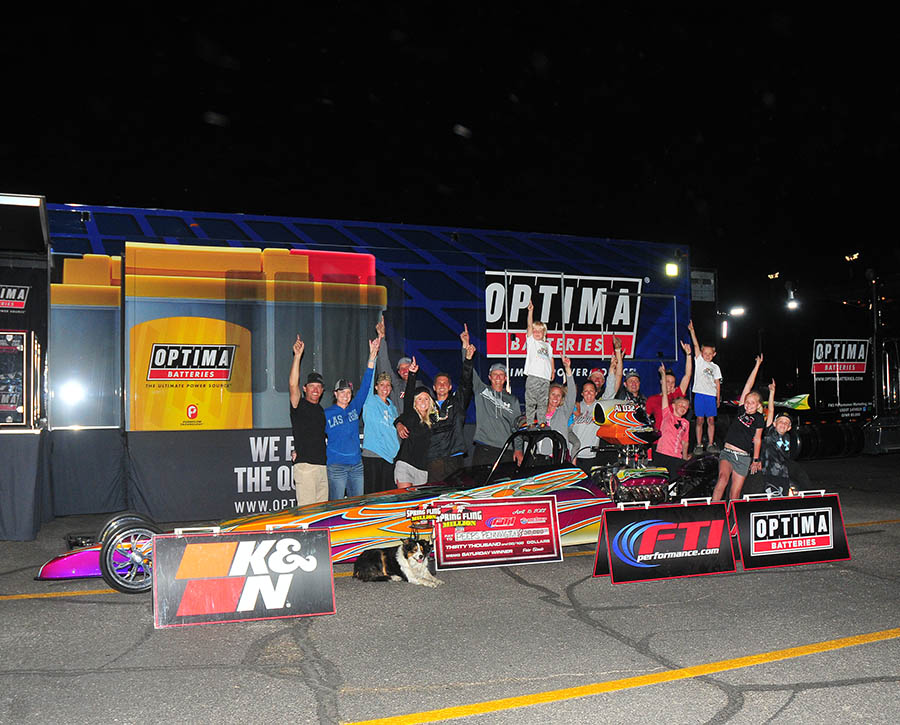 For the last $30,000 big check of the weekend, Pennington laid down the third perfect run of his career to capture the FTI Performance Saturday win. The former Spring Fling Million champion locked out Myhre who was .009 and three thousandths under the dial.

In just 10 days the Fling Team will arrive at GALOT Motorsports Park in Benson, NC for the east coast RAD Torque Systems Spring Fling presented by Optima Batteries happening April 26-30. Wednesday will be a $15,000-to-win warm-up, Thursday and Saturday $30,000-to-win, while the main event on Friday will pay $100,0000-to-win.