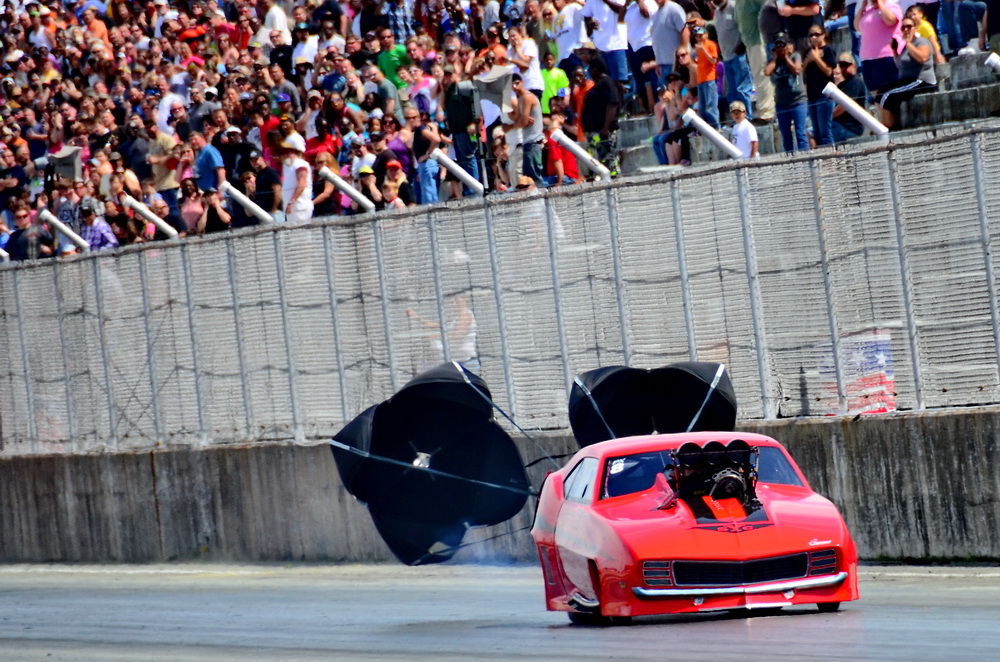 Building on the overwhelming success of its inaugural event last month at Rockingham Dragway in North Carolina, the Professional Drag Racers Association (PDRA) is heading this weekend (May 8-10) to South Georgia Motorsports Park (SGMP), near Valdosta.

“We had full grandstands, a great car count and record-setting performances at Rockingham and I expect to see more of the same at Valdosta,” PDRA Race Director Bob Harris said. “I invite everyone to come out and watch the very best eighth-mile drag racing in the world, PDRA style.” 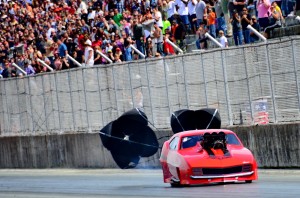 At Valdosta, Stanton and Dillard will contend with fellow Pro Extreme stars including Mick Snyder, John Stanley, Joey Martin, Jason Scruggs, Gene Hector and Frankie Taylor, who actually made an unprecedented 3.48-seconds pass at Rockingham, marking the first time for a doorslammer to dip below three-and-a-half seconds in the eighth mile. Taylor’s run didn’t stand as the official record, however, since he was unable to back it up with another pass within the required one percent.

In Switzer Dynamics Pro Nitrous, Jason Harris made the first 200-plus-mph pass in a nitrous car equipped with an automatic transmission on his way to the Rockingham win, while former Top Sportsman star Lizzy Musi also exceeded the 200-mph mark in her Pro Nitrous debut. They will face tough competition this weekend from the likes of Travis Harvey, Tommy Franklin, John DeCerbo, and former class champ Mike Castellana with his legendary crew chief Shannon Jenkins. 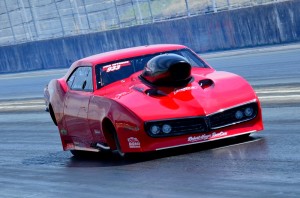 Veteran driver and tuner Todd Tutterow went into the record books as the first-ever winner of the PDRA’s exclusive new Precision/Proline Pro Boost class, but it will be a new challenge at SGMP, where he’ll battle against teammate Kevin Rivenbark, along with Adam Flamholc, Todd Moyer, Doug Winters and Georgia’s own Jimmy Blackmon, among others.

Two-time class champ Cary Goforth (top image) flexed his muscle with the Aruba Extreme Pro Stock win at Rockingham, but his father and team owner, Dean Goforth, will provide some competition at the PDRA Georgia Drags, as will past champion John Montecalvo and longtime class regulars Cale Aronson, John Pluchino and Richard Penland.

The two-bike team of former class champions Eric McKinney and Ashley Owens performed as expected at Rockingham, with McKinney taking the first PDRA Pro Extreme Motorcycle win, but top qualifier Paul Gast will be looking to go one better at Valdosta. 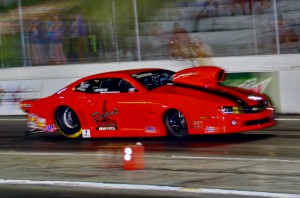 Thursday (May 8) is reserved as an open test session day for all PDRA racers on the all-concrete SGMP eighth mile, with Friday continuing the test session for four hours beginning at 10 a.m., followed by two complete rounds of qualifying for all classes starting at 3 p.m. that afternoon. A third and final round of qualifying beginning at 11 a.m. will open Saturday’s schedule, with a pre-race ceremony set to go at 2:30, followed by elimination rounds and a jet car exhibition to close out both Friday’s and Saturday’s action.

Complimentary tickets to the inaugural PDRA Spring Open are available at many retailers and commercial outlets in the South Georgia Motorsports Park area, or can be printed for free from the PDRA web site at www.pdra660.com/free-tickets/2014/ga-drags. Parking is $20 per vehicle daily.