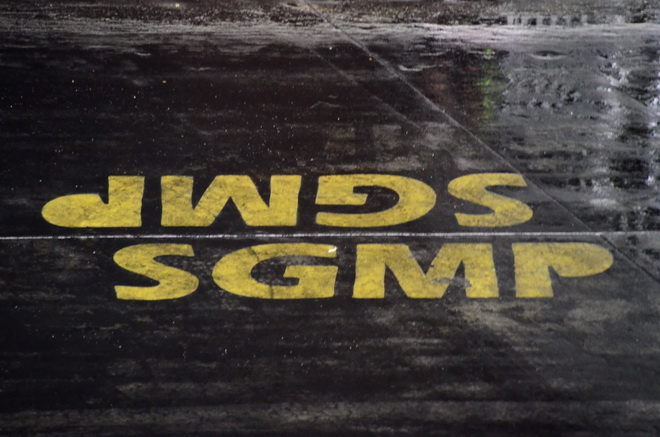 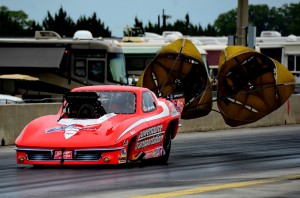 With only the semi-finals and finals left to be run for all classes at the Professional Drag Racers Association (PDRA) inaugural Georgia Drags, rain began falling about 8:30 p.m. at South Georgia Motorsports Park (SGMP), near Valdosta.

With an 11 p.m. curfew looming and more rain forecast throughout the night, PDRA officials made the decision to postpone all remaining elimination rounds, with racing scheduled to resume at 9 a.m. Sunday morning (May 11). No spectator tickets or parking fees will be required for admission to SGMP on Sunday, PDRA Race Director Bob Harris said.

“We regret having to delay the finish of the Georgia Drags, but unfortunately there’s nothing we can do other than wait this out and get started again in the morning,” Harris said. “It’s been a great event up to this point, though, with full grandstands and some outstanding action on the track and I expect that to continue, so I invite everyone in the area to come on out and see some truly great PDRA drag racing absolutely free tomorrow.” 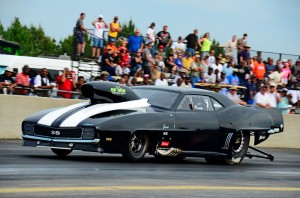 In NAS Racing Pro Extreme, Alabama’s Brandon Snider and former class champion Mick Snyder from Indiana will face off in a pair of ’63 Corvettes in one semi-final, while the other finalist will emerge from a race between the 2014 Camaro of Florida’s Joey Martin and the Mississippi-based ’69 Camaro of Bubba Stanton, another former Pro Extreme champ.

Harris’ son, Jason, who won the PDRA season opener last month in his home state of North Carolina, will pit his ’68 Firebird against the ’69 Camaro of Travis Harvey in the semis for Switzer Dynamics Pro Nitrous, with Pennsylvania racer John Camp and his ’69 Camaro also reaching the semis against Bob Rahaim, yet another past class champion in a similar ride. 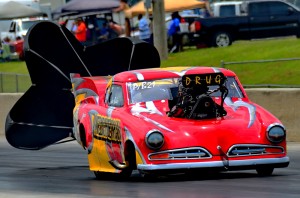 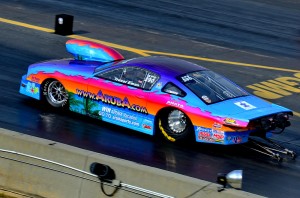 With only an eight-car field in Aruba.com Extreme Pro Stock, North Carolina’s Richard Penland pulled off the upset of the day in round one when he and his 2010 Mustang got the better of number-one qualifier and former class champion John Montecalvo. Penland will face the 2011 Mustang of Aruba’s own Trevor Eman in the semis, while Rockingham winner and two-time champ Cary Goforth and his Oklahoma-based 2013 Camaro will race the North Carolina-based ’09 Mustang of Lester Cooper.

The nitrous-boosted Pro Extreme Motorcycle field also included only eight qualifiers, but they actually made it through two rounds of competition, leaving only number-one qualifier Travis Davis from nearby Douglas, GA, to face off against North Carolina rider Ron Procopio to determine the PDRA Georgia Drags champion. 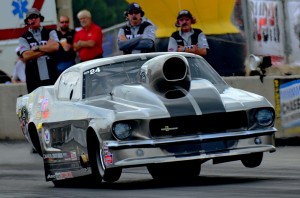 In the Magnafuel Top Sportsman high-speed bracket class, Billy Albert and his ’02 Camaro from Virginia reached the semis against Dylan Stott and his ’67 Mustang from North Carolina, with the winner to advance against either Georgia’s Edd Haddock and his ’68 Camaro or Dan Ferguson in another ’02 Camaro from North Carolina. Meanwhile, Georgia racer Danny Payne will go up against top qualifier Melissa Hutson in one semi for Top Dragster, while Florida’s Brian Bedman will make a solo pass into the final.