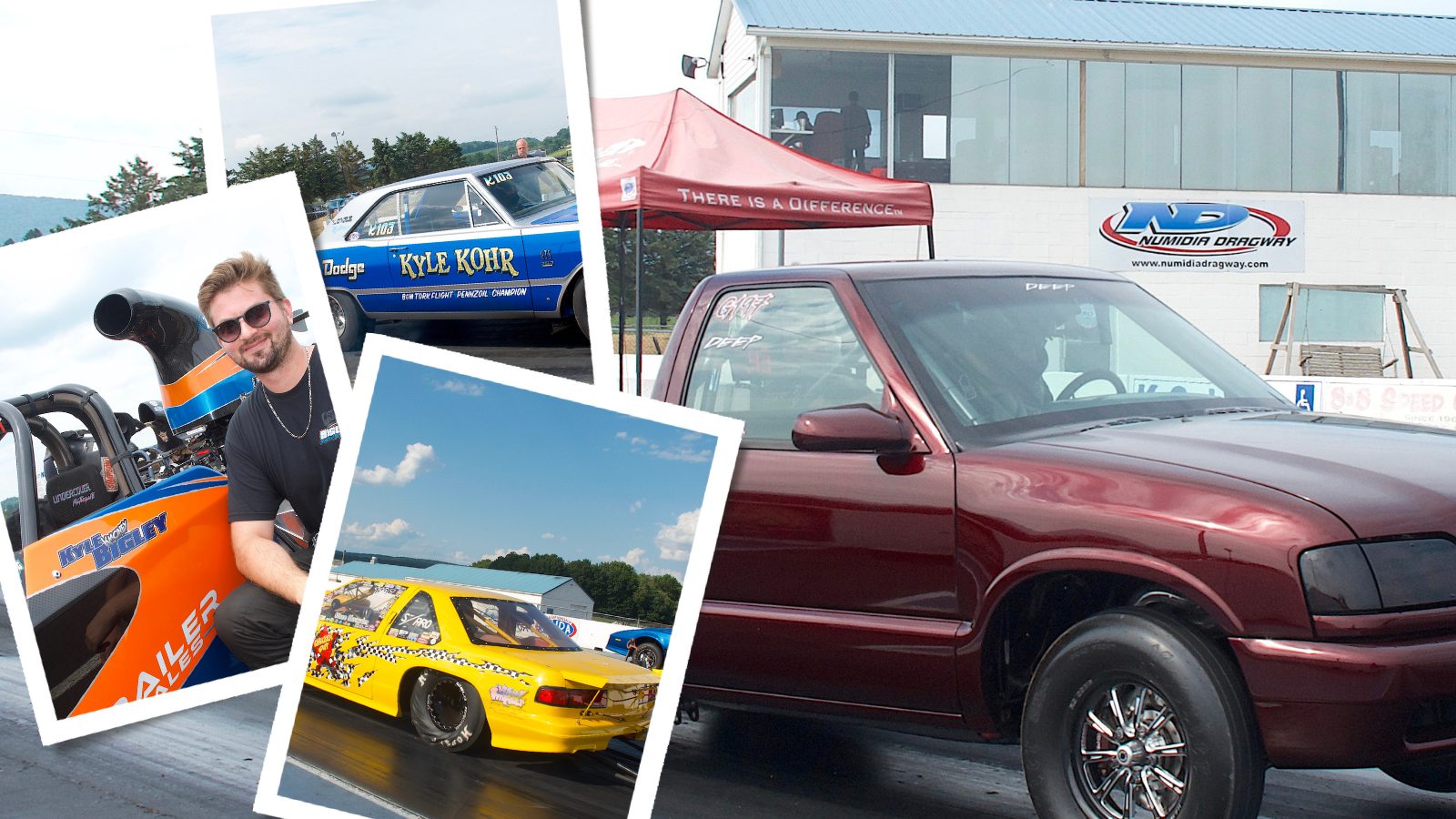 Pennsylvania’s Numidia Dragway has had a busy year, kicking off its 2022 season in mid-April, slightly later than anticipated due to rainy conditions. Regardless of the later start, a test-and-tune session was held mid-month, followed by a pair of back-to-back bracket points races to launch the new season.

Unfavorable weather returned in May, forcing a postponement of the scheduled import vs. domestic race known as Cinco de Mayo. “The weather was rough on us early on this season, but we’re doing better now,” says track owner Bob DiMino, who’s been operating this scenic NHRA-sanctioned, quarter-mile facility along with his family for the last 15 years.

Typically, they schedule roughly 18 bracket points races per season, figuring on completing about 14 of them. No matter the event, the DiMinos are famous for never cutting the purse…ever! “We’re a racing family, so we try to do things that we ourselves would appreciate. If I tell you that you’re coming to race for 10 grand, then I’m paying you 10 grand,” DiMino says.

In May, the track held its second annual Spring 150 with tremendous results. “My son, Vinny, runs this race, and it sold out last year in 10 minutes,” DiMino says.

With that kind of success, it’s no surprise that Vinny decided to make this a twice-yearly attraction at Numidia, holding one event in the spring and then again later in the year. The events feature a hefty purse and a catered meal on Friday night, featuring Numidia’s legendary food offerings, which are regarded as some of the best in the business. “All of our food is homemade from ingredients we get out of New York,” Bob says. The track is widely known for its cheesesteak sandwiches and homemade Italian Ice.

Another successful event held in June was the Mutt and Jeff Promotions race, which was heavily attended over the course of four days. July was a huge month of racing and featured the Independence Showdown, followed by the Lucas Oil divisional, and also the Jim Harrington Bracket Nationals, a featured race that Drag Illustrated attended. The event featured three days of big-money purses, including $50,000 to win in Saturday’s Top ET main event.

Kyle Bigley took home the huge payday on Saturday, as the 2019 Drag Illustrated 30 Under 30 honoree got past Jesse Alberts in the finals. Other winners from the weekend include Dan Northrup, who collected Friday’s $20,000 payday after getting around Adam Bochon. Grant Nichols collected the $10,000 Top ET 64-car Shootout win on Friday night after defeating Greg Hicks. In Pro ET, Kyle Kohr claimed the $5,000 purse with a win over James Young. Sunday’s final $20,000 payday went to Stace Shrawder after getting past Billy Duhs in the finals. Mike Fornwalt’s win in Pro ET on Sunday put a period on the event.

July’s racing calendar at Numidia was also a busy one, with additional events that included the Class Racer Nationals, featuring a vast field of Stock/Super Stock entries. July closed out with a pair of Summit Series point races, plus the LTPD Car Show and a visit from the popular nostalgia group MANDRA.

Tons of bracket racing was on tap for August, including the Summer 150. September ushers in more dial-in events paying good purses, particularly on Labor Day Weekend with a $10,000 to win in Super Pro and $5,000 to win in Pro ET, backed up by a $5K and $3K held the following day. October closes out the season with four separate events known as October Bucks.

The Pennsylvania winters are typically brutal, so the DiMinos usually shut down after October. “Even if the weather is still decent, by October, we’re all ready for a break!” Vinny concludes.