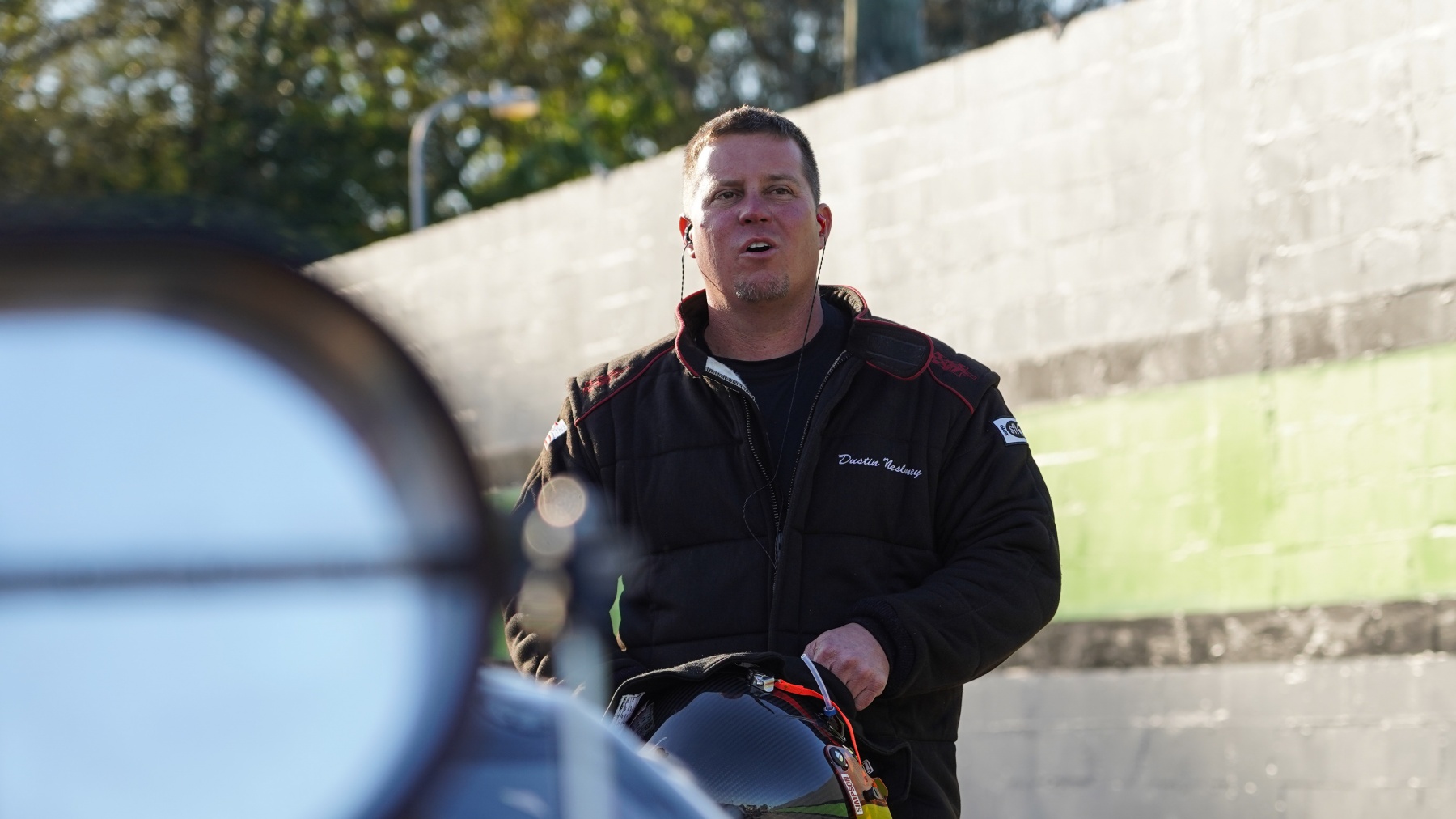 Longtime boat racer Dustin Nesloney moved over to land-based Pro Modified drag racing in search of a new challenge. He found that and then some, competing in the Mid-West Drag Racing Series, where the Texas native won the 2022 Pro Mod championship. Now, Nesloney has his sights set on the $100,000-to-win 2023 Drag Illustrated World Series of Pro Mod, March 3-5, at Bradenton Motorsports Park.

“I’m definitely proud and honored to be invited to run with some of the top guys in Pro Mod,” said Nesloney, who won three races in five final-round appearances this season. “To be able to run against people that I’ve looked up to and admire is going to be an awesome deal.”

Even though Nesloney’s ProCharger-boosted ’17 Camaro proved itself throughout the 2022 MWDRS season, it will soon be replaced by a brand-new Camaro. The new car will continue to use a ProCharger-boosted engine prepared by Pro Line Racing and tuned by Brandon Stroud.

“We’re going to do some testing, and the plan is to actually debut that car at the World Series if everything works out,” Nesloney said. “If we’re not happy with it, we’ll end up running the black car that we won the championship with. Some people might say it’s crazy, but you’ve constantly got to be progressing with technology on these cars. If not, you’re going to get left behind.”

Nesloney had plenty of success racing boats over the years – and he’s not necessarily done with boat racing – but he’s been pulled in by the pure competition in Pro Mod racing.

“If you bring one of these things up to the starting line, whether it’s the first round or the final round, you better be on your game,” Nesloney said. “If you’re not cutting .030 lights and running a stout number, you’re done. And it doesn’t really matter what association you’re running, you better run that car as hard as it’ll run, whatever the track will handle. If not, you’re probably going to lose.”

The 2023 WSOPM will be Nesloney’s second Drag Illustrated event after competing in the quarter-mile World Doorslammer Nationals at Orlando in 2021. He believes the new eighth-mile WSOPM format will attract an even more competitive field.

“This is going to be the cream of the crop of every outlaw Pro Mod series out there, so I look for the competition to be fierce,” Nesloney said. “I expect it’ll be no different than the Snowbird Nationals [at Bradenton] last year where you had 32 cars qualified within a little over a tenth of each other from No. 1 to 32. It’s definitely an honor to be invited.”

For an updated list of invited drivers and other event updates, visit www.WorldSeriesofProMod.com.