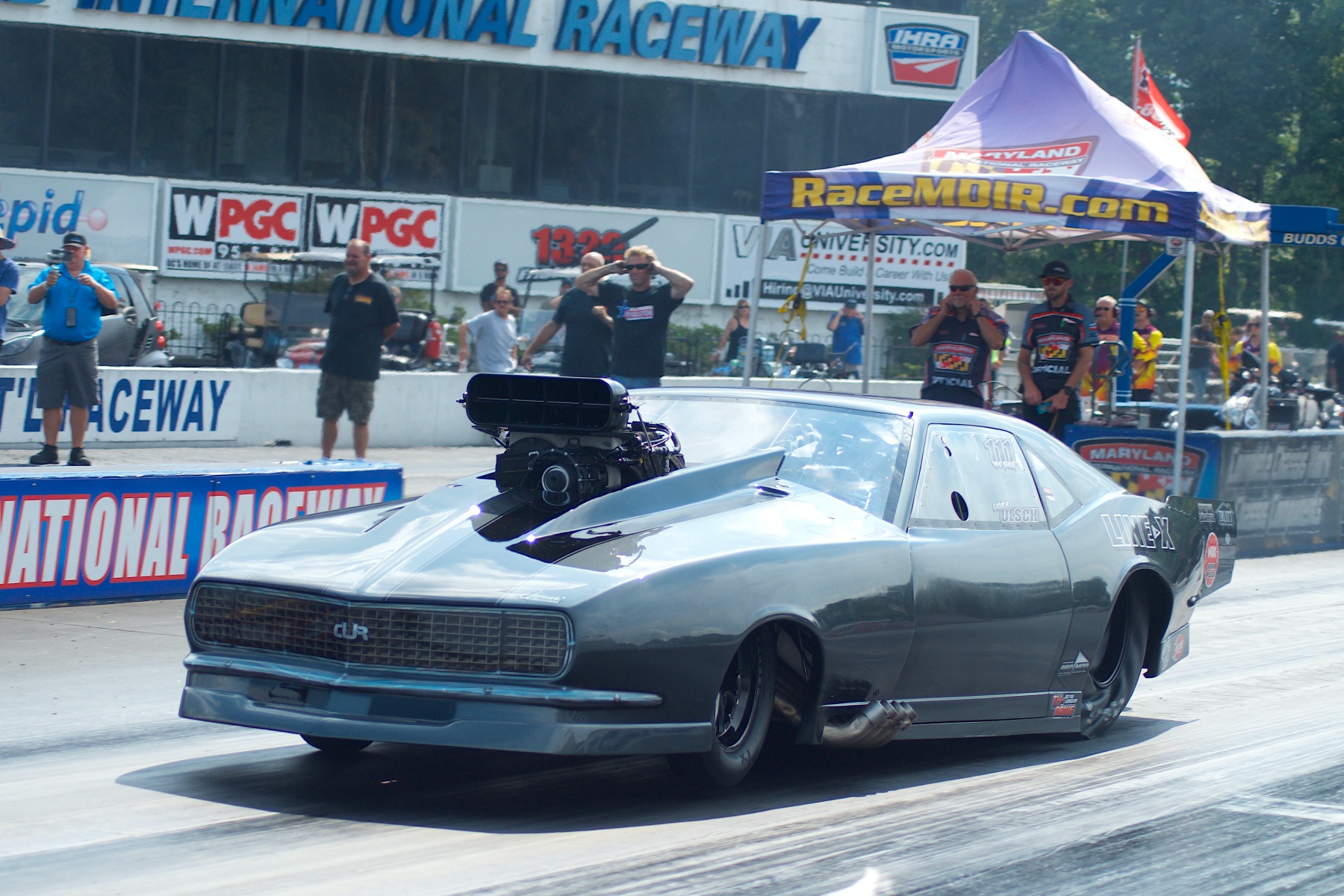 The Northeast Outlaw Pro Mod Association (NEOPMA) will kick off its 30th anniversary season this weekend at Maryland International Raceway’s 14th annual Atomizer Racing Injectors Door Wars presented by ATI Performance Products, April 29-May 1. NEOPMA has a rich history at MIR, and the club will build on that this weekend at the first of three 2022 appearances at Budds Creek.

“This is our 30th year and we’re working energetically to make it a banner year,” said John Mazzorana, president and founder, NEOPMA. “We want to make this a memorable season for everyone involved. At every race we’re going to have a BBQ or pizza party for all of our drivers and their teams. Aside from the racing, we’ll have an atmosphere of enjoyment and fun.”

There are a number of championship contenders confirmed for this weekend’s race, including past champions Fredy Scriba and his nitrous-fed “Sorcerer” ’69 Camaro, as well as Steve King and his screw-blown “Savage” Corvette. Defending champion Mike Decker Jr. is back with his screw-blown Decker’s Salvage “Big Change” Camaro, and his son, Mike “Hollywood” Decker III, will also compete for the title.

“Scriba has already told me he’s looking to win the championship this year, as is [Dave] Norris and [Andy] Jensen,” Mazzorana said. “The King/Pilot/Miller team are so hungry to win the championship. Joe Newsham is brand-new to us, but he’s going to be a solid player. Mike Decker Jr. is saying his son is going to be a real competitor, but he’s here to kick everybody’s butt again.”

Maryland is an appropriate starting point for the 30th anniversary NEOPMA season, as the track has hosted the club perhaps more than any other track on the tour. Once again under the ownership of Royce Miller and family, MIR is having a historic season of its own. NEOPMA will also race at MIR August 19-20 and Sept. 30-Oct. 1 for the $30,000-to-win 30th anniversary season finale.

“Royce has promised to make it a better track than ever before,” Mazzorana said. “He’s trying to recapture the excitement and enthusiasm around the old MIR, which I’ve always thought it had. That track is always fantastic and we really enjoy racing there.”

Mazzorana was one of the three “founding fathers” of the NEOPMA when it started as the Northeast Pro Shootout Association in 1992. He’s stuck with the club over the last three decades, leading it through the twists and turns the industry has taken during that time. Going into the 30th season, he can’t help but beam with pride.

“I believe we’re the longest lasting Pro Mod club in the country,” Mazzorana said. “We’ve outlived several other associations around the country. We’ve never had issues paying our racers. I’m proud that we’ve had racers racing with us since day one. The Scriba team raced with us very early on and they’re still with us racing for championships. It’s wonderful to know that there are so many people who are loyal to the club.

“I think the reason for that loyalty is the club was designed by the racers for the racers from the beginning,” Mazzorana continued. “Our goals have always been to provide value to the tracks, to provide money to the racers with reasonable payouts, to provide good, safe places to race, and to provide entertainment for the spectators.”

Mazzorana hasn’t done it all alone, though, as he praises the NEOPMA officials and series sponsors for the role they’ve played in the group’s success.

NEOPMA qualifying begins Friday at 8 p.m. and continues Saturday with sessions at 2 and 6 p.m. Eliminations will begin with one round on Saturday at 8 p.m., followed by the completion of eliminations Sunday starting at 11 a.m.