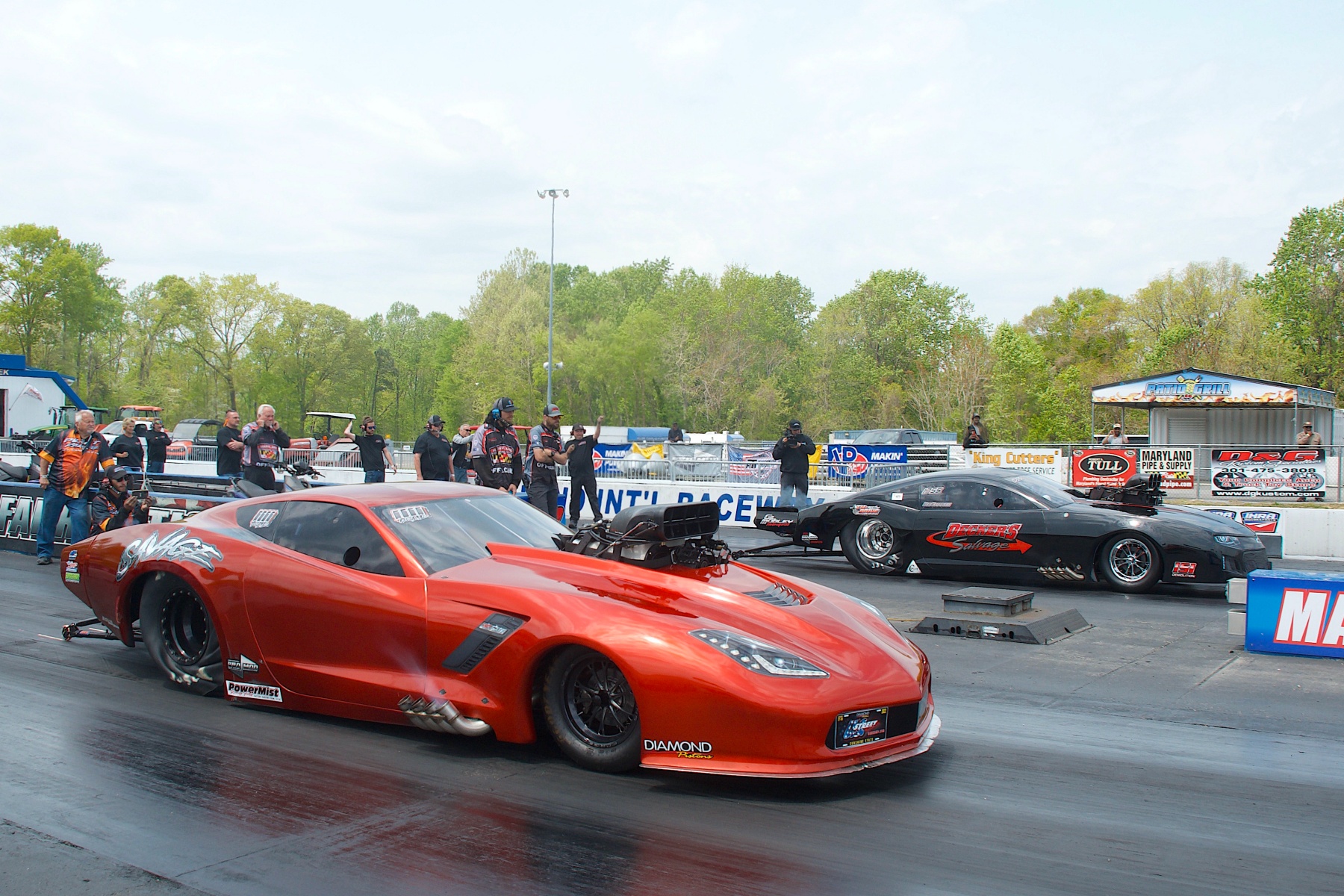 The Northeast Outlaw Pro Mod Association (NEOPMA) is continuing its 30th anniversary season with a return to New Jersey’s historic Atco Dragway this weekend, May 13-14, for the track’s Pro Mod Warz. It’s the second race on the 2022 NEOPMA schedule, which includes eight points races and an eight-car invitational race.

Since last racing at Atco in 2019, the series made the switch from quarter-mile competition to eighth-mile racing. The group has seen an uptick in racer participation since making the change. Weather dependent, at least 16 cars are expected to compete at Atco this weekend.

“I think we can expect a really great show,” said John Mazzorana, founder and president, NEOPMA. “We’re not going to have as many cars, but we will have great racers like the Deckers, Fredy Scriba, the King/Pilot/Miller team, Chuck Ulsch, Dave Norris, and Rob Hunnicutt, as well as new NEOPMA racer Joe Newsham. We’ll have a lot of fast cars; we just won’t have the volume. Like many others in the industry, a lot of our racers are having trouble getting parts.”

Atco Dragway is the oldest operating dragstrip in New Jersey with roots dating back to the early 1960s. While NEOPMA hasn’t been racing there that long, the club does have an extensive history at Atco.

“We’re delighted to get back to Atco,” Mazzorana said. “This track has always been friendly to NEOPMA. The club and most of our racers have been racing there on and off for the last 25 or 30 years. It’s a convenient location for a lot of our members. It’s a quarter-mile track, so there’s plenty of shutdown area to get these 3.60-second cars slowed down. We’re excited that this is our maiden voyage down the track in almost three years.”

NEOPMA and Atco officials are keeping an eye on the forecast, which does include a chance of showers on Saturday, and will make schedule adjustments as needed. The plan is to run a competitive points race while putting on a show for the New Jersey fans.

“Assuming the weather cooperates, we’re expecting to see several cars in the 3.60s again,” Mazzorana said. “We saw some fantastic side-by-side racing at the season opener at Maryland, and I’m sure that will continue at Atco.”

NEOPMA qualifying begins with one session Friday evening, followed by sessions at 10:30 a.m. and 12 p.m. on Saturday. Eliminations will follow Saturday afternoon.