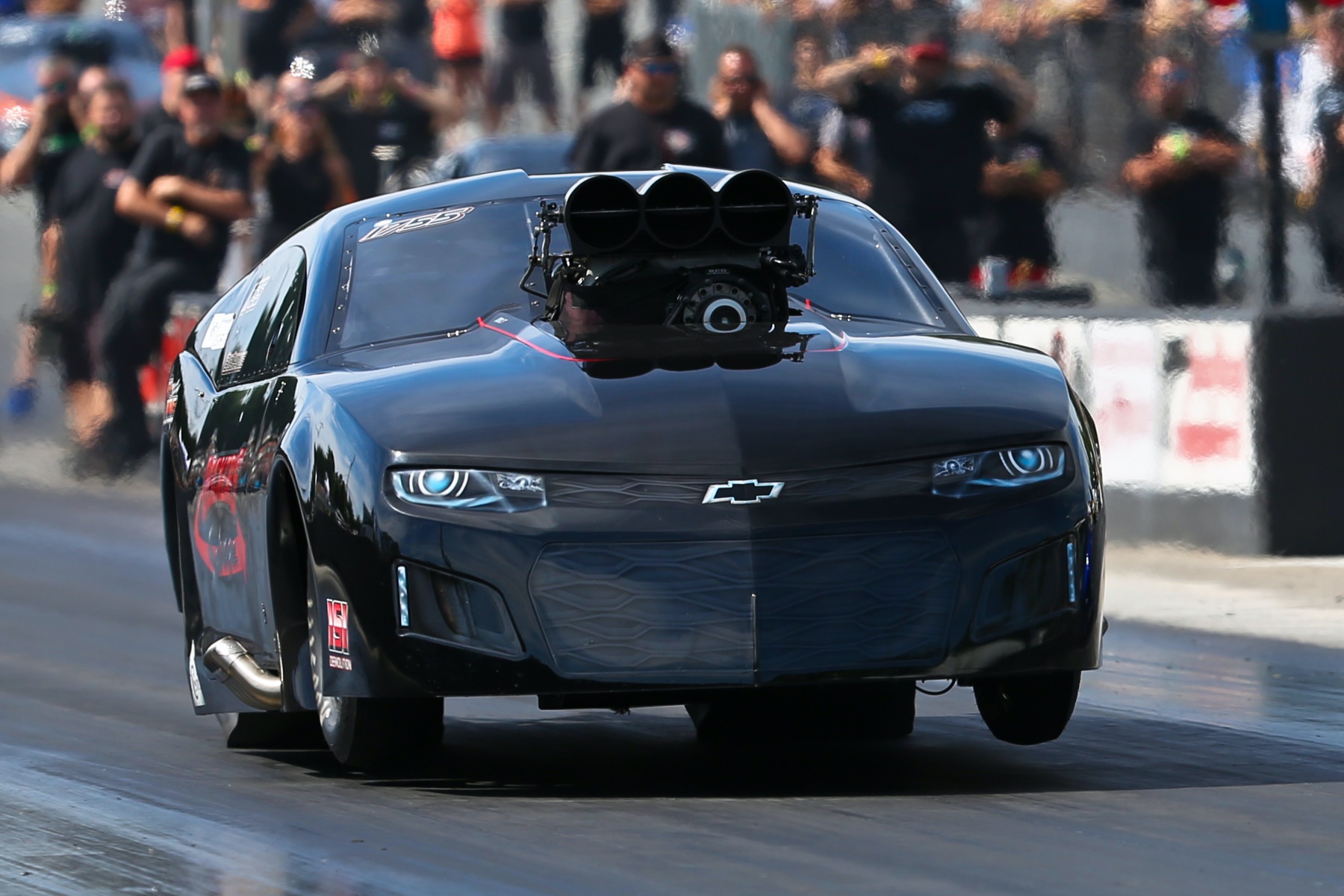 “At this race, each round is like a big victory,” said Decker, a former Outlaw 10.5 standout. “To come in and win the race back to back, it’s unbelievable. We’ve been to the final round at all three Yellowbullet races that we’ve been to since moving over to Pro Mod. Very grateful to my guys and the people who stand behind us to do this.”

Decker, who also won the NEOPMA season opener at Maryland International Raceway and the Empire Northeast Outlaw Pro Mod Challenge II, lined up with Melanie Salemi in the $30,000-to-win Church View Farms Pro Mod final round, with Decker taking a starting line advantage in his screw-blown Decker’s Salvage “Big Change” ’17 Camaro. He charged on to a 3.596-second pass at 209.56 MPH to finish ahead of Salemi and her 3.599 at 206.04, capping off an ultra-competitive weekend.

“I told my father before we ran, ‘Look, it’s going to be close. It’s going to be close, but we’ll give it our best. If Melanie beats us, then the better driver won. That’s just how it’s going to be.’” Decker said. “To run 3.59 side by side with her, that was a race. In the second round, I saw Jason Lee’s car beside me the whole time. When I raced Melanie, I didn’t see nothing. She was right there. It was wild.”

Between the holeshot win in the second round and the starting line advantage in the final, Decker felt he found redemption after holeshot losses at the last two NEOPMA races.

“The last two races, the driver threw it away,” Decker said. “Not that you should win every race, but I had the car to win the race [at those races]. Coming into the race, I was making some changes and I said, ‘Lord, I need help.’ These guys work too hard for me to throw these races away like this.” 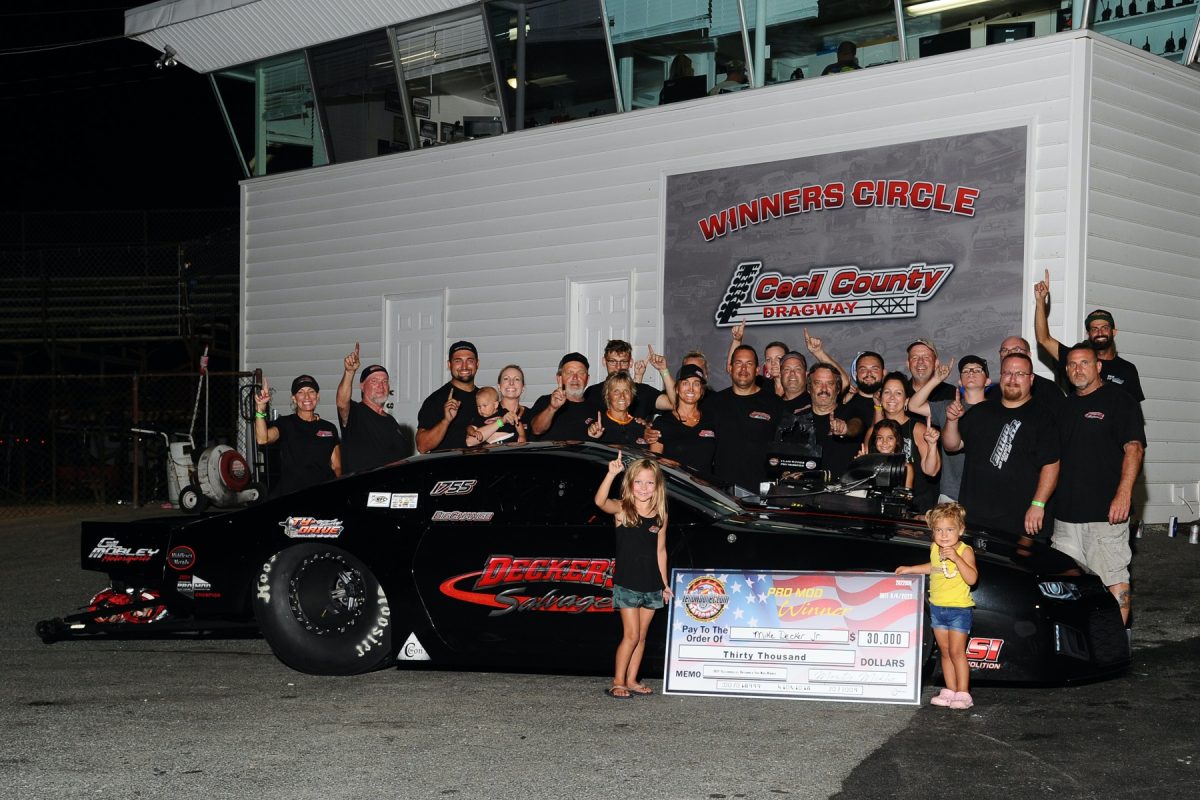 “It’s all my guys, my wife [Joy], my father, and the Tutterows, which are an extended part of our team,” Decker said. “Me and Todd talked last night before we left the track. It ain’t about the money, it’s about the bragging rights. But I said, ‘Think about it, we took all the money.’ Wyo Motorsports took all the money. Todd won the shootout, then we won the race and we got the No. 1 qualifier bonus. It was a good deal out there. I thank my guys for standing behind me. They don’t give up.”

The 16-car qualified field in Pro Mod was separated by just over a tenth of a second, as Decker’s 3.605 was on top and Steding’s 3.71 was on the bump spot.

“What an exciting weekend of Pro Mod racing,” said John Mazzorana, founder and president, NEOPMA. “We saw a huge field of quick, fast cars, and I’m proud to say 18 of them were NEOPMA members or regulars. From our defending champion, Mike Decker Jr., to a longtime supporter of the club, Kurt Steding, the field featured some of the best racers NEOPMA has to offer. We appreciate Jim Halsey and everyone involved with the Yellowbullet Nationals for including us again this year.”

The NEOPMA will celebrate its 30th anniversary season with a special 30-30-30 race at Maryland International Raceway, Sept. 30-Oct. 2. Mazzorana is trying to attract 30-plus cars to help the club celebrate, and the winner will walk away with $30,000.

“We’re really excited about our 30th anniversary race at MIR in a few weeks,” Mazzorana said. “Our guys always run fast at MIR in the fall, so we should see some big runs and more thrilling side-by-side races. It will be the perfect way to close out what has been a special season.”