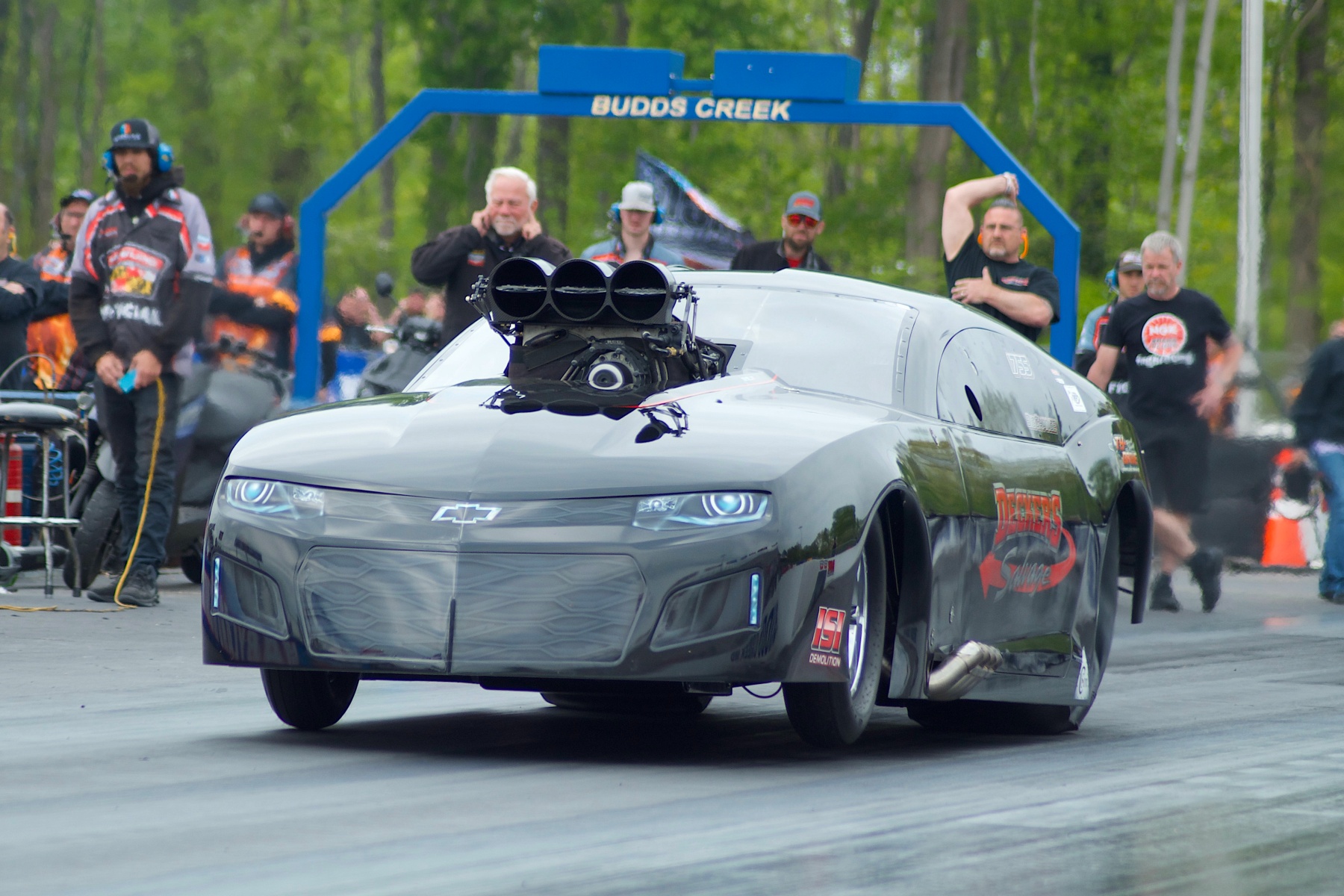 In anticipation of persistent rain from Hurricane Ian, Maryland International Raceway (MIR) has canceled this weekend’s Superchargers Showdown, which was to include the Northeast Outlaw Pro Mod Association (NEOPMA) $30,000-to-win 30th anniversary season finale. While the Superchargers Showdown will not be rescheduled, NEOPMA has moved its 30-30-30 race to the 2023 Door Wars race, April 28-30 at MIR.

“We were really looking forward to an exciting weekend, but the weather just wasn’t going to make it possible to complete this event as planned,” said John Mazzorana, founder and president, NEOPMA. “We had 38 teams planning on racing with us, so it was going to be a huge race. We appreciate Royce Miller and the MIR team making the call as early as possible to save everyone the trip. We hope everyone stays safe through the storm, and we look forward to seeing our racers, fans and supporters back at MIR in the spring.”

“For the second year in a row, Mike Decker Jr. and his team fought hard and won the championship,” Mazzorana said. “Congratulations to Mike and the Decker’s Salvage team on this well-earned accomplishment. I’d also like to congratulate our runner-up, Kevin McCurdy and the Hard Racing team, as well as Steve King, who finished third in points with the King/Pilot/Miller team. Finally, thank you to each and every one of the drivers and teams that raced with us this year.”

Mazzorana and NEOPMA officials are already looking ahead at 2023, the club’s 31st season. While they’re still confirming the complete schedule, the series has revealed its plans for a $31,000-to-win celebration at the season-opening Door Wars at MIR, April 28-30. Once again, Mazzorana is hoping to attract 31 cars or more.

For more info and further announcements regarding the 2023 season, visit www.NEOutlawProMods.com and the NEOPMA Facebook page.