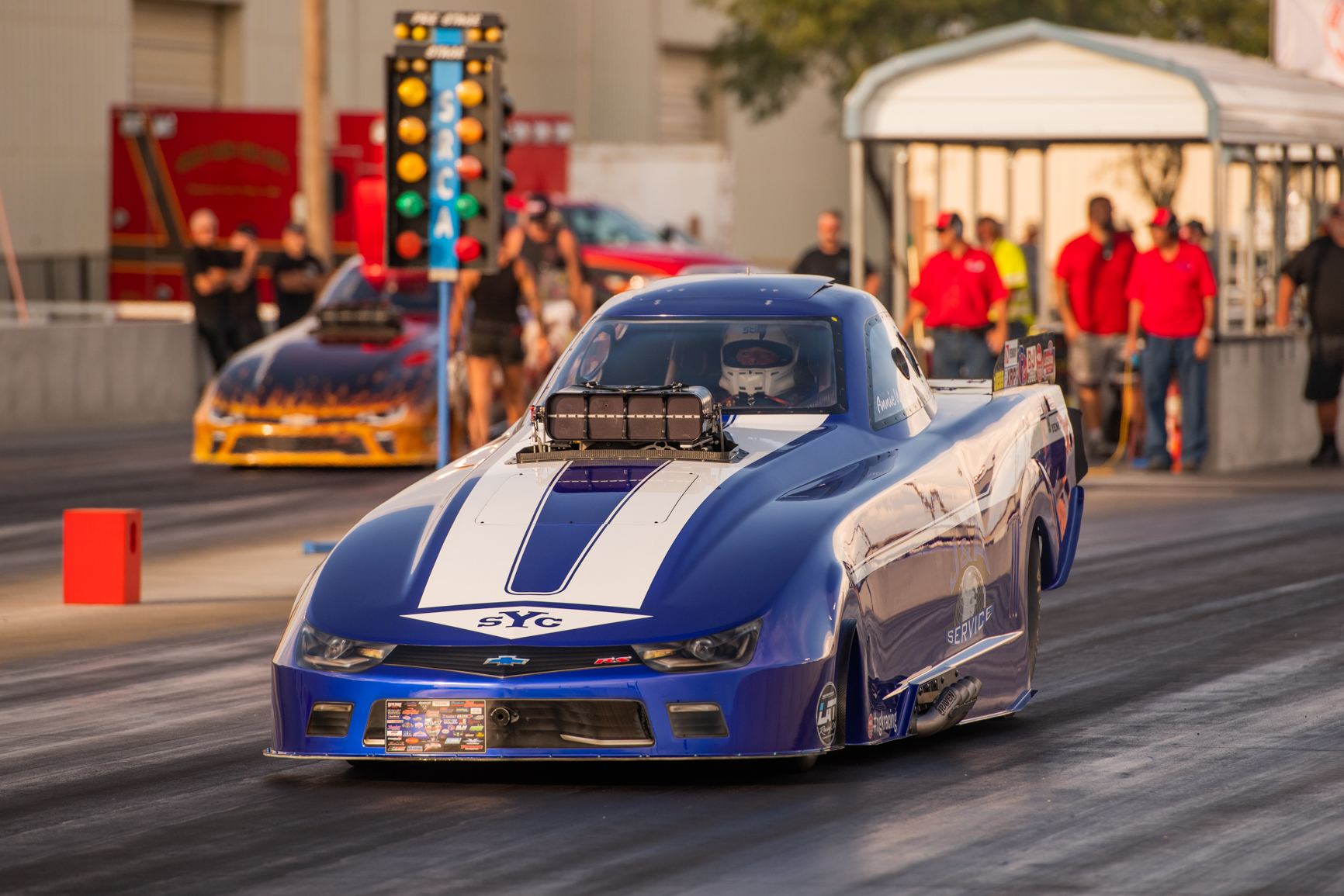 A month after completing a double event in Tulsa, the Summit Racing Equipment Mid-West Drag Racing Series (MWDRS) presented by J&A Service is moving on to SRCA Dragstrip for the second annual Great Bend Nationals, June 3-4. It’s the first of two June races before the series takes the summer off.

“Everything was great about this track last year and we’re excited to go back this year,” Haney said. “We had great runs last year and a great event. It was the very first track to hold an NHRA national event, and it’s just exciting that we get to bring our show there. The staff at the place is awesome – they’re all volunteers. Their EMS team is on point. The track prep was great. Everything was great.”

The track has hosted sportsman racing for many years, but the 3.60-second Pro Mods are entirely new to the historic facility and area fans.

“That area has never seen what we’re bringing to them,” said Haney, who also competes in Pro Mod. “They didn’t realize what we were bringing until last year. As we keep racing there, the local fans will hopefully know were coming and can make plans to come out and be a part of it.”

The MWDRS Great Bend Nationals is also a welcomed new attraction for racers throughout the area. Local racers joined the series for the first time last year, while MWDRS regulars have had to adjust to the track’s unique conditions.

“It is a different altitude there, so a lot of people have to get there and test,” Haney said. “We are going to be at 5,000 feet of altitude. It’s quite a bit different than everybody is used to running in, so it makes it interesting. We also get to pick up a lot of new racers from Colorado and all those areas that don’t usually get to be a part of our series. Some of those people that raced with us here for the first time here last year continued to race with us throughout the rest of the year. The series continues to evolve in the Midwest, and we’re excited about the future at Great Bend as well.”

The Great Bend Nationals is the fourth of eight events on the 2022 MWDRS schedule. At the last event, the spring Throwdown in T-Town at Osage Casino & Hotel Tulsa Raceway Park, the series completed eliminations from the Memphis Nationals as well as the Tulsa race.

“We accomplished something you don’t see often, and that’s completing two races at one event,” Haney said. “We even gave up one whole day to rain. The series has done amazing things when it comes to getting these races in. We’re confident in what we do. We’re not perfect by any means, but the series works very hard to get every single race in for our marketing partners and people who believe in the series and continue to support us.”

While preparing for the SRCA race, Haney is also looking ahead at the Summer Speed Spectacular at World Wide Technology Raceway near St. Louis. It’s just two weeks after the Great Bend Nationals, and it’s on pace to be one of the marquee events of the season. Along with the usual MWDRS lineup, the event will include nitro-burning dragsters and motorcycles, as well as jet cars and more.

“The AA/FD front-engine Top Fuel dragsters are joining us for the first time,” Haney said. “It’s a big deal for us to add these Top Fuel cars to the show. It just shows that the series continues to evolve. We also have Top Fuel Motorcycles for St. Louis. It’s going to be one heck of a show.”

Fans and supporters who can’t make it to the race can tune in to the official event livestream on MAVTV Plus. An event recap show will also air on MAVTV later in the summer.

MWDRS and SRCA Dragstrip will offer testing for all Great Bend Nationals racers from 12-5 p.m. on Thursday and 10 a.m. to 3 p.m. on Friday. Competition begins with Jr. Dragster qualifying at 5 p.m. and pro qualifying at 6 and 8 p.m. Saturday’s on-track action starts at 9 a.m., with the third pro qualifying session set for 11 a.m. Pro eliminations will kick off at 6 p.m.