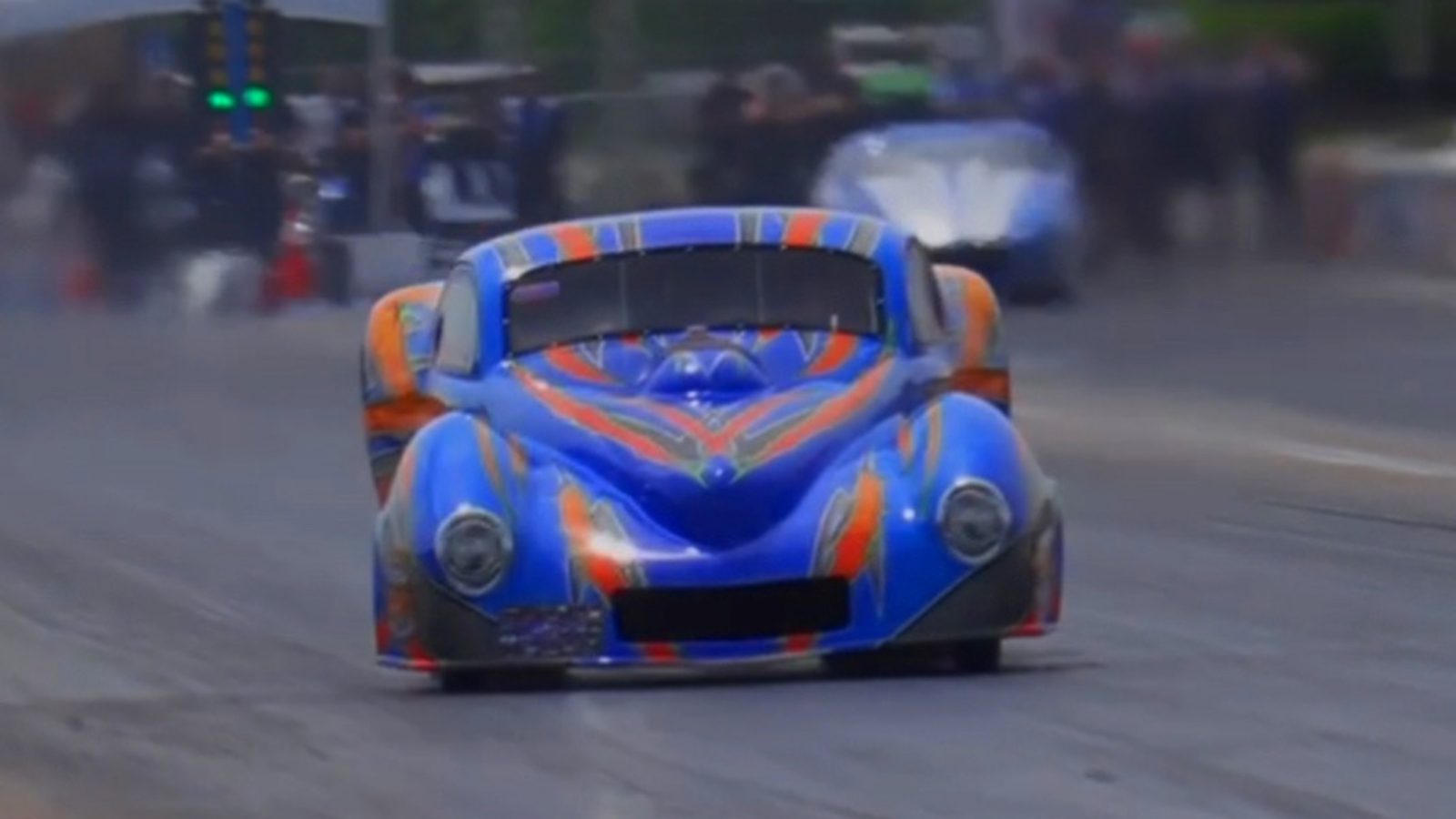 Moisture on the racing surface prevented the Summit Racing Equipment Mid-West Drag Racing Series (MWDRS) presented by J&A Service from completing Saturday eliminations at the MWDRS Memphis Nationals at Memphis International Raceway (MIR). Eliminations will be contested at the next race on the series’ eight-race schedule, the spring Throwdown in T-Town, May 6-7 at Osage Casino & Hotel Tulsa Raceway Park.

“At the end of the day, it just isn’t safe in one lane,” said Keith Haney, series owner and founder, during a driver’s meeting Saturday night. “We have to think of all you guys. We’re racers for racers. We have to do what’s best for you guys – and for myself. I’m a racer too. I’m just as disappointed right now. But we worked our butts off. We did get qualifying in and we got a ladder set. We’ll finish it in Tulsa.”

The MWDRS Memphis Nationals, taking place in conjunction with MIR’s 35th annual Memphis Chevy Show, was one of the final major events to take place at the historic track before it closes later this summer.

“I want to thank Memphis and IRG, the company that owns the track,” Haney said. “They really enjoyed that we put on a wonderful show. The two qualifying sessions we did run, the fans loved every second of it. I also want to personally thank each and every racer who came out to support us and be a part of this organization.”

Drivers will have to wait just two weeks to run eliminations during the Throwdown in T-Town, May 6-7 at Tulsa Raceway Park. In addition to being one of the most popular events at Tulsa, it’s also the next points race for the MWDRS.

“We’ve done this before,” said Haney, who co-owns Tulsa Raceway Park with fellow Pro Mod racer Todd Martin. “We’ve done it before at Tulsa where we ran two races in one weekend. People didn’t think we’d get it done, but I think we were done by 10:30 Saturday night.”

In Stroud Safety Pro Mod, recent first-time winner Dustin Nesloney drove his ProCharger-boosted ’17 Camaro to the No. 1 spot with a 3.712-second pass at 204.45, leading a list of 20 cars on the qualifying order.

Nashville, Tennessee’s Mark Conners was the low qualifier in Top Fuel Motorcycle presented by Pingel and Bumpus Harley-Davidson with his 4.265 at 184.70.

MWDRS race officials will provide additional updates on the Memphis Nationals eliminations postponement on the MWDRS Facebook page and at www.MidWestDragRacingSeries.com.