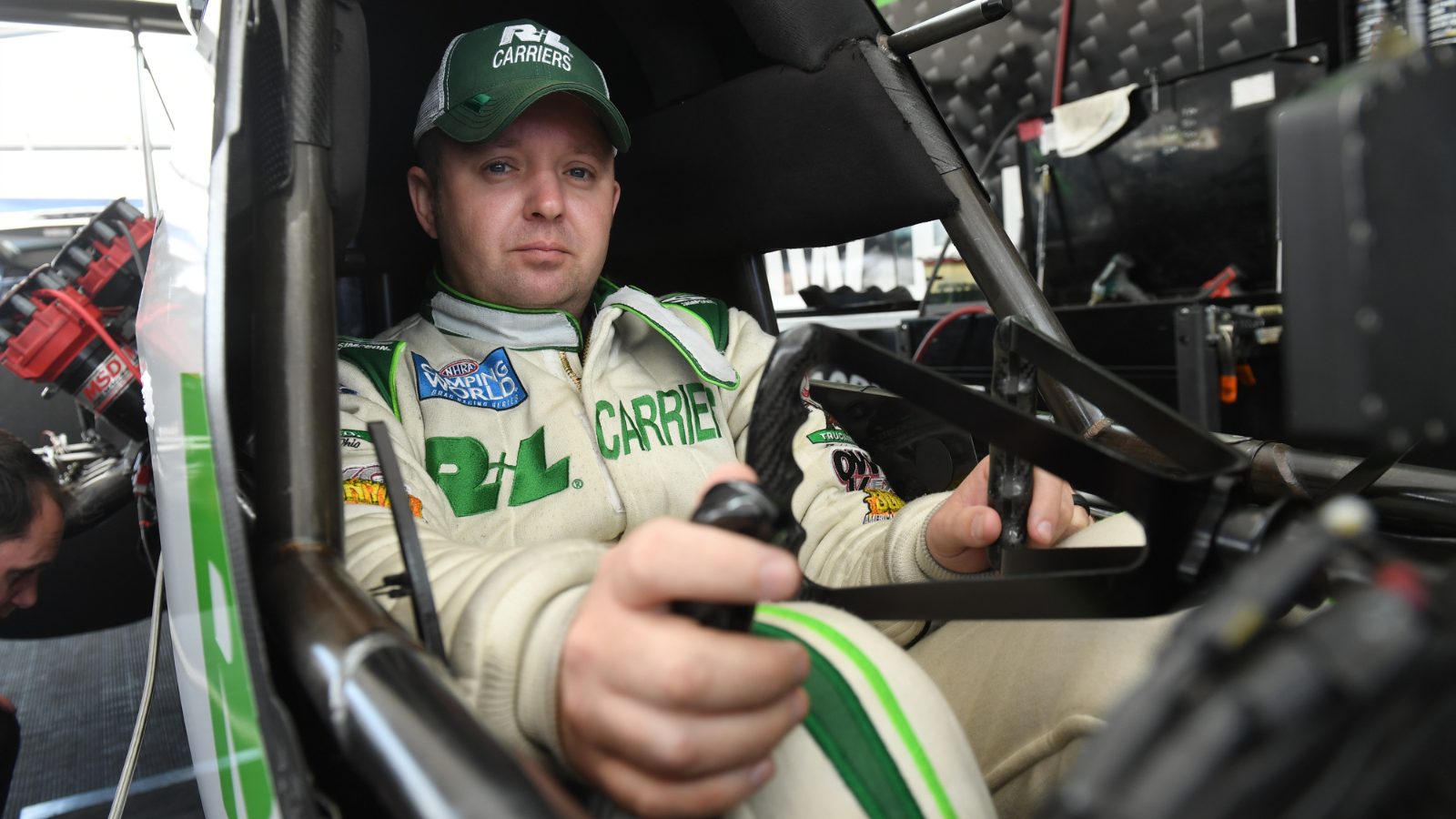 Josh Hart and the R+L Carriers Top Fuel dragster made a statement two weeks ago at the NHRA Midwest Nationals and they let the rest of the Top Fuel Countdown competitors know that the independent team from Ocala, Florida was not going to disappear into the background. A strong qualifying performance coupled with a runner-up finish closed the gap on the top five racers in the category. While Hart and the R+L Carriers Top Fuel team sit in sixth place they are only 66 points behind the Top Fuel points leader. For the second year Top Fuel driver and team owner he feels like he has momentum coming into the NHRA Texas Fall Nationals at Texas Motorplex, October 14-16.

“We had a good race in St. Louis and I definitely would have liked to have gotten that win and the points,” said Hart, a two-time finalist in 2022. “I had a good race last year at Texas Motorplex and I think we will be in an even better position this year. We have three races left and this is the most Top Fuel races I have ever run in a season. My R+L Carriers team has been awesome and I think we will keep surprising people.”\

Hart burst onto the Top Fuel scene last year winning the first Top Fuel race he entered, the historic Gatornationals and then to wrap up a strong rookie season on a limited schedule he won the Charlotte Countdown national event. Those two victories gave Hart the confidence and support from longtime marketing partners R+L Carriers and TechNet to make a commitment to run the full 2022 NHRA Camping World Drag Racing Series schedule. This season Hart has raced at new tracks across the country introducing his program and personality to new fans almost every weekend.

“This season has been a learning experience that has taken off as fast as my 11,000 horsepower Top Fuel dragster,” said Hart. “We are a single car team and this is my first year taking on this kind of challenge. I have a great team with Ron Douglas as crew chief and Chris Armstrong bought into the team, so we have great funding to compete with these multi-car established organizations. This is where I want to be; racing the best competition every weekend.”

This season Hart overcame some early season hurdles shaking down a brand-new Top Fuel dragster and continuing to develop a very young team. He ran to a runner-up finish at the Norwalk Nationals and then a semifinal finish at the Mile High Nationals in Denver before a long streak of quarterfinal finishes at six of the next seven races. Hart held off his closest competitors to finish the regular season as the No. 5 seed coming into the Countdown.

“We started in the Countdown No. 5 and we have held our own but now is when we need to make a move,” said Hart. “These last three races are critical and I just want to have a shot on the last day of the season to win the championship. Anything’s possible and if we are racing at Pomona with points and a half I have a lot of confidence in this team.”

While Hart is living his dream racing professionally he knows it is the support from R+L Carriers, a five decade old family run company that is really fueling his racing career. As Hart and his team have travelled from state to state at every national event they are meeting with R+L Carriers employees celebrating career achievements with the company and also recruiting new team members. At national events Hart is hosting R+L Carrier guests and talking with fans about life-changing career opportunities with a national company that extend beyond driving long haul carriers.