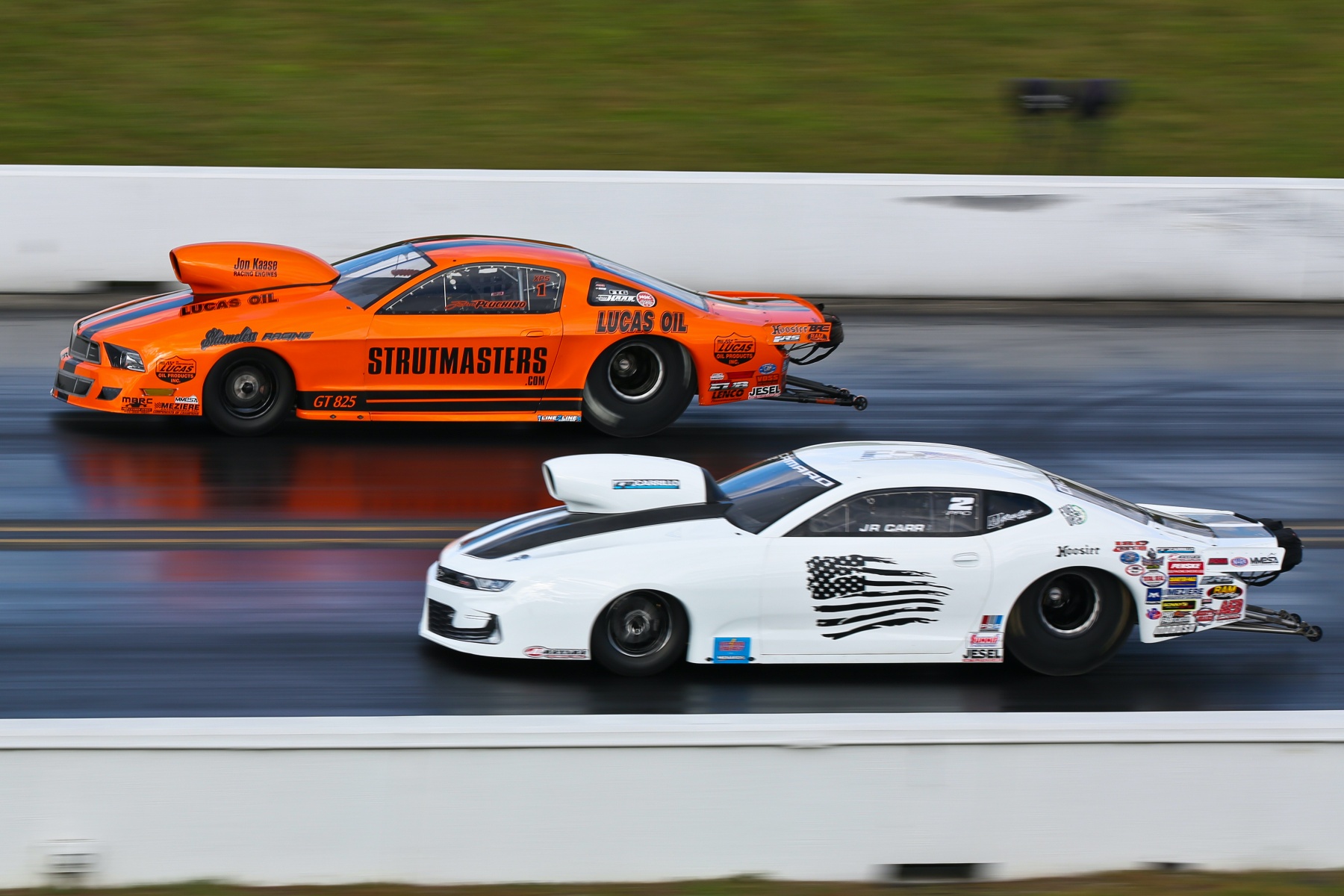 It’s a new year for PDRA’s Liberty’s Gears Extreme Pro Stock presented by AED Competition, and if offseason predictions prove correct, it will be perhaps the biggest year for the Mountain Motor Pro Stock class in the last decade-plus. At least 16 cars are expected to attend the season-opening East Coast Nationals presented by FuelTech, April 7-9 at GALOT Motorsports Park, while as many as 20 or more cars could appear at races later in the season.

The growing list of competitors includes veterans who’ve been here all along, past competitors who are coming back, and rookies who are new to the class. The groundswell of support has been a long time coming, according to drivers like JR Carr and Johnny Pluchino.

[Editor’s Note: This story originally appeared in DI #175, the Outlaw Issue, in March/April of 2022. Photos by Tara Bowker.]

“This is what we’ve needed and wanted,” says Carr, a front-runner in the class and a behind-the-scenes proponent of the category through the Mountain Motor Pro Stock Association. “It’s all just coming together. It takes time, and with what everybody has been through the last few years, to have this many new cars and cars that have changed hands, new people, people who’ve never been in Pro Stock, it’s phenomenal. The class deserves it, the fans deserve it, and PDRA deserves it. They’ve stuck with us and really done everything they can to help us, and it looks like it’s finally paying off.”

“I’ve been after this for the last 6-7 years,” adds Pluchino, who won the 2020 Extreme Pro Stock world championship in his first full season as the driver of his father John’s proven Ford Mustang. “It’s really a testament, in my opinion, to the teams who stuck it out and didn’t quit when we were down at 5-6 cars at certain events and fighting through it and making sure we stayed out there. We could’ve lost Mountain Motor Pro Stock. I really feel like these last few years have been a rebirth for what we’re going to see in 2022. Excited is an understatement.” 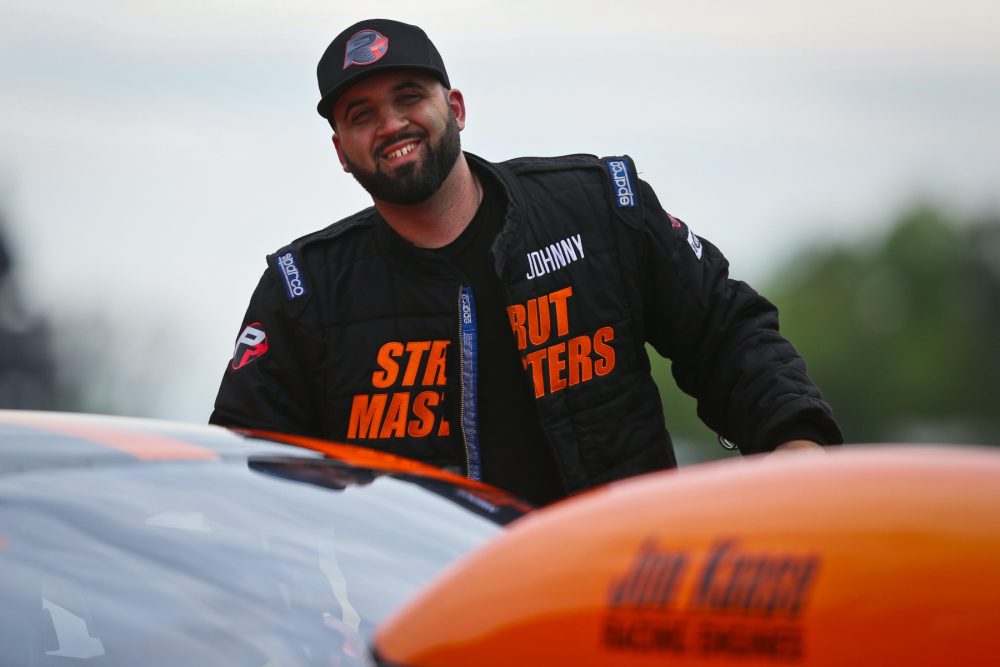 Pluchino fondly remembers the days of 20-plus Mountain Motor Pro Stock cars showing up to races when his father raced in IHRA Pro Stock. His enthusiasm for the category’s growth isn’t overshadowed by the fact that it will make it harder for him to a second XPS world championship and his fourth overall in the series, but it is on his mind.

“We are aware that going into the season, it will be probably the most difficult season in the last 10-15 years with the amount of competition that’s coming out,” Pluchino says. “We’re seeing new cars and new teams and teams understanding that they have to move their programs forward in order to win races.”

Among the new cars coming to the class are a trio of Kaase-powered, Haas-built Ford Mustangs out of the new APEX Motorsports camp. Derrick Reese, who made his Extreme Pro Stock debut in 2021, will be joined by his brother, Miles, and their grandfather, Kurt Neighbor. Former driver and tuner Cale Aronson has signed on to help oversee the new three-car operation.

But anchoring the Extreme Pro Stock field will be a fleet of longstanding competitors, including the six drivers who attended all eight races in 2021: defending world champion Chris Powers, Carr, Pluchino, Elijah Morton, 2018 champion Steven Boone, and 2019 champion John Montecalvo.

It’s a competitive group, and they were shaken up last year when part-time competitors Justin Kirk, Tony Gillig, and John DeFlorian each won events, making for six different winners in eight races. That level of competition will only get tougher this season. 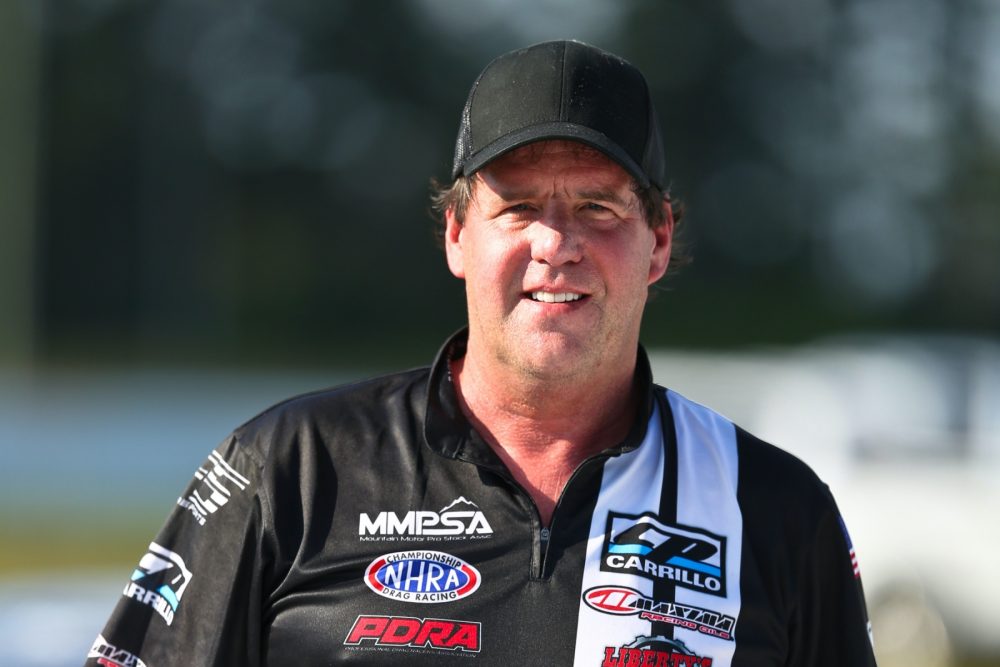 “But with that being said, I’m watching JR,” Pluchino continued. “We’ve been close, we’ve been right with him at times, but he’s set the performance standard for the last few years. But there’s more than that to it. I have to make sure that every race and every year I’m elevating my game as far as the driving department. I’m concerned with guys like Tony Gillig, who’s going to come out with his hair on fire trying to get his first Pro Stock championship. They’re going to be a really tough team. If John DeFlorian comes out for a full season, he’s going to be a problem. There’s a number of teams that are really tough out there.”

Carr, who qualified No. 1 at seven of the eight races last season in his Frank Gugliotta-tuned ’20 Camaro, agrees that any driver in the qualified field can be a threat come race day.

“With eighth-mile racing, everything happens so quick,” Carr says. “You have to leave the starting line and you have to get to the finish line and you don’t have much time to do it. There’s nobody that can’t win a race. We’re just going to do our best not to get caught up in all that and focus on us and try to turn on some win lights.”

There will also be some new looks for existing competitors this season. Gillig, who won the penultimate race last season in his return to the class, has a fresh new red-and-white look for his family’s Dayco-backed Pontiac GXP. 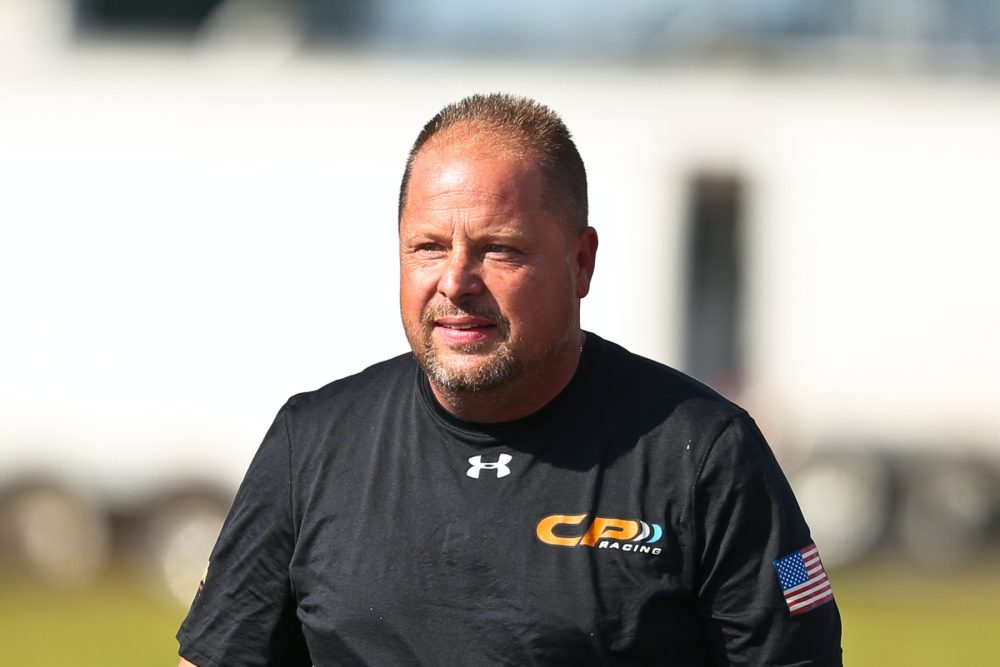 Powers will also have a new look, as he plans to run the brand-new Haas-built Sonny’s Racing Engines Camaro that he brought out in testing last year. Preseason testing numbers indicate that it has the potential to carry him to another world championship.

“We’re definitely motivated, I would say more than we were last year,” Powers says. “We’re going to work twice as hard to try to get this car up to speed. It looks pretty promising. So far it’s run quicker than the previous car did with the same engine package. I’m grateful for Chuck [Samuel, tuner] and Rob [Bealko] sticking with me. Sonny’s is working on some new engine power. We’re just excited to get out there and make some laps.”