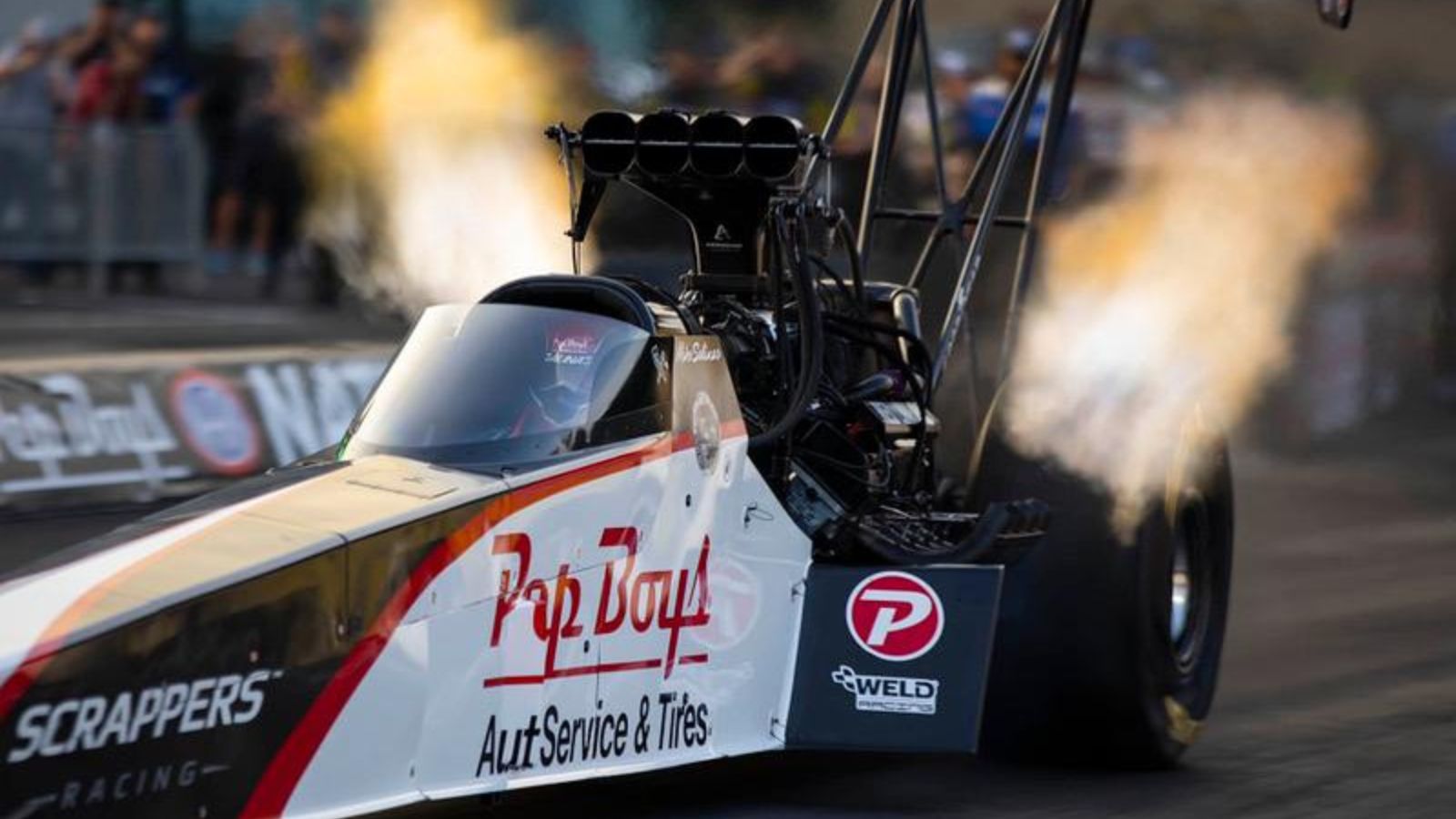 Through a race day that defined what it means to go further, faster, the Pep Boys/Scrappers Racing Top Fuel team powered to a semifinals finish at the Pep Boys NHRA Nationals today at Maple Grove Raceway.

They don’t give points for racing pretty, and it’s a good thing because M. Salinas’s first two rounds of the day were anything but. After smoking the tires early in the first round, it was a pedal-fest to the win light, giving the huge crowd at Maple Grove Raceway a fantastic example of the Pep Boys motto, “Go further, faster.” The fan-favorite driver held on and his persistence paid off when he turned on the win light against Joe Morrison in the first round. In the quarterfinals, M. Salinas faced Clay Millican. In yet another pedalfest, both powerful 11,000-horsepower machines smoked the tires early. M. Salinas continued to push forward and finally hooked up at about mid-track to take the win. The driver and team owner was then defeated by Justin’s Ashley in the semifinals.

“That wasn’t the way we wanted the day to turn out,” said Salinas. “But this has still been a great weekend of racing. The crowd here is fantastic and we loved connecting with all of the fans at the Pep Boys NHRA Nationals. There’s still a lot of racing left this season.”

Pro Stock Motorcycle up-and-comer Jianna Evaristo powered to the quickest elapsed time of her career in qualifying this weekend with a scorching pass of 6.870 at 194.86, putting her in the No. 13 qualifying position to face Angelle Sampey. Sampey got the better of Evaristo but the rider of the Pep Boys/Scrappers Racing Suzuki feels positive about the weekend overall.

“Right now I’m just working on getting better every round,” said Evaristo. “To hold my own against a legend like Angelle is big for me and we reached a new best elapsed time. The wins will come when they come, but I’m loving every part of this journey.”

In the Lucas Oil Drag Racing Series, Jasmine Salinas made an early exit in the first round of eliminations when she faced James Stevens in her Pep Boys/Scrappers Racing Top Alcohol Dragster. Entering competition from the No. 6 position, J. Salinas and Stevens had identical E.T.s of 5.373. However, Stevens was just a bit quicker off the starting line giving him the Round One win.

“We still have a lot of competition left this season,” said J. Salinas. “I’m not discouraged at all. Overall we have a powerful and consistent car. This just wasn’t our day. But we are still in a good position in the points standings and I do not give up.”

The next stop on the NHRA Camping World Drag Racing Series will be the Betway NHRA Carolina Nationals at zMAX Dragway in Charlotte, N.C. 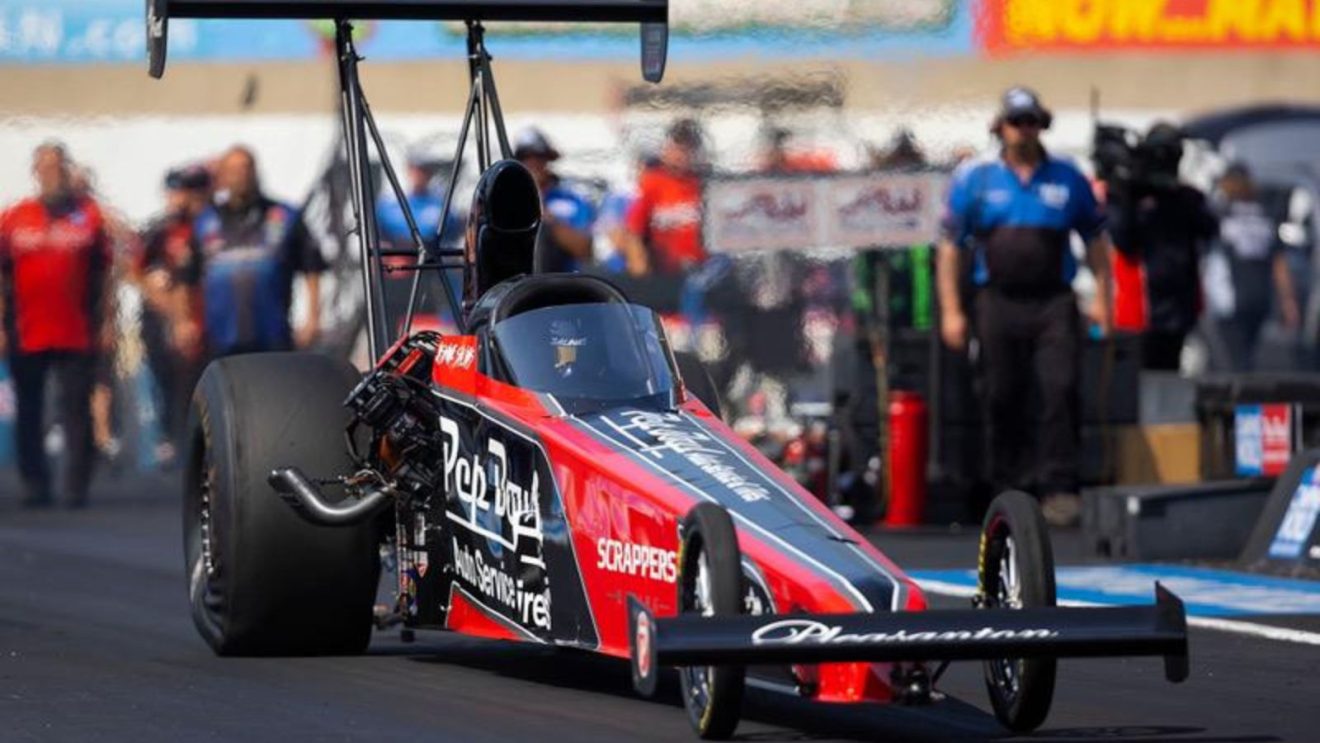 Jasmine Salinas rolls her Pep Boys Top Alcohol Dragster up to the line. 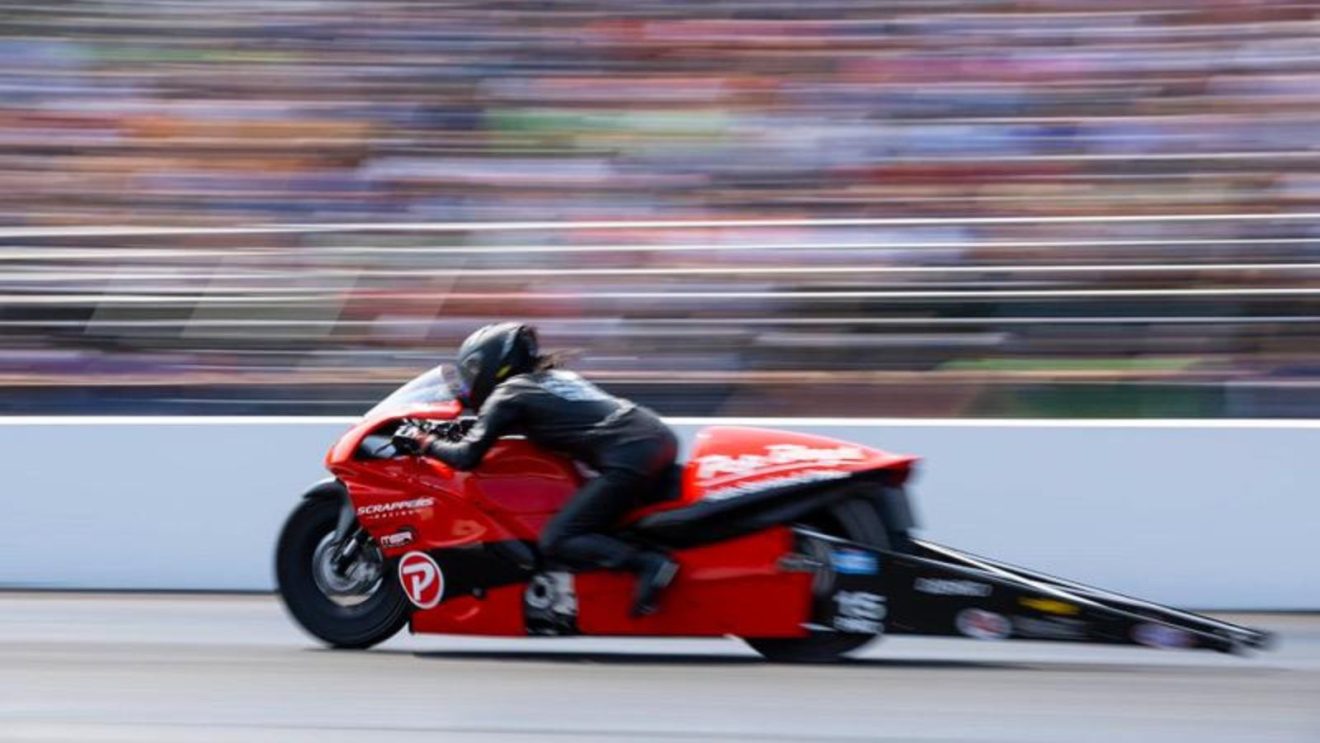