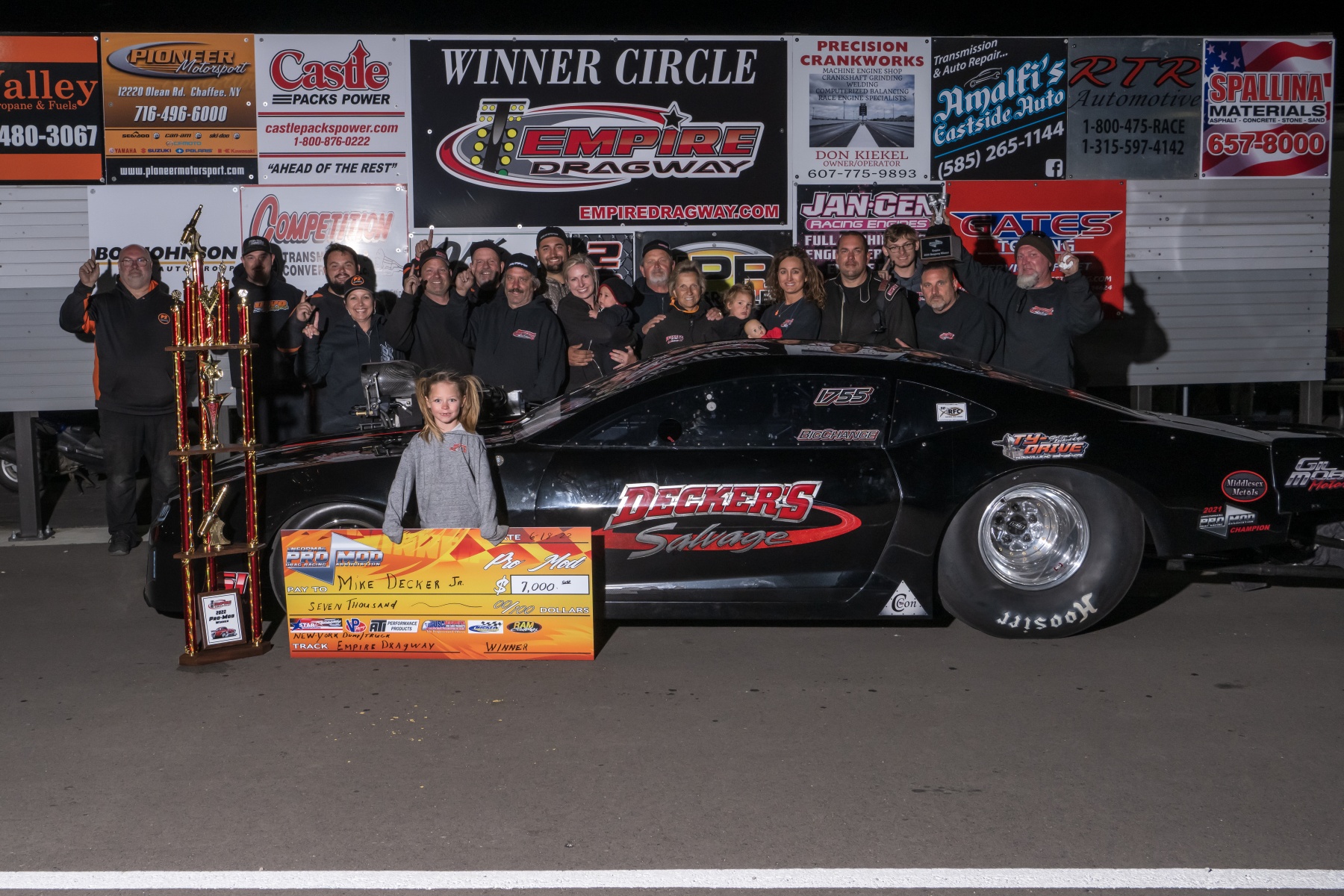 “We have an awesome team,” Decker said. “As always, I’m going to thank the Lord first. We take it one round at a time. It’s going to fall where it falls, but we have a good group of guys behind me and we have good support. I have good support from the Tutterows as well. The end result is we’re getting our [winner’s circle] picture taken.”

It was a meaningful Father’s Day weekend win for Decker, who races with his family-based team at every race. His son, Mike “Hollywood” Decker III, is both his teammate and his tuner, though he got some help from Wyo Motorsports’ Todd Tutterow.

“Each win is special because you never know when it’s going to be your last,” Decker said. “But it’s always special with my dad, my son, and my grandson is Mike Decker IV. That’s special. My wife is always behind me. We have a good support team and a good crew. And they work hard. That makes a difference. You’ve gotta work hard. If you aren’t gonna work hard, you don’t have a shot at winning.”

“When I raced my son, I figured that sucker would maybe get me,” Decker said. “His car seemed to be a little bit better and he’s usually a tick better on the light. But that didn’t work out for him.”

In the semis, Decker was unopposed when he matched his second-round E.T. with a 3.666 at 201.16. He was set to face No. 1 qualifier Melanie Salemi, but she had to shut off on the starting line due to a mechanical issue.

Decker and his team will return to Empire Dragway along with the rest of the NEOPMA series on August 5-6 for the Empire Northeast Outlaw Pro Mod Challenge III.

“I love coming to this track,” Decker said. “The people are awesome. It’s an awesome track, and I can’t wait to come back.” 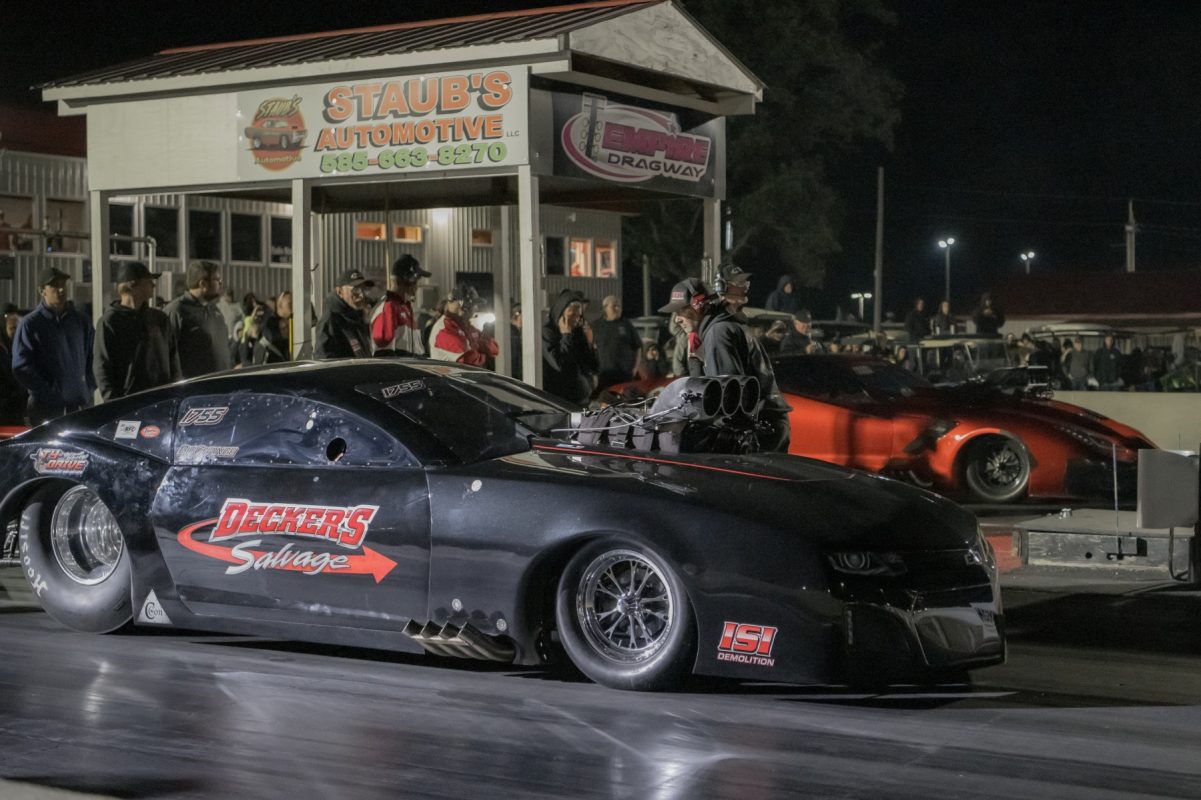 King, tuner Jon Salemi, and crew chief Jeff Miller made a big step up in their semifinal match against Kurt Steding. King set a new track record with his 3.615 at 206.33, beating Steding’s 4.067 but hurting the engine in the process.

The King/Pilot/Miller team had their work cut out for them as they hustled to make repairs for the final round, but they weren’t alone. People from numerous different teams jumped in to help.

“The G-Force Race Cars guys were over here, Salemi’s guys, all my guys, Jeff Miller and Mr. Pilot and everybody,” King said. “It looked like an army of guys and we got it together in about an hour. It was still a little hurt there in the final, but we got it running and got up there. A .64 is pretty good, but you’ve gotta give it to Mr. Decker. They outran us.”

A solid qualifying effort and a runner-up finish were exactly what King and team needed to give them a morale boost heading into the second half of the season.

“We come in with high expectations at every race,” King said. “Gene provides us with everything to run up front, and we haven’t been doing that. We’ve been kind of like a one-hit wonder. We either qualify really well or not qualify at all and we can’t make back-to-back runs. Well, this week here, we made six out of seven runs – and very fast runs – so things are looking up.”

Pilot, King’s car owner, offered up his appreciation for everyone who helped the team get ready for the final. That group included Jim Salemi of G-Force Race Cars, Jon Salemi of Resolution Racing Services, Paolo Giust, Derek Ward, and Jason White. He also thanked the Decker team for waiting on them to run the final.

“It’s just a great feeling because we would do it to help anybody else, and we’ve done it before,” Pilot said. “Everybody knows we’d help out as much as we can, be it parts, manpower, whatever. It just felt really good tonight having them reciprocate. There had to be 16 guys here helping. And we were surrounded by spectators. It was like the greatest feeling.”