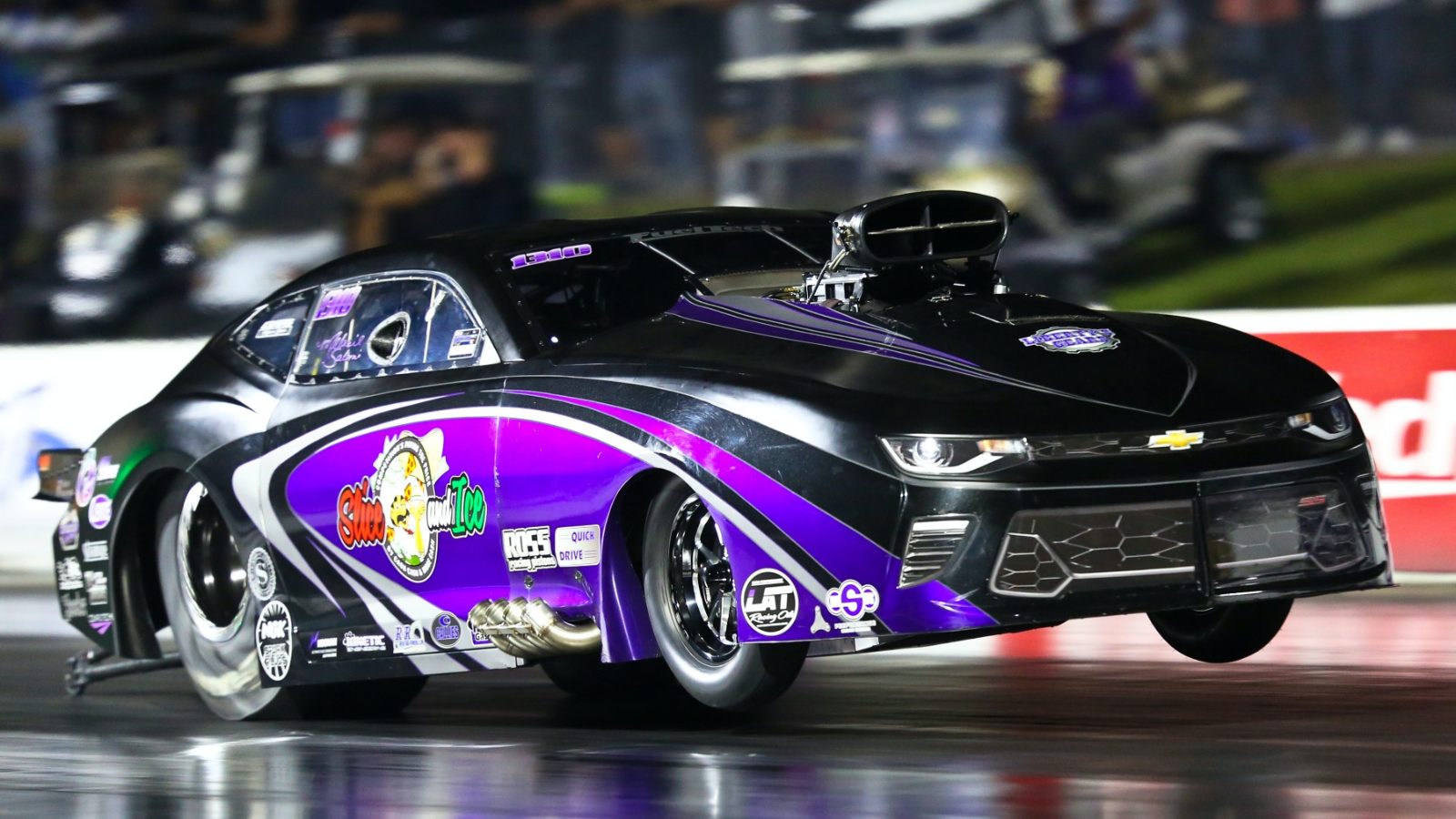 Pro Boost record holder Melanie Salemi and her family-based team went into the World Finals knowing they need a career-best weekend to have a shot at the world championship. Currently No. 2 in points behind Todd “King Tut” Tutterow, Salemi needs a maximum points weekend, including winning and setting a new record. She came close to the record on her first pass of the day, driving Eddie Whelan’s roots-blown Slice-and-Ice ’19 Camaro to a 3.579 at 209.46 to lead the 19 other drivers on the Pro Boost sheet.

“I don’t think we were quite trying to go that quick on that run, but it worked out,” said Salemi, who credited her team, the G-Force Race Cars shop staff, and engine builder Mike Stawicki. “It kind of set us up in a weird position because we know what we have to do to win the championship. It’s an extremely tall task. We didn’t come here with the mindset that ‘this is what we have to do’ because when you do that, it never happens. So we decided to come into this race the same way we would go into any race. Whether we set the record in qualifying or not, we are still here to win the race. If it’s our turn, it’s our turn. If it’s not, we’ll try again next year.”