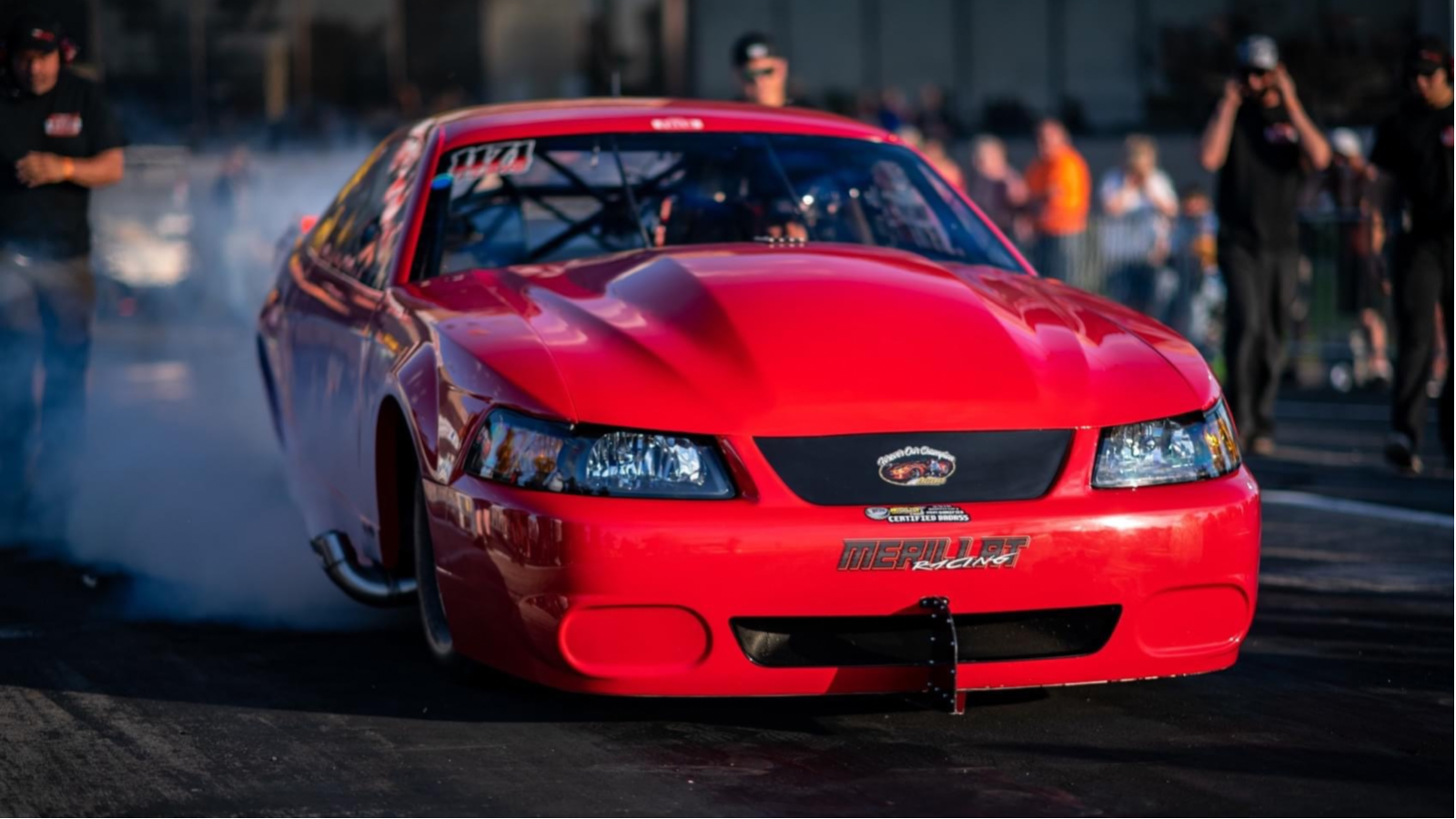 Manny Buginga insists he’s racing in the Street Outlaws: No Prep Kings Future Class to have a good time and rattle some cages.

He’s also proven to be impossible to beat.

Buginga stayed perfect through three races in the Future Class, rolling to yet another victory, this time at National Trail Raceway, a track where he picked up his first career win nearly 20 years ago.

Buginga and his ProCharger-powered ’03 “Fred” Mustang has been flawless and he’s undoubtedly opened some eyes.

“We’re not going away,” Buginga said. “Winning three races has been great. If we get another one? That’s just unbelievable.”

Will it be enough to get Buginga a spot as part of the coveted NPK main event? That remains to be seen, but he knows performances like these are bound to turn some heads.

“Not only do we belong there, we’re going to be there,” Buginga said. “I think it’s pretty cut and dry. The ones that love us want us to race and try to take out the key players, or they hate us. We’re just having a good time. If we knock at the door long enough, they’ll let us in. I can’t see them ignoring us forever.” 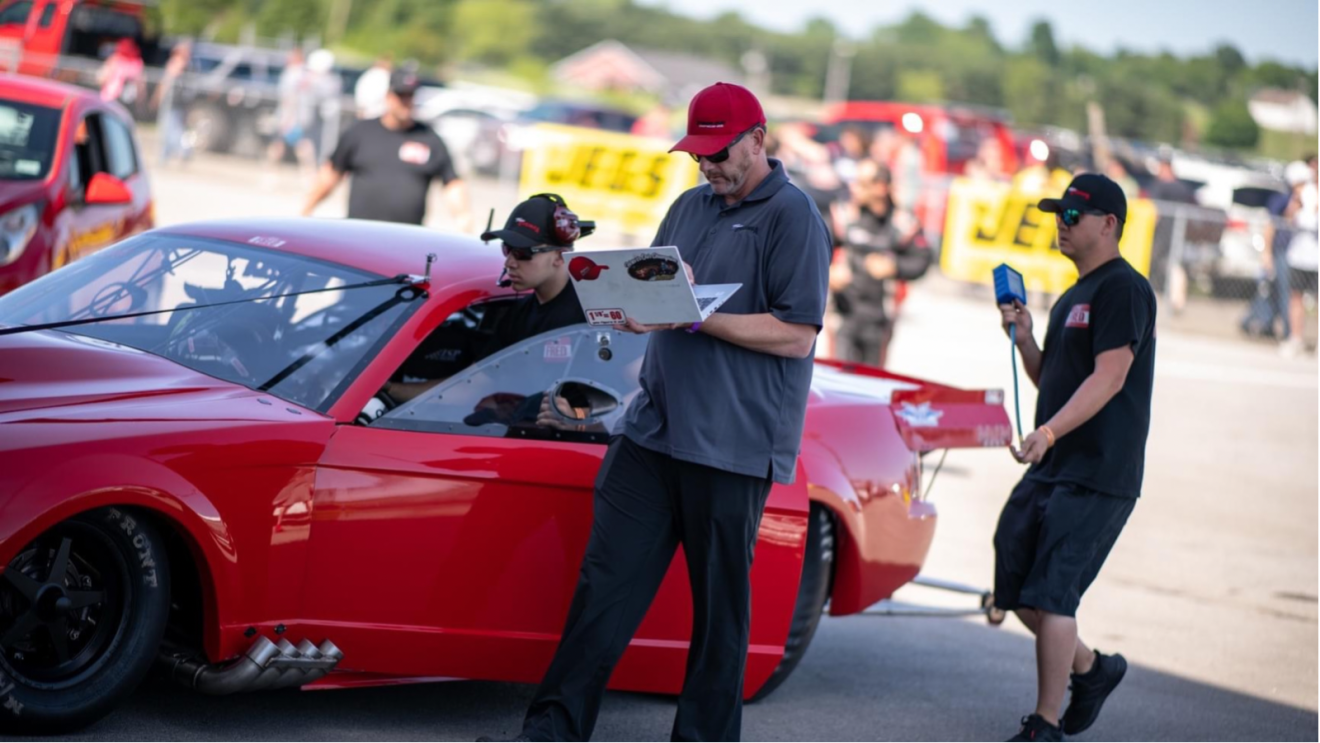 Buginga and his team, led by standout tuner Jamie Miller, haven’t been shy when it comes to making noise off the track, either. At his home track race in Epping a few short weeks ago, he paid for a plane to fly over the track with a giant “Free Fred” banner during the main event driver’s meeting.

He followed that by tossing “Free Fred” beach balls into the crowd during the race, which surely caught everyone’s attention.

All of those antics go for naught if the performance isn’t there, but Buginga has had no trouble thus far in that regard. He’s been downright dominant on every track and in every condition, putting together one consistent run after another.

He fed off the excitement at his home track and then followed suit before another big crowd at National Trail Raceway last weekend. As the wins mount, Buginga is adamant he isn’t feeling any pressure.

“You get out of it what you put in and we’re putting in the work,” Buginga said. “In theory, you should be rewarded if you put in the time. But what I’ve learned from seven championships and 20-plus years of racing is there’s only one place to go from here and that’s down. We just have to keep digging and make sure everything is perfect.

“But when I’m out there, it’s just a normal day at the office. I keep doing my routine, don’t get confident, don’t get cocky and just do my job. We want to keep having fun and winning is certainly fun.”

Without question, the schedule doesn’t get any easier but Buginga is ready.

The team will race in the NPK Future Class race this weekend at Beech Bend Raceway and follow it up with races in Brainerd and Houston in consecutive weekends.

That will make for four straight weekends of races and six events in seven weeks, but Buginga welcomes the challenge, especially if it gets him the opportunity to draw more attention and add more people to his growing fanbase.

“We’re going to keep doing the best we can to win. If they’re talking about you, you’re doing something right. If they’re not, you’re at the back of the pack,” Buginga said. “We’ve got a great bunch of guys on this team and it’s just a good vibe. It’s going to be a workout, but it will be fun.

“You also can’t thank the fans enough. All the kids coming by, sitting in the car, it’s all worthwhile. We’re teaching this young crowd that racing is important. The fanbase and the momentum ‘Fred’ has is beyond anything I ever expected.”