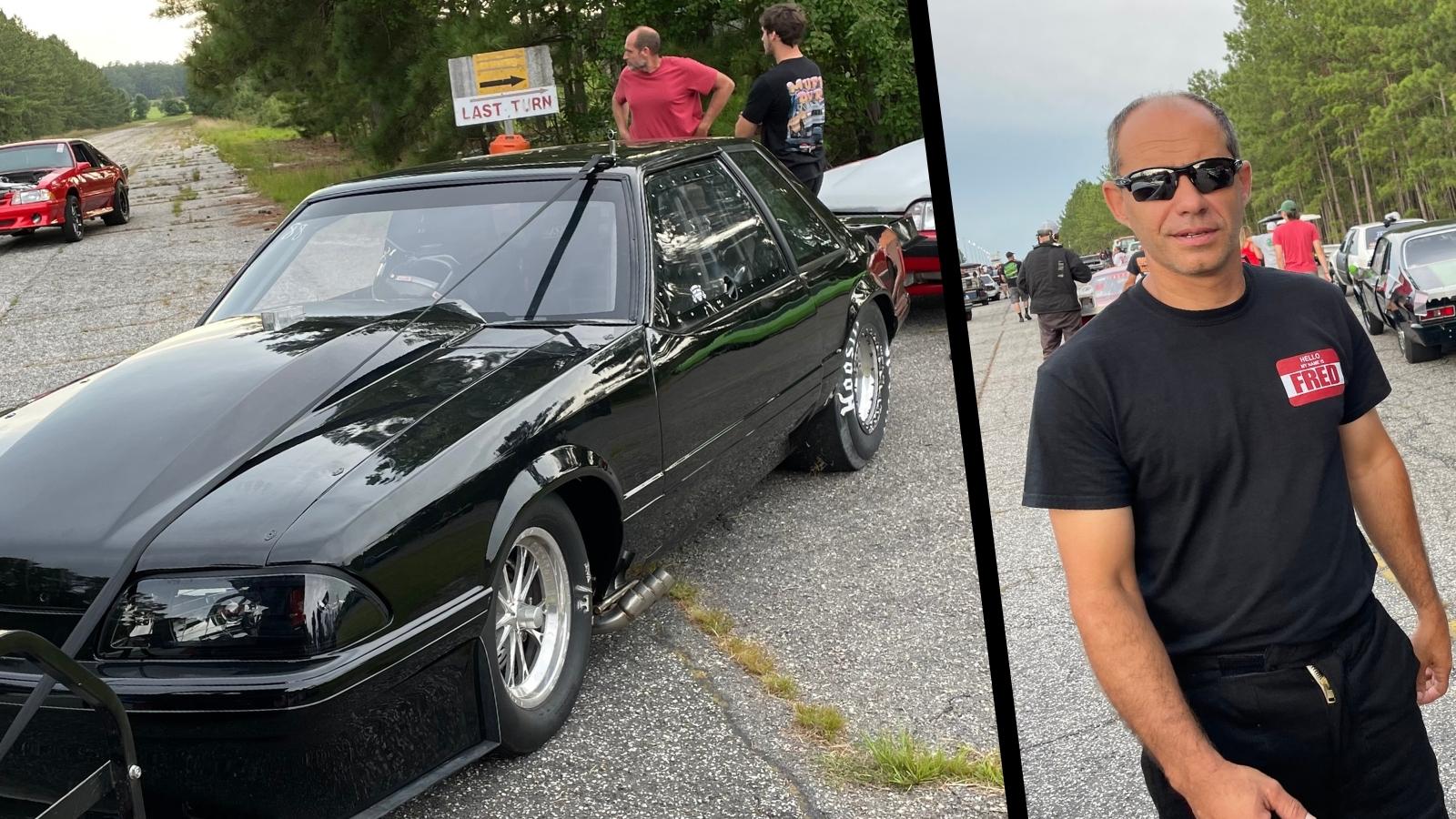 Manny Buginga would be the first to admit that last year’s first attempt at Dig or Die, the top-end no prep race held at Rockingham Dragway, was not one of his finest moments.

In fact, it’s a major part of the reason why he’s back for round two this weekend.

“We did it last year and we actually got our teeth kicked in during the first round in both races,” Buginga said. “We lost in the first round of the main event and the second-chance race. We were really good at sucking last year. We’re trying to go back and redeem ourselves. It’s a tough challenge, but we love a challenge.”

The popular back-of-the-track no prep race has again brought out a huge field, with more than 140 cars registered for the big purse that Dig or Die.

That includes Buginga, who is also dialing up something special in his shot at redemption.

In a what became a wild tale, Buginga bought back his old ’91 Mustang Coupe that he drove to plenty of success in the Super Street Outlaw days two decades ago.

It was the car Buginga had in high school and after a cool stroke of racing luck, it’s back in his hands for this weekend’s race. The team, which is led by standout tuner Jamie Miller, put a ProCharger in it, spruced it up and got it ready in stunningly quick fashion, leaving Buginga all kinds of excited to be back in the car.

It’s a bit of a throwback with a bit of an upgrade and Buginga couldn’t be happier at how it all worked out. He also has some special plans for it in the future, ones that include his son, Manny.

“We’re pumped and we’re excited,” Buginga said. “It changed hands three times and ended up in Texas. Someone reached out and wanted to know if I wanted my old car back. We worked out a deal and it’s pretty cool.

“This is what we had 20 years ago and we just spruced it up. We’re just using it for this race and my intention is to put my kid behind the wheel. I want him to get laps in it and make this car one generation after the next.”

As much as Buginga may want to wax nostalgic with the Mustang, he also wants to perform well this weekend in Rockingham. That’s why the team has been full speed ahead, working hard to have the car ready for Dig or Die.

“Jamie and all the guys are working on it now. We’ve been working nonstop on the car this last week,” Buginga said. “They got it wired up in three days. Everything has come together and we’re just trying to redeem ourselves from last year. We’ll see what we can come up with.”

Just about anything will top last year, but Buginga is eager to tackle the unique challenge that is top-end no prep racing.

Solving a difficult track is a task in itself, but it’s also a loaded field and Buginga knows it takes a special set of skills to conquer this style of racing, which continues to grow in popularity.

“You’ve had 30-40 years of running in one direction — or more — and now we’re trying to go the other direction. It’s just very challenging but it’s no prep at its finest,” Buginga said. “We figured if we could do anything good on this one, we’ll do just fine on No Prep Kings. These people are very good at that back of the track stuff.

“It’s the best of the best here and it’s not money or horsepower that wins it. It’s just getting a grasp on the track and calming and disciplining yourself so it doesn’t smoke the tires. It’s new to use and we’re not very successful yet, but if we keep pushing and keep working, we’ll get there. Hard work is always rewarded.”

Buginga knows that first-hand and it may be difficult to find anyone who works harder than him and his team. That also means after more than a month away from the dragstrip, he’s plenty ready to race.

That’s where this weekend comes into play, as it also gives him some seat time before the Street Outlaws: No Prep Kings series picks back up again next month in Tulsa. Buginga has dominated the Futures Class, winning four straight races, and he has no plans of slowing this incredible run until he gets his shot in the main event.

“This gives us a fix and it’s a fun race,” Buginga said. “They have a really good grasp of how to run it. As far as the No Prep Kings deal, if you keep punching them in the face hard enough, sooner or later they’re going to say ‘uncle.’ Our goal is to keep pushing and make it five in a row.”