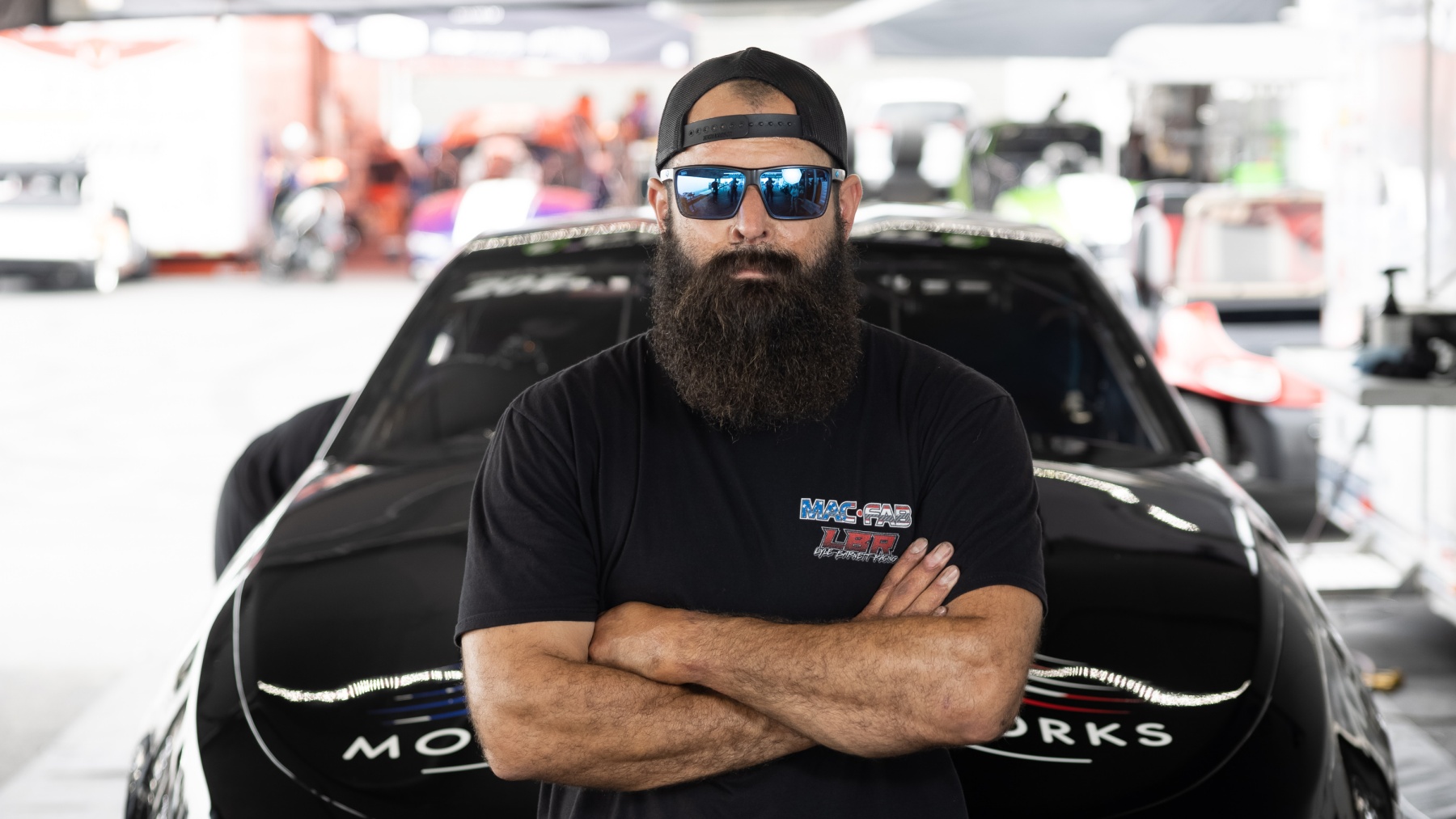 Multi-talented driver Lyle Barnett made a name for himself in the drag radial ranks and no-prep shootouts across the Southeast before jumping into Pro Modified. Now a multi-time NHRA Pro Mod event champion, Barnett is one of the hungriest drivers in the category. He’s bringing his bold personality and cutthroat reaction times to the invite-only Drag Illustrated World Series of Pro Mod, March 3-5, at Bradenton Motorsports Park.

“The best of the best will be there,” Barnett said. “Not only behind the wheel, but the best crew chiefs too. You’re going to see the top 50 Pro Modified drivers that are out there battling it out for $100,000. I’m bringing a loaded gun.”

Driving a twin-turbocharged Camaro fielded by Elite Motorsports and Modern Racing, Barnett won two races in his NHRA Pro Mod rookie season in 2021. He followed that up with a big win at the 2022 NHRA U.S. Nationals in Indianapolis.

“I was very fortunate to be a part of Elite Motorsports and everything that Richard Freeman has created there,” Barnett said. “We ran two great years in NHRA Pro Mod with Justin Elkes as my crew chief and had a lot of success.” 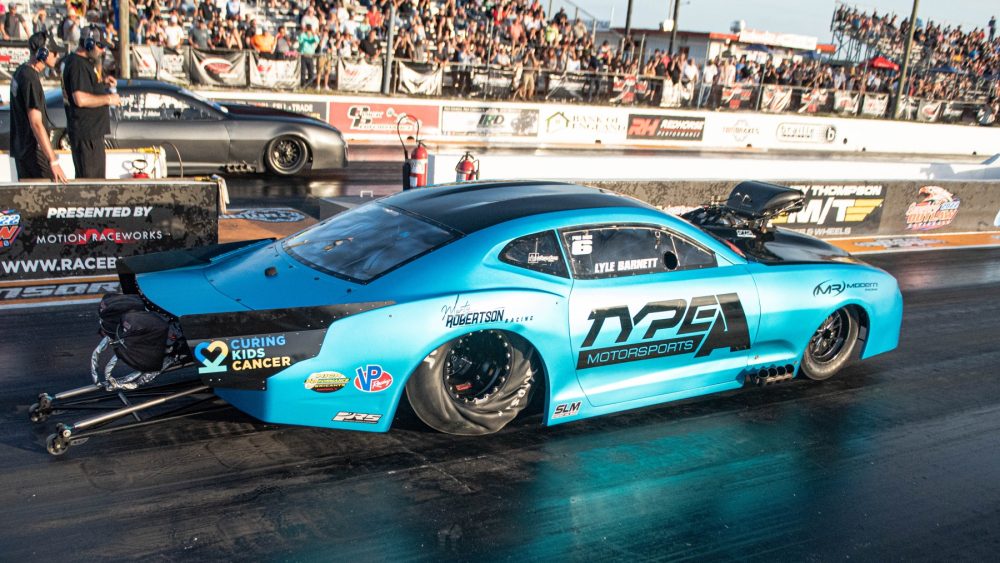 Barnett ended 2022 with a new look, a new power adder, and a new car owner, as he raced at the Snowbird Outlaw Nationals driving a screw-blown Camaro owned by Marty Robertson. He was actually shaking down the car for Robertson, who has a second matching car in the works for Barnett to drive. The two will race as teammates at the WSOPM, which will use an outlaw eighth-mile format.

“When I announced that I won’t be returning with Elite [in 2023], I didn’t know what that meant for my Pro Mod future,” Barnett said. “This is actually the car that I started my NHRA Pro Mod career in. Marty purchased the twin-turbo car that I’ve been in and we’re converting it to screw blower. Marty quite literally handed me the keys to a front-running Pro Mod operation for this weekend. I can’t thank him enough. He didn’t have to do this. He’s a great guy to drive for and I think there’s a bright future for this team.”

Throughout the week of the Snowbirds, Barnett and the Type A Motorsports team made progressively better runs, quickly settling into the mid-3.60-second range. Barnett was immediately impressed with the car and believes it can carry him to a $100,000 win in March.

“We’re coming there with the cuffs off,” Barnett said. “I want to win. I don’t go anywhere not thinking that I can win. I’m pumped up. To be invited is one thing, but to know you can go there with a chance to win is another. We’re coming to do it.” 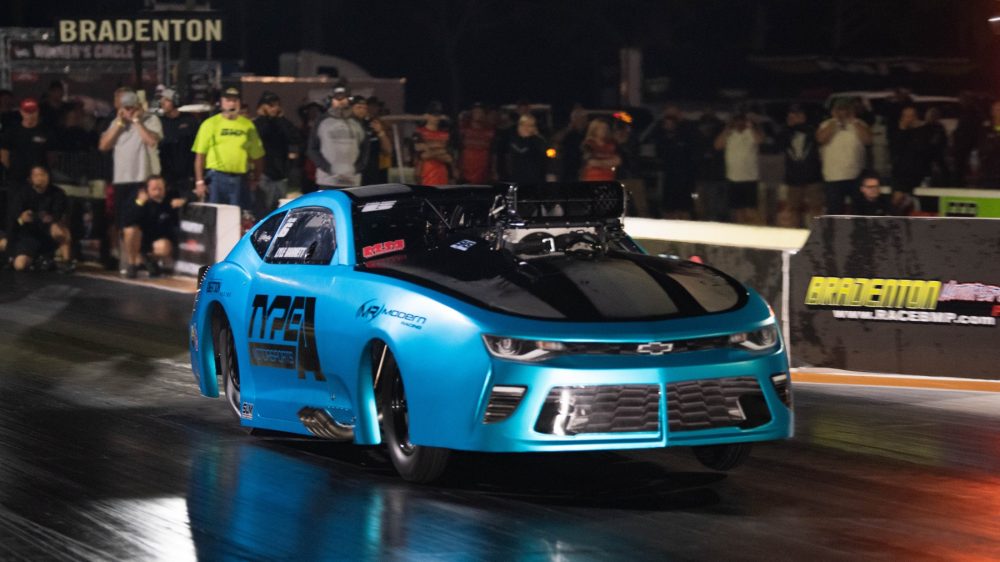 Never one to back away from the opportunity to call out his fellow competitors, Barnett was quick to mention a few of the drivers he’s looking forward to lining up against when big money is at stake.

Between the competition level, the big money, and the many eyes on the event through the CBS Sports show set to air a month after the race, Barnett realizes what the WSOPM will mean for his corner of the sport.

“I think there’s some very deserving characters out here that don’t quite get the light shone on them enough,” said Barnett, who also thanked his father, Mark, and his team. “For the longest time, it’s been nitro racing or nothing. Now there’s No Prep Kings, races like the Snowbird Outlaw Nationals, and now the World Series of Pro Mod. There’s a lot of good that comes out of here.”

Get tickets for the World Series of Pro Mod at www.WorldSeriesofProMod.com.