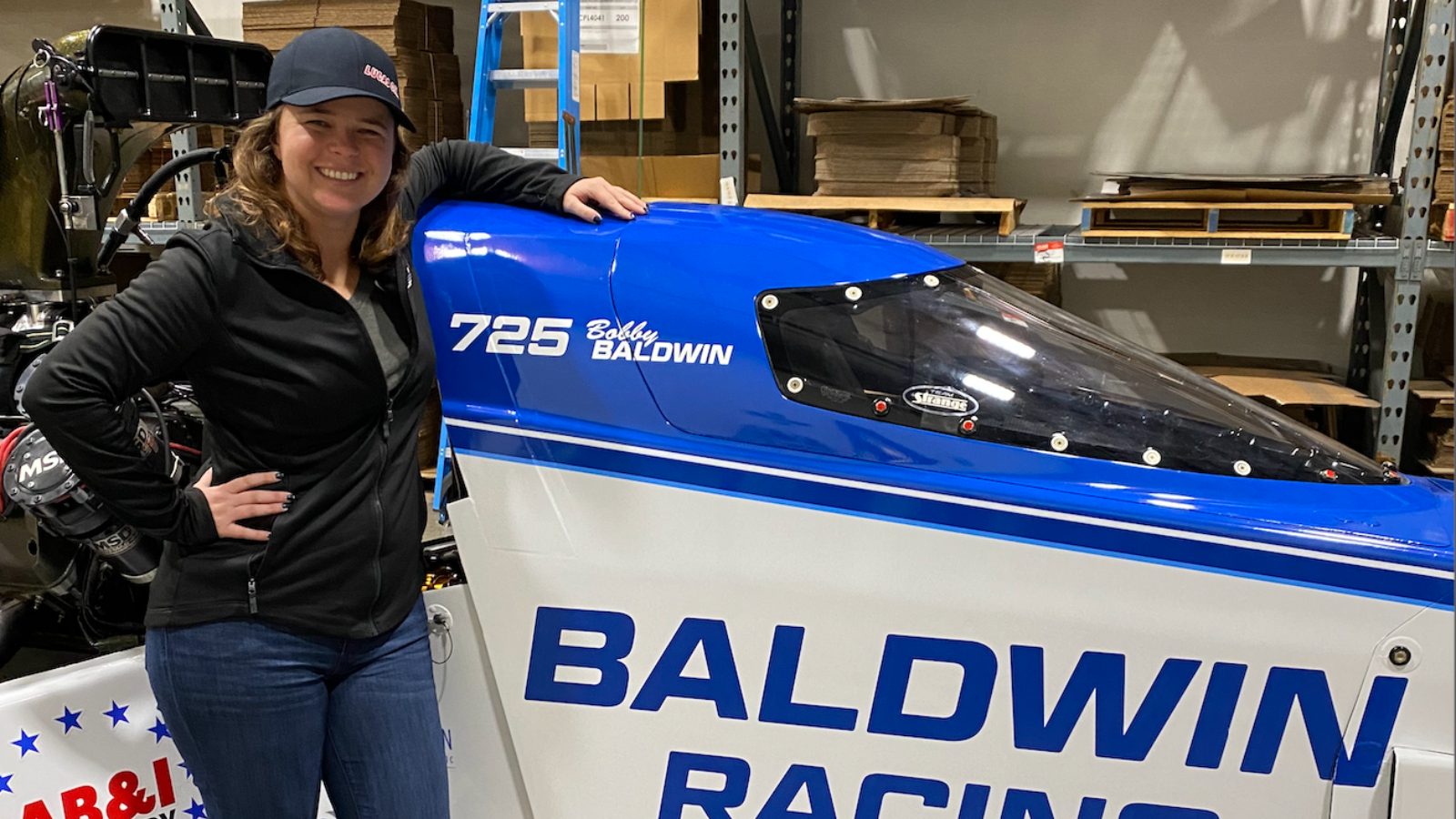 Top Fuel team owner and driver Krista Baldwin will be honoring her late father, Bobby Baldwin, at the NHRA World Finals this weekend. Baldwin will be racing under the blue and white scheme that her father made notorious in the late 1990’s to early 2000’s. This will be the first time that Krista will be running her McLeod Racing, Lucas Oil Top Fuel dragster at her home track. In addition to the throwback scheme, Baldwin welcomes a slew of new sponsors to her program with Mainline Sales. She looks forward to having an action-packed weekend back at home at the Fairplex. 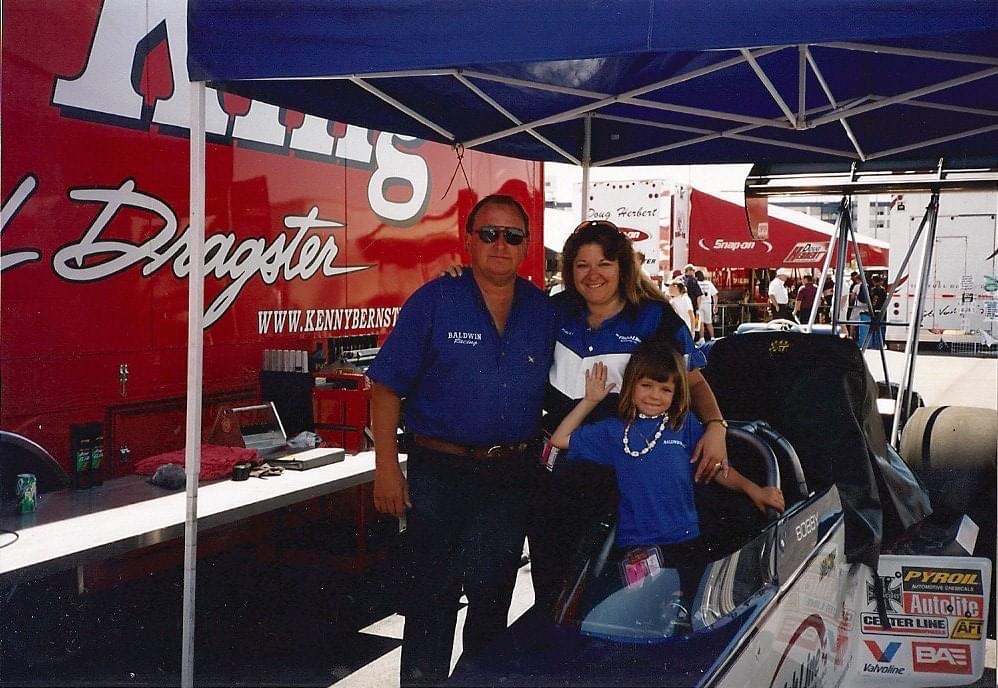 Krista Baldwin was born and raised just a few miles from the Pomona drag strip in Upland, CA. Her father, Bobby Baldwin, was an independent Top Fuel driver from the 1980s to 2001. Bobby owned a land grading business in Upland, but grew up just over the hill of Fairplex Drive. Ever since he was a kid, he never missed a Winternationals or World Finals either as a spectator or a competitor.

“I grew up at Pomona,” says Krista Baldwin. “My childhood was all about watching my dad and my grandpa race Top Fuel, but I especially remember being with my dad at Pomona. One of his last races he attended was the 50th anniversary race in July of 2001 held at Pomona. To return to my hometown with a Top Fuel car is a complete dream come true. I have sat in the stands at 24-24 for 29 years and now I am actually competing in Top Fuel. I would fantasize as a kid of what it will be like to race Pomona and now, I get to actually experience it.”

In September of 2001, Baldwin passed unexpectantly from a brain aneurysm. Since then, Krista has been determined to find a way to drive a Top Fuel dragster like her father. In 2020, she jumped in her grandfather’s, Chris “the Greek” Karamesines, dragster to get her license. In 2021, she competed in 5 events. In 2022 she acquired the team from her grandfather and she expanded her schedule to 8 NHRA events and 2 match races.

With the progression of growth, Baldwin has acquired the help of long-time friend and crew chief, Scott Graham. Graham was Bobby Baldwin’s crew chief and now he is tuning Krista’s car.

“Coming home with the home team is a huge win. I have been with Scott since I was born. And now we have the opportunity to work together like how he and my dad used to work together. We have made some huge changes to the car and the tune up and we are on the right path to the elusive 3.7 second run. And hopefully we will achieve that this weekend in front of our friends and family.”

With the excitement of returning home, Baldwin has a group of new sponsors to help her quest for a great weekend of racing. Both her and Paul Lee welcome Mainline Sales, AB&I Foundry, Breen Engineering, Largo Concrete, Fire Safe Group, APSS, and Four Seasons Landscape.

“The last 20 years we have been honoring my dad on Fridays at Pomona,” says Baldwin. “And that will be no different this year. Please come out to the track and swing by the pit so I can see all of your BB gear. I’m so excited to see everyone!”