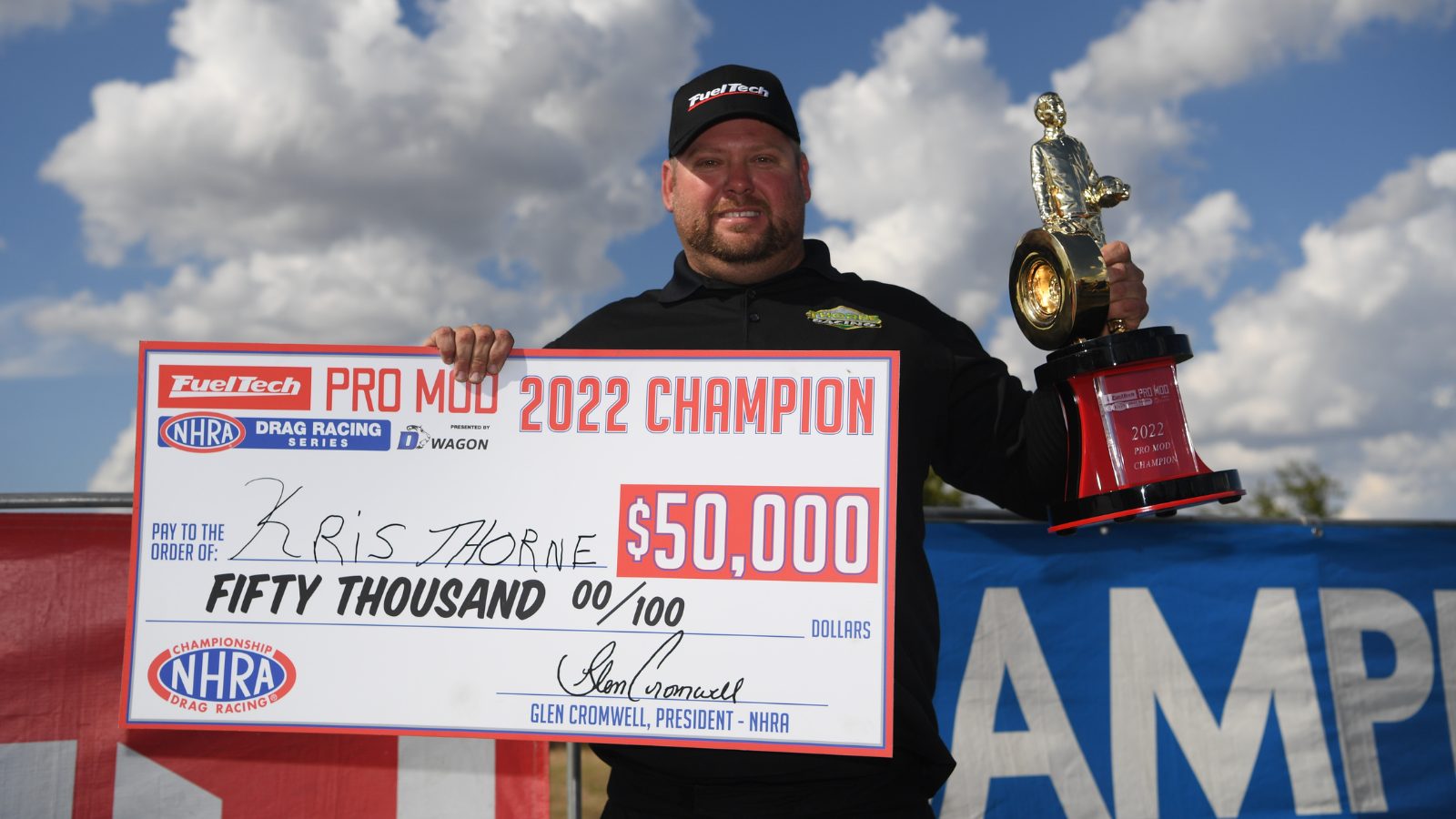 With a victory in the first round of eliminations on Saturday as part of the 37th annual Texas NHRA FallNationals at Texas Motorplex, Kris Thorne clinched the world championship in the FuelTech NHRA Pro Mod Drag Racing Series presented by D-Wagon.

Thorne went 5.857-seconds at 244.00 mph in his ProCharger-powered Camaro, rolling past Rickey Fischer in the opening round of eliminations. With a sizable points lead entering the race weekend, the first-round victory was enough to hand Thorne his first career NHRA world championship. It caps off an incredible 2022 season for Thorne, who has earned three victories through the first nine races this season.

“This has been a dream of mine all my life,” Thorne said. “We moved our way up, we’re really feeling blessed and now we’re the champs. I really have to give a special thanks to my family and everyone who has helped us out. I’ve been a little disappointed in the way I’ve driven this year, but I’ve got the best crew and they’ve backed me up every run. Without them, I would have never made it happen.” 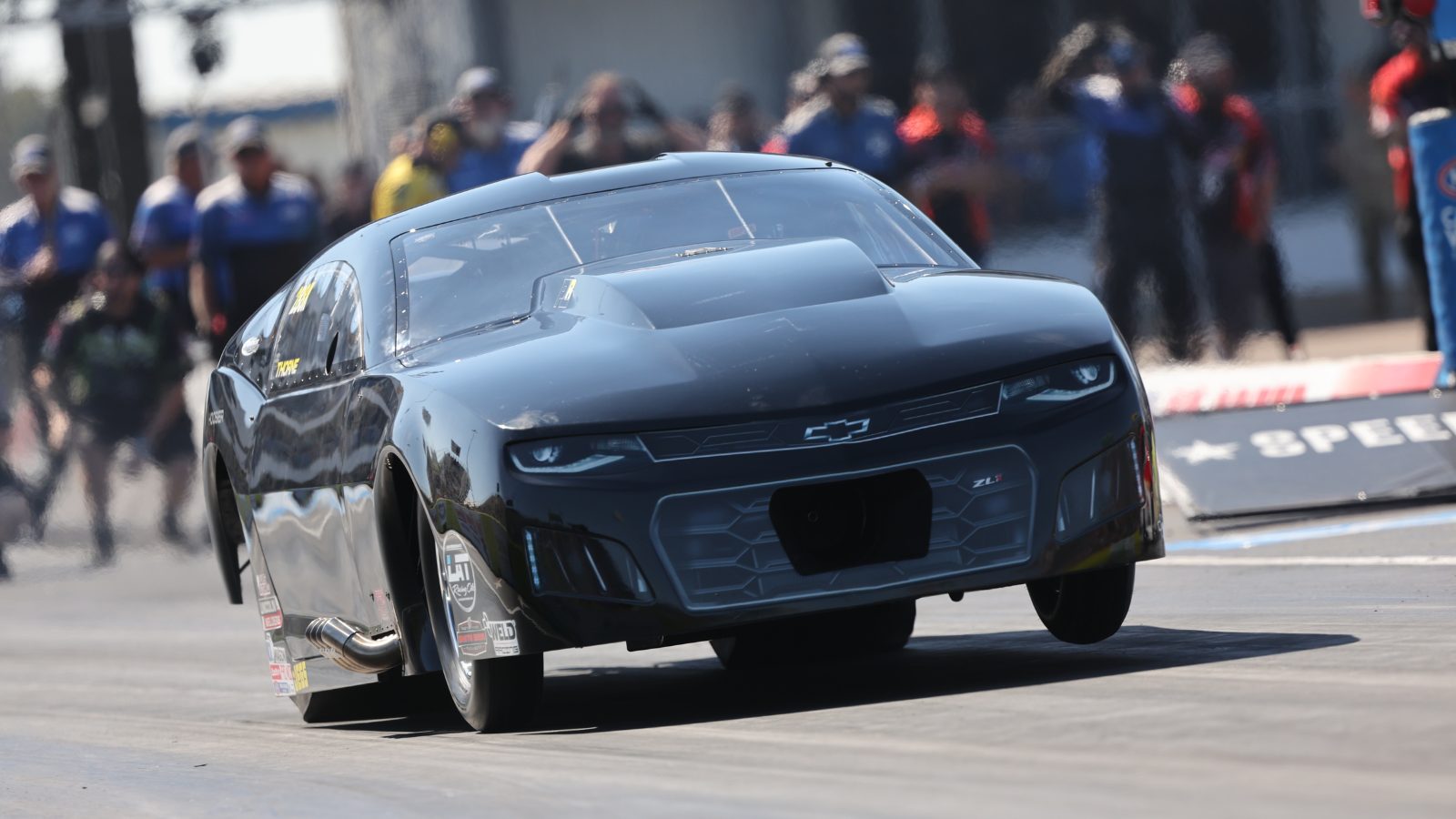 The race in Dallas, which is powered by JBS Equipment, is the last of 10 events during the 2022 season in the FuelTech NHRA Pro Mod Drag Racing Series presented by D-Wagon.

Thorne grabbed the points lead at the first race of the season and never looked back, putting together an impressive performance in Gainesville en route to the win. That started his wire-to-wire championship run and Thorne also picked up victories in Charlotte in the spring and Norwalk, advancing to four final rounds thus far.

He also earned three No. 1 qualifiers, showcasing strong consistency and performance throughout the year against a loaded field. That yielded him plenty of success and, ultimately, a world championship and a moment he will never forget.

“So many people have backed me all year and I couldn’t have done it without them,” Thorne said. “I’ve got one of the best hot rods anyone could ask for. This hasn’t set in yet, but one day it will, and this means everything.”

Stevie “Fast” Jackson qualified No. 1 at this weekend’s race and also picked up a victory in the opening round. Eliminations in the FuelTech NHRA Pro Mod Drag Racing Series presented by D-Wagon will continue on Sunday at Texas Motorplex.