A promising start to the 2022 Summit Racing Equipment Mid-West Drag Racing Series (MWDRS) presented by J&A Service season in late March has Keith Haney fired up for the next race on the series’ eight-race schedule, the MWDRS Memphis Nationals, April 22-23 at Memphis International Raceway (MIR). Taking place in conjunction with the 35th Chevy Show Weekend, it’s one of the last major events at MIR before the track closes later this summer.

At the MWDRS season opener, Haney recorded a 3.655-second blast in his Jerry Bickel-built, Pat Musi-powered “Black Mamba” Camaro in qualifying to set the current series record for nitrous cars in Stroud Safety Pro Mod. It nearly matched Haney’s career-best of 3.653. He scored a first-round win over Texas Pro Mod hero Frankie “Mad Man” Taylor before falling to Daniel Pharris in a 3.600-to-3.741-second race in the second round.

“We came out good and lost to Daniel Pharris in a great race,” Haney said. “We were on a great pass and had a nitrous backfire around 200 feet out and took us out of the race. We probably wouldn’t have won the race, but we would’ve ran within the number we ran in qualifying. That was the goal. Obviously, [Pharris] was gonna go faster and he did. But we had good lights together and everything was there. We were together for a little bit, then we had the little backfire. But the preparation at the shop and everything we’ve been doing is paying off.”

Haney is eager to see how recent rule adjustments affect his car as well as others. The changes include a weight reduction for the nitrous combination and weight additions for the boosted applications after screw-blown and ProCharger-boosted entries dipped into the 3.50s at the season opener.

“There was a rule change here recently for some of the combos to make sure we keep parity within the series,” Haney said. “It brings them a little closer to us or brings us a little closer to them. It’s only 25 pounds, but at least it’s something. I would’ve liked to see more, but even though I own the series, I don’t have a say when it comes to rules. Lonnie Grim and Jeff Holloway do a really good job with the rules and the stats. I try to stay out of that.”

Between the rule changes, as well as a freshened Musi 959 and the data gathered at the Xtreme Texas Nationals, Haney believes he’ll take another step closer to getting his first win of the season at Memphis.

“I can’t wait to go back out there,” Haney said. “We need to go faster, obviously. I believe these guys are gonna go .61s, so we’ve gotta figure out how we get there. We have the power, we have the car, we have the crew, we just have to make it happen. It all has to come together.” 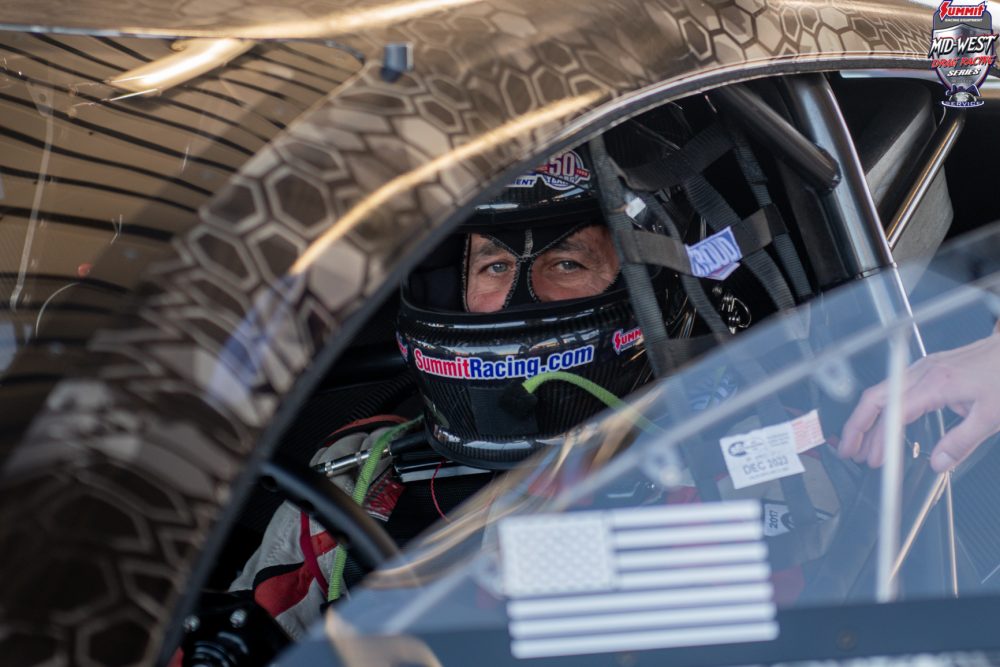 Going into his final Memphis appearance, Haney has looked back on some of his favorite memories at the track, including his first encounter with tuner Brandon Switzer of Switzer Dynamics.

“I actually met Brandon and had a conversation for the first time at Memphis in 2012,” said Haney, who was fairly new to Pro Mod competition at the time. “Erica Enders [a four-time NHRA Pro Stock world champion] was actually driving my other car. Brandon gave us a lot of advice and consulted with us a little bit. Our friendship took off and we’ve been together ever since. I have the best nitrous tuner in the world. He’s the fastest guy in the world when it comes to nitrous. He holds a lot of records and wins a lot of races.”

Haney and the MWDRS last raced at MIR in 2019. Last year, the series and track management started working on plans to bring the series back to Memphis before the track was sold. The opportunity to race at Memphis one last time before it closes adds a unique aspect to this weekend’s race.

“To be a part of history will be great,” Haney said. “To know that MWDRS, KHR and our crew were there one last time will be something I can always remember for the rest of my life.”

The competition is obviously something that has Haney excited for this weekend, but he’s also just looking forward to getting back to the track with his team and his family.

“The crew is everything,” Haney said. “My wife, Misty, and the kids are enjoying me chasing my racing goals. Their support makes it more fun.”

Pro Mod qualifying is set to begin Friday at 6 p.m., with final qualifying on Saturday at 11 a.m. followed by eliminations at 4 p.m. Fans can tune in to the official MAVTV Plus event livestream at www.MAVTVPlus.com.