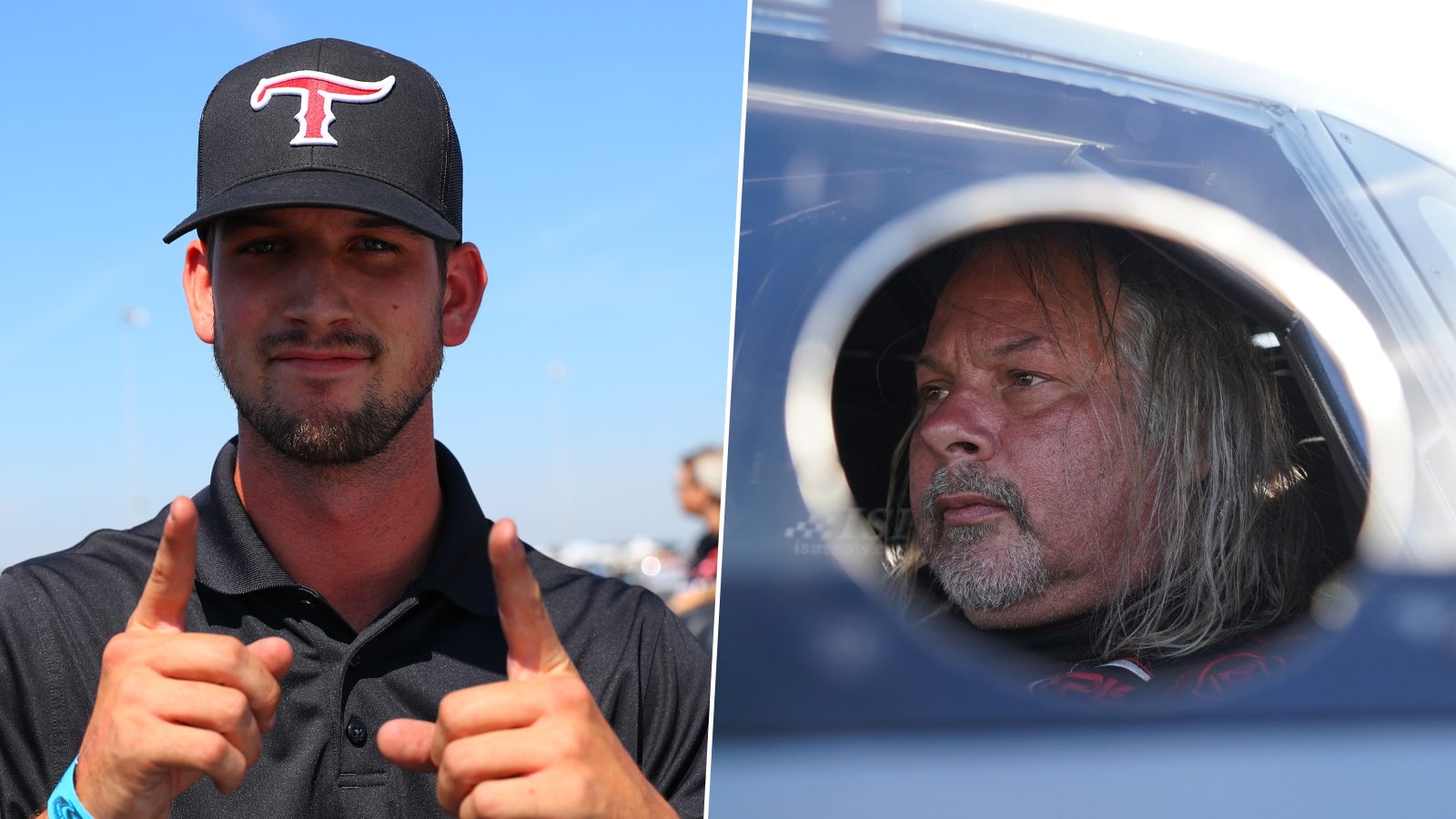 The PJS Racing duo of young gun Justin Jones and Pro Mod veteran Brandon Pesz will be bringing their very own horsepower to the 2023 Drag Illustrated World Series of Pro Mod. After spending the better part of two years diving into research & development on their own engine program, the Texas-based team is excited to show what they can do against 40-plus other drivers March 3-5 in Bradenton, Florida.

“Man, I was stoked,” Jones said about receiving his invitation from Drag Illustrated Founder and Editorial Director Wes Buck. “The guys that are invited to this race are the elites of the sport. Not just of the class, but of the sport. I’m a competitive guy, and I can’t wait to try and whoop up on all the guys that have been the elites for years and years.”

Pesz, who’s been driving for over 30 years, admitted to being a little nervous about whether or not he would be selected for the $100,000 winner-take-all event at Bradenton Motorsports Park.

“Well, I didn’t want to say, ‘About damn time,’” Pesz joked, referring to when he got the call. “At first, you’re like, ‘Oh yeah, I can’t wait for him to call me.’ Then the longer it gets, you start questioning it. Once I got the phone call, I was excited as hell, because it’s a big deal.”

Pesz, who tunes both cars, will be piloting his old-school 1953 Corvette; Jones, meanwhile, will drive his father Jeff’s 2018 model. Both drivers recently competed at the Snowbird Outlaw Nationals, also held in Bradenton, and were pleased with how far the engine program has come. 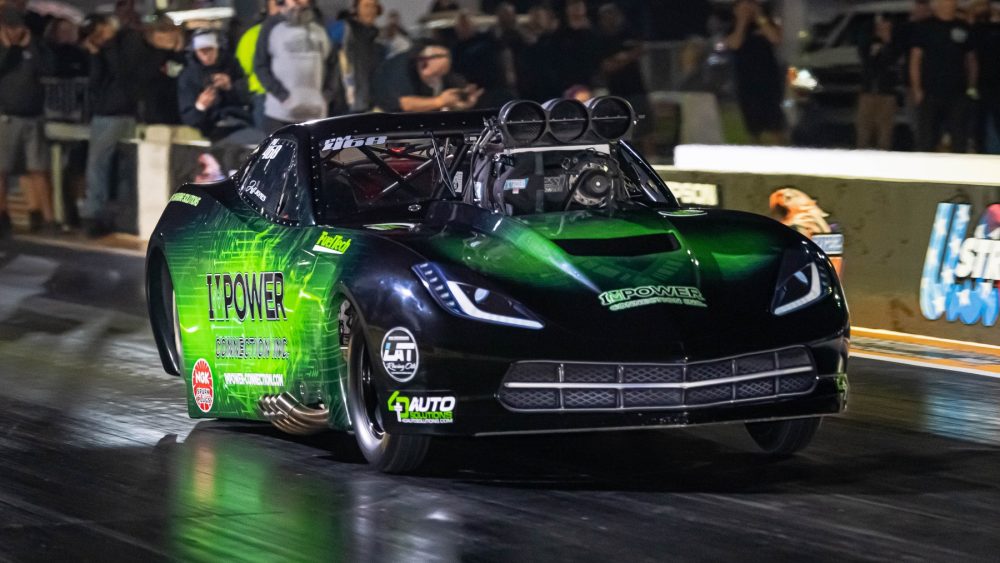 The PJS team will also benefit from having two cars in the race, allowing them to gather even more valuable data throughout testing and qualifying.

“You get double the runs, and even during eliminations, if one goes out there and it’s a little slow early or smokes the tires, that second car has the advantage of making changes,” Pesz said. “And with the FuelTech, we can make the change right inside of our car – we just push a button and it goes to a different tune. So there’s most definitely an advantage.”

That advantage could prove especially vital at the WSOPM. Between the caliber of racers invited, and the parity of the different power adders under the current rules package, just getting into the 32-car field will be a challenge. The drivers that do qualify will be paired up via random chip draw for the first round, creating more uncertainty.

“At a race like this, there’s no ducks in the pond,” said Pesz. “It’s a little nerve-racking, because hell, you can be the fastest car there all week and still pull the second or third fastest. One little slip-up, and you’re out first round. If you’re gonna be the best, you got to be the best the whole way through.”

Both Pesz and Jones have competed at the WSOPM and World Doorslammer Nationals in previous years, so racing for huge payouts is nothing new to them. And while a six-figure payday is on everyone’s mind, the team at PJS Racing wants the title of “Champion” even more.

“We’ve got a shot at a hundred grand, and we’re going to do everything we can to get it,” Jones said. “But at the end of the day, none of us do this for money. The money’s great, don’t get me wrong. But as drivers, we want the win. That’s what we care about the most – being the baddest, fastest, quickest car on the property at all times.” 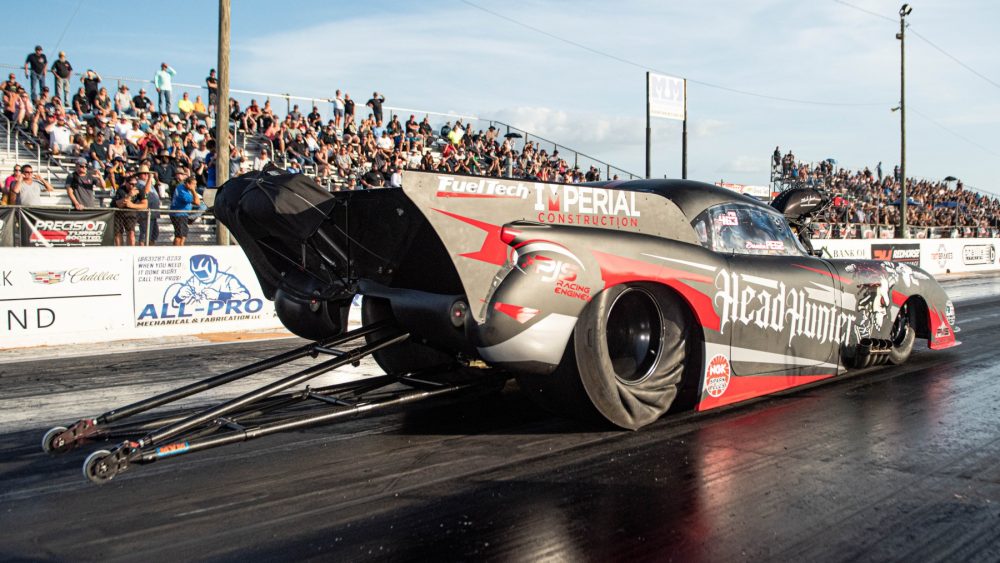 “I’ve done a whole bunch of grudge racing, and still do,” added Pesz. “The money matters, but those bragging rights is the shit. I’m looking forward to me and Justin going out there and both getting to the finals – and then I’ll kick his ass in the finals.”

That confidence is exuded throughout PJS Racing, and they are putting everyone on notice that they’re coming not just to compete, but to go home victorious.

“It’s going to be an awesome race,” Jones said. “And people better watch out. We got our stuff together, and we’re coming for the win. We’re not going to skimp on anything. We’ll be running stuff hard, and we will not let anybody have a round. We will race until the finish, and can’t wait to do it.”