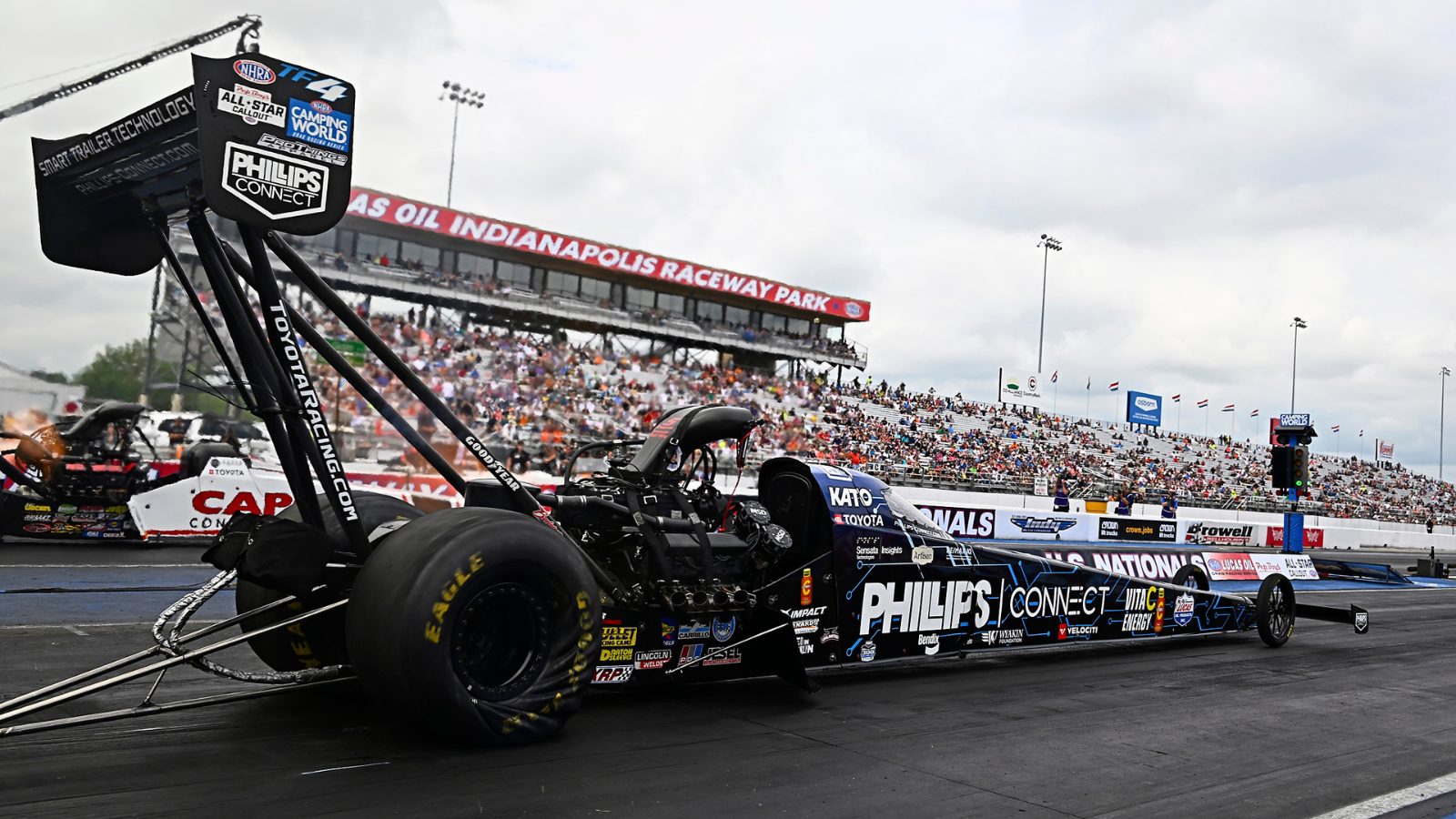 Last year Top Fuel driver Justin Ashley started his first Countdown with a runner-up finish at the Pep Boys NHRA Nationals at Maple Grove Raceway. This weekend the Top Fuel championship contender will be looking for a repeat performance with one additional win light from the first of six NHRA national events that comprise the NHRA’s Countdown playoff. Ashley, who will be driving the Phillips Connect Toyota Top Fuel dragster powered by Vita C Energy, sits third in the point standings and thanks to the playoff point structure the 27-year-old driver and team owner is just 30 points behind points leader Brittany Force.

“When they reset the points for the Countdown it signals the start of a new season,” said Ashley, the 2020 NHRA Rookie of the Year. “Every round of racing is important throughout qualifying and race day. The bonus points we earn in qualifying this weekend at Maple Grove could be the difference when it comes to winning the championship in Pomona in November. I love this time of the season.”

This year Ashley has been at the top of the Top Fuel leaderboard, shuffling positions with Force, four-time champion Steve Torrence and veteran Mike Salinas. There is a strong group of Top Fuel competitors right behind Ashley as well with only 10 points separating each driver in the standings. The Phillips Connect Vita C Energy Top Fuel dragster has raced to two wins already this season and Ashley is entering the six-race playoff stretch with confidence and experience on his side.

“Last year was my first time racing in the Countdown and that experience was invaluable,” said Ashley. “The approach should be the same during the Countdown as it is during the regular season, but you can tell the atmosphere at the events is different with every race being that much more significant. We raced very well in Maple Grove last year and this year the conditions will be vastly similar. It’s very important for us to have a successful weekend, which includes going after the $30,000 bounty kindly put into place through the Phillips Connect 300 to the 1/8-mile program.”

The four final rounds Ashley has reached this season is a career high for the young driver and his Davis Motorsports team is getting more experience every race under the leadership of crew chiefs Mike Green and Tommy DeLago. Over the last five races Ashley has raced to four semifinals and the team is looking to break through during the Countdown starting with the Pep Boys NHRA Nationals this weekend.

“We have been to numerous semi-finals and have a car that is more than capable of qualifying at the top of the field and winning races. We are focused on being the best version of ourselves that we can be in an effort to go more rounds on Sunday and give ourselves a chance to win this Camping World Top Fuel championship,” said Ashley. “It’s about taking one race and one run at a time. At this time of the year adding round wins and qualifying bonus points to your ledger adds up quickly.”

Throughout the season Ashley has been active with sponsor Phillips Connect and a host of additional companies including Bendix, Velociti, Sensata Insights, Lucas Oil, and KATO Fastening Systems. The driver who grew up in the sport as the son of Funny Car national event winner Mike Ashley knows that off track experiences and relationships can mean as much as on track win lights. Two weeks ago, the team announced a multi-year extension with primary sponsor Phillips Connect and the marketing strength of the team is only growing.

“We have been fortunate to have great marketing relationships throughout my career but the Phillips Connect relationship has truly been a tremendous blessing. I can’t thank Rob Phillips, Jim Epler, Amber White and the whole Phillips Connect team enough for the opportunity to work together,” said Ashley. “We won our first race of the season at the Winternationals with Phillips Connect on the race car and now we are looking for that same success throughout the Countdown. It will be a fun ride and I can’t wait to get to Maple Grove Raceway.

The Phillips Connect Toyota Top Fuel dragster powered by Vita C Energy will be on track to race for their first championship starting with qualifying on Friday night at 5:45 p.m. followed by two more qualifying sessions on Saturday. Final eliminations for the 16 top qualifiers will begin at 10:30 a.m. ET on Sunday. The race will be broadcast on FOX nationally Sunday afternoon.