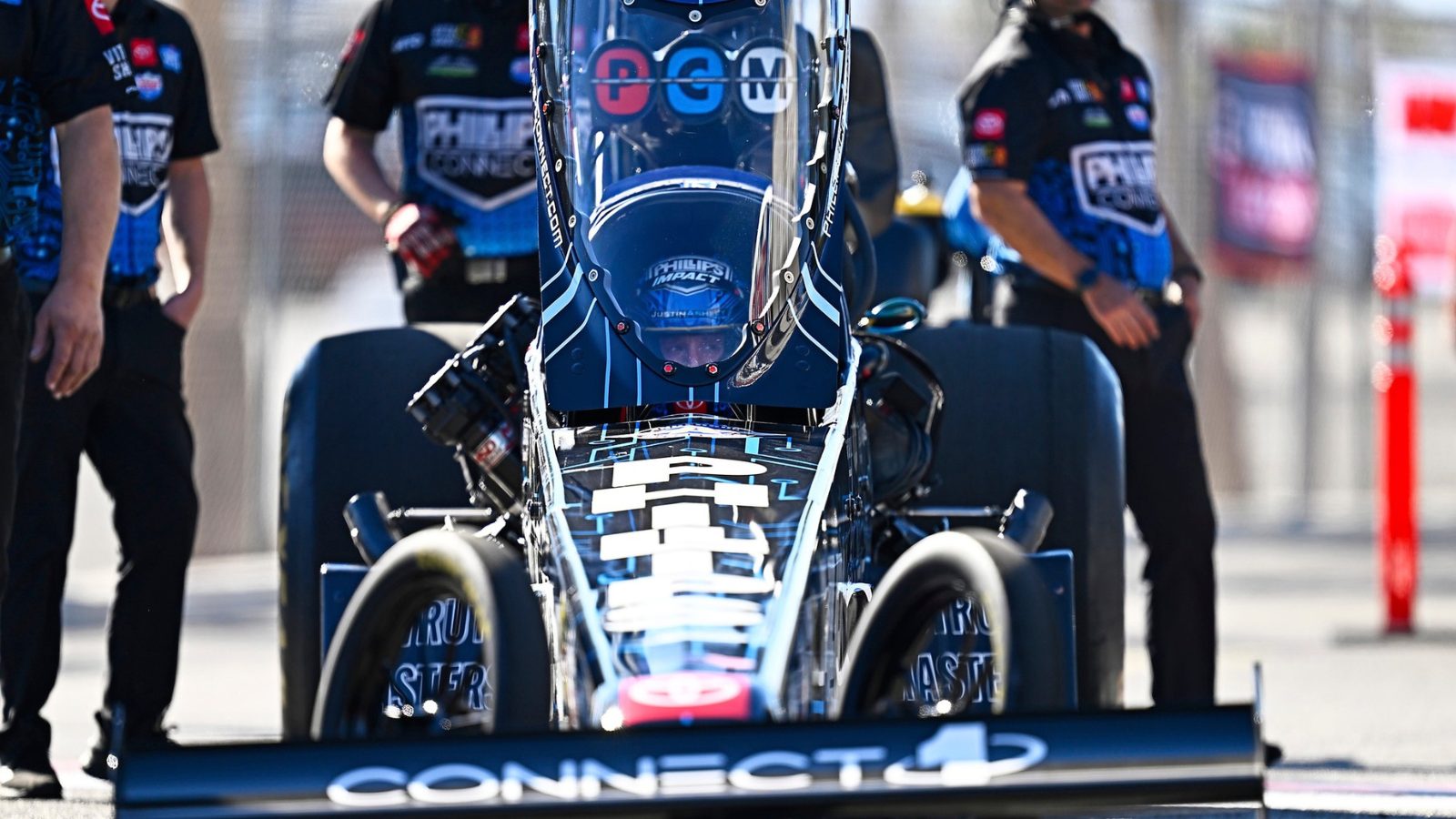 The NHRA Nevada Nationals at The Strip at Las Vegas Motor Speedway brought the drama and high stakes to the Top Fuel points battle. Through two days of qualifying points leader Justin Ashley and the Phillips Connect Toyota Top Fuel dragster powered by Vita C Energy worked their way through each session. In the opening session they made the third quickest pass and in the final session they stepped up and jumped to the No. 3 qualifying position going into race day. The points leader picked up three qualifying bonus points for his efforts.

In the first round Ashley pulled up beside veteran driver Clay Millican, the No. 14 qualifier, looking to hold off a tough group of Top Fuel competitors. As the cars were preparing to fire up Millican’s crew had an issue starting his 11,000-horsepower dragster and Ashley’s Phillips Connect team waited for them to address the problem. Millican’s crew corrected the problem and both cars started and executed burnouts without issue.

Ashley took a starting line advantage and as the teams closed in on halftrack Millican pulled even with Ashley. Both dragsters were blasting down their respective lanes towards the finish line and when the scoreboards flashed the elapsed times, a stunned crowd recognized that Millican had made the pass of the weekend, a monster 3.695 second run, light years ahead of his best qualifying effort of 4.272 seconds for the upset win over Ashley’s 3.754 second run. Ashley’s reaction time advantage of .038 to .063 was not enough to overcome the elapsed time difference.

This was the first time Ashley faced Millican in competition in 2022 and he held a 4-0 head-to-head record against the driver from Tennessee coming into the race. The early exit cut into Ashley’s points lead and heading to the final race of the season the 2020 Rookie of the Year will control his destiny in his pursuit of his first Top Fuel world championship. A win in the final race of the season will secure the world championship for the driver from Plainview, New York.

“It’s important to have the right mindset. This race is behind us and all of our attention and energy has shifted to Pomona,” said Ashley. “We have a championship winning team with championship winning partners. We knew at the beginning of the year it was more than likely going to come down to the last race of the season in Pomona. All we needed to do was put ourselves in a position to win that championship and we did just that. We’ll be ready to put our foot forward in Pomona.”

The Auto Club Finals will be contested at Auto Club Raceway at Pomona, from November 11-13, with the race being broadcast on FS1.