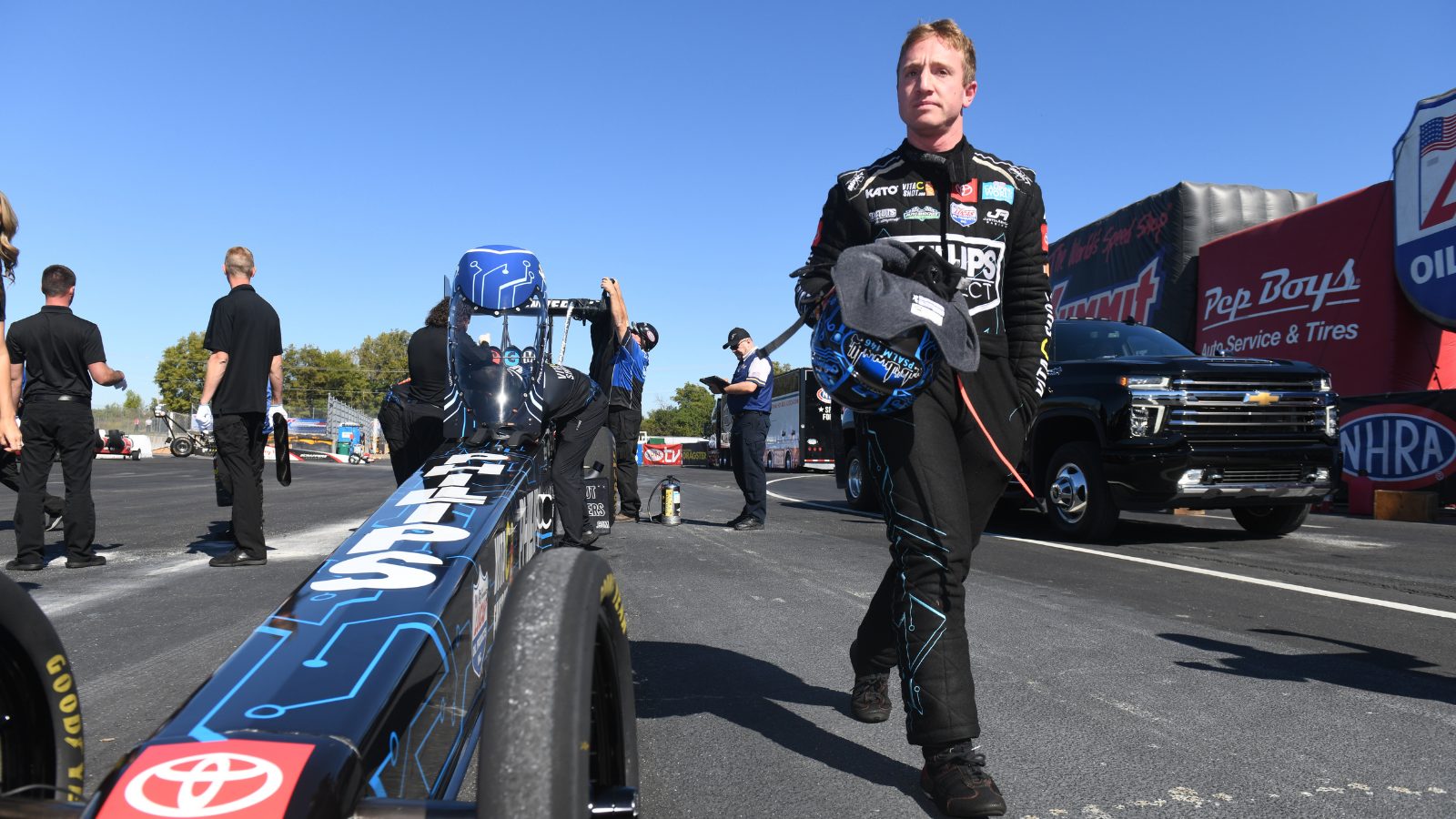 The Phillips Connect Toyota Top Fuel dragster powered by Vita C Energy and driver Justin Ashley escaped the NHRA Midwest Nationals holding onto the Top Fuel points lead and they are heading to the next Countdown race as the defending champion. An uncharacteristic first round loss ended Ashley’s day but fortunately for the two-time winner in 2022, the drivers who were chasing him did not capitalize on his misstep losing in the first and second rounds as well.

“First round losses can kill you in the Countdown, but only if you let them,” said Ashley, who hasn’t lost in the first round since the Norwalk Nationals in June. “Our Phillips Connect is resilient and we know the way we respond is far more important than anything else. We’ll still leave with the points lead and pick up where we left off. It’s going to be a fight the rest of the year.”

Ashley opened the Countdown with two runner-up finishes and a move from third in the points to first place. Over the previous eight races the Phillips Connect Toyota Top Fuel dragster powered by Vita C Energy raced to at least the semifinals seven times. That kind of consistency set Ashley and the Davis Motorsports team on a path to be one of the top contenders for the Camping World Drag Racing Series Top Fuel world championship. 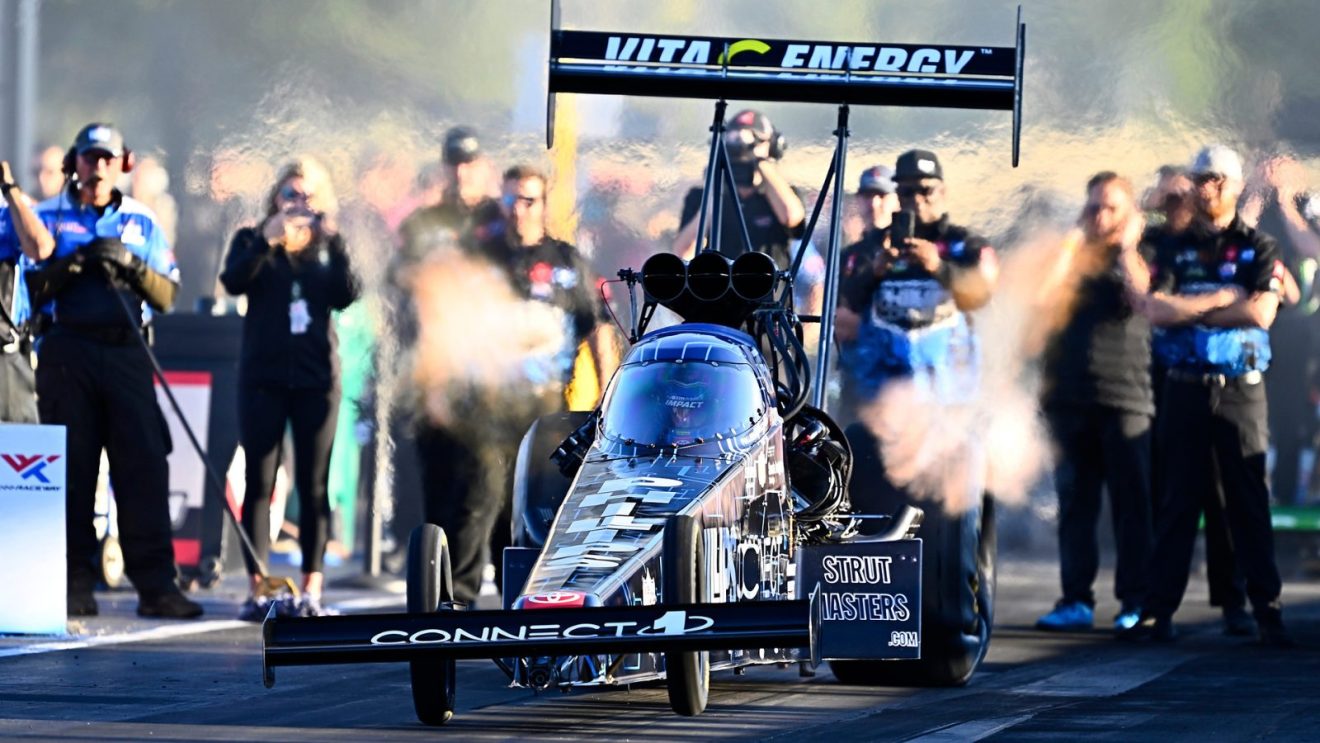 “Today was an anomaly,” said Ashley, the 2020 NHRA Rookie of the year. “We have a great Phillips Connect Vita C Energy dragster. We have a championship caliber team all the way around. We don’t want to look at this race under a microscope and we have to look at the season and the Countdown as a whole. We have been doing a great job and I fully expect that to continue the rest of the season.”

In the opening round against Countdown contender Mike Salinas Ashley had lane choice as the No. 7 qualifier. This was the first time in five races that Ashley began race day lower than third in qualifying. He was first off the line with a .044 reaction time but his dragster overpowered the track. Salinas was also not clean off the line, but Ashley was not able to reel him in and his 4.476 second pass ended his day and has the 2012 Texas Fall Nationals champion turning his attention to the next NHRA national event at Texas Motorplex outside of Dallas.

“Last year was my first year in the Countdown so everything was a new experience,” said Ashley. “Now back in the Countdown I don’t have as much experience as a lot of the drivers, but our team has a lot of experience. I feel better knowing what it is all about and understanding the pressure and situational racing. Going through it a second time has made me a lot more comfortable.”

The Texas Fall Nationals will feature four rounds of qualifying starting on Friday, October 14 with $15,000 on the line during Friday Night Live, the second qualifying session, for the quickest pass of the session. Ashley and the rest of the Top Fuel class will have two more qualifying runs on Saturday before final eliminations start for the 16 quickest Top Fuel dragsters at noon. The race will be broadcast nationally on FS1.