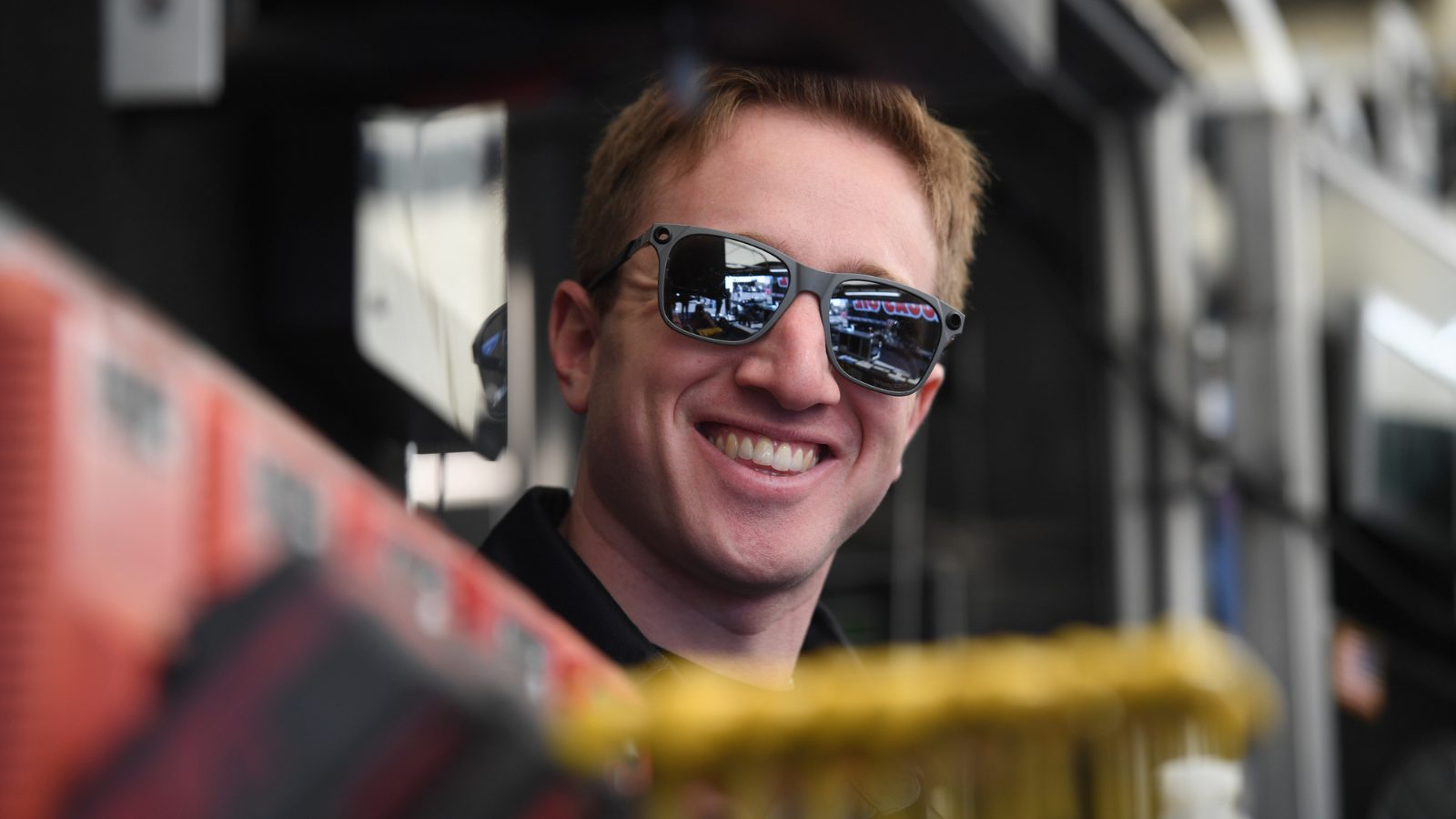 Fifteen years ago Justin Ashley watched as his father Mike won the Funny Car title at the prestigious NHRA U.S. Nationals in Indianapolis. This weekend as a third year Top Fuel team owner and driver it is the son who will be looking to add to the family trophy case with the U.S. Nationals title and an $80,000 win during the delayed Top Fuel Pep Boys Callout. Ashley will roll into Lucas Oil Raceway with the Phillips Connect Toyota Top Fuel dragster powered by Vita C Energy as one of the hottest drivers in the category and with a bit of luck on his side. During his rookie season Ashley raced to his first Top Fuel win the Saturday of the U.S. Nationals completing a rain delayed national event. The 2020 Rookie of the Year hopes the situation repeats itself on Saturday when Ashley will be one of four Top Fuel drivers closing out the rain-delayed Pep Boys Callout during the second day of qualifying.

“I remember how excited I was to race in that final round against TJ Zizzo in 2020,” said Ashley. “We waited over six weeks to finish the race and it was one of the most thrilling experiences of my life. Our team has waited even longer than that to finish the Pep Boys Callout race in Indianapolis and we are ready to put our best foot forward for our partners and all those who support our program. The U.S. Nationals is the biggest stage in drag racing and the chance for two trophies in one weekend makes it that much more special.”

This season Ashley has been battling with the top teams for control of the Top Fuel class. The winner of the season opening Winternationals also picked up a win in Bristol to go along with two additional runner-up finishes in Houston and Epping, New Hampshire. The Phillips Connect Vita C Energy team has never been lower than fourth in the point standings and they have racked up four semifinal finishes over the past five races with a quarterfinal finish mixed in.

“We have had an amazing race car this season,” said Ashley. “Mike Green and Tommy DeLago have done a great job and Dustin Davis has assembled an outstanding crew. We get better every race. Our goal is to win the championship and getting a U.S. Nationals win would put us on a great path to doing so this season.”

The team will get one qualifying run on Friday night to get a handle on the track and then during Saturday’s first qualifying session Ashley along with Brittany Force, Mike Salinas and Steve Torrence will battle for the chance to race for $80,000 during the final qualifying session. Ironically, the four remaining Pep Boys Callout participants are also the top four in the Top Fuel point standings. The quartet of drivers have been swapping positions throughout the first fifteen races of the season setting up a battle royale for the Countdown.

“The last four drivers standing in the Pep Boys race are all in the top four in the points,” said Ashley, who is competing for the first time in a big money specialty race. “I have a tremendous amount of respect for each of these teams and I know everyone will be ready to bring out the best in each other. We will have this Phillips Connect Toyota dragster powered by Vita C Energy ready to compete at a high level.”

In previous two appearances at the U.S. Nationals Ashley raced to a semifinal finish in 2020 and last year he was upset in the first round. He has raced at Lucas Oil Raceway five times in a national event setting going back to four events in 2020 and last season’s event. This will be the first time Ashley will experience the five rounds of qualifying and race day on Monday.

“This is an important event for our Phillips Connect Vita C Energy team on and off the racetrack,” said Ashley. “We’ll have partners at the race, autograph sessions, and an opportunity to win the shootout all before the actual race on Monday. If you are only able to make it to one race over the summer, you can’t beat the U. S. Nationals at Lucas Oil Raceway.”

Friday will feature qualifying at 7:30 p.m. with the Pep Boys Top Fuel Callout announcement preceding the first round of qualifying. Saturday’s second round of qualifying and first round of the callout race for Ashley will be at 2:40 p.m. and depending on the outcome Ashley will either finish Saturday with the rest of the Top Fuel competitors in the third qualifying session at 6:00 p.m. or he will be racing for the $80,000 and trophy at 6:25 p.m. On Sunday Ashley will have two more qualifiers to prepare for Monday’s eliminations at 1:30 p.m. and 5:00 p.m.

The race will be broadcast nationally throughout the weekend with multiple qualifying shows and race day on FS1 and FOX. Fans can check their local listings for times and channel assignments.