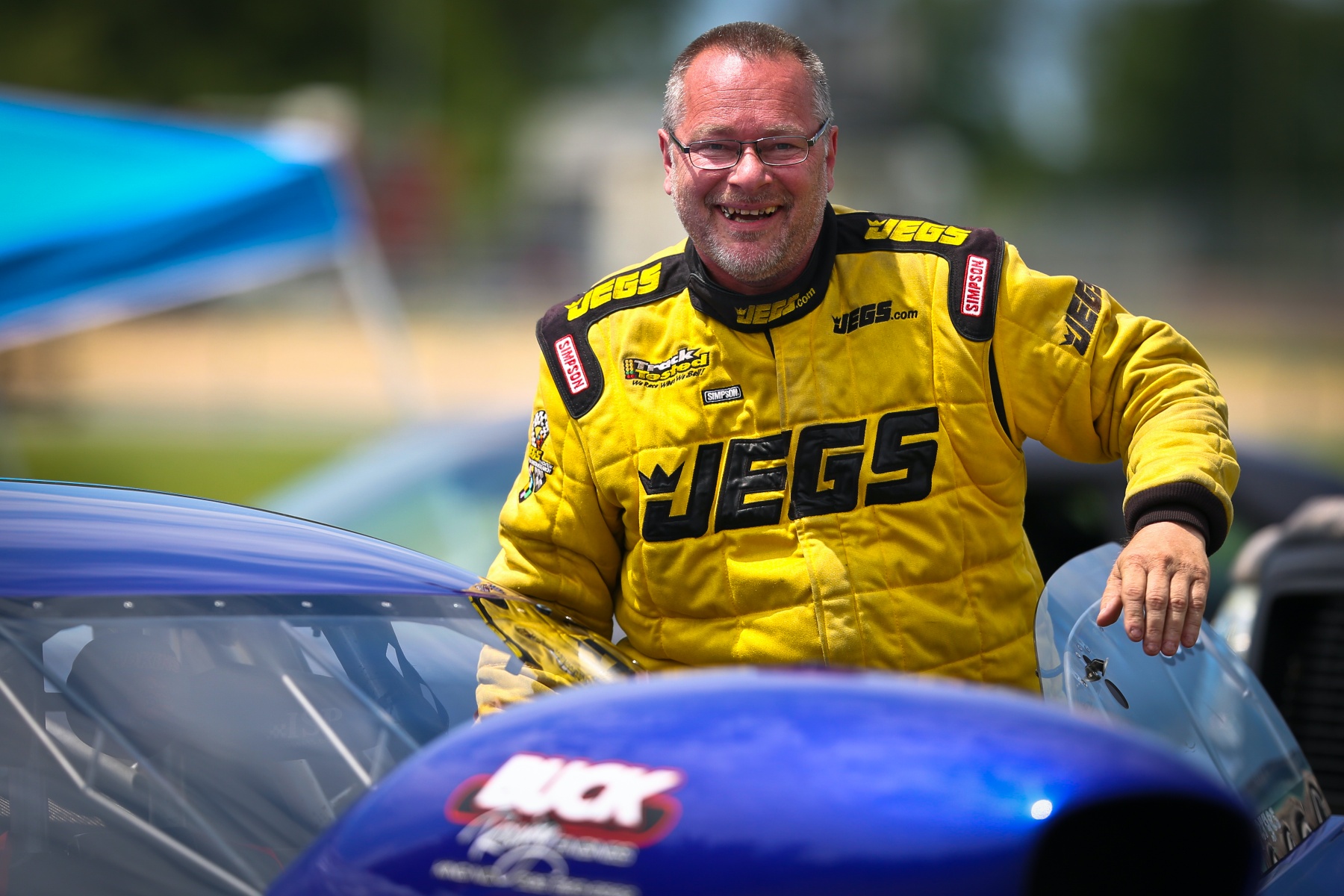 Thirty-two years ago, Chris Nyerges and Dr. Gary Schween started racing together. Nyerges had pulled into Schween’s father’s gas station when his car broke down, and the chance encounter led to a racing partnership that continues today as the duo chases a world championship in PDRA’s MagnaFuel Elite Top Sportsman presented by US Rail.

Nyerges started racing in high school in a Chrysler K-car station wagon before progressing to a ’79 Honda Civic wagon, then a Mazda R7 with a small-block Chevy in it. When Nyerges wrecked the Mazda in 2002, Schween suggested they get a “fast car,” so they bought a 2000 Pontiac Firebird Top Sportsman car. Nyerges raced that car for 18 years, racking up numerous accomplishments, including the 2019 PDRA MagnaFuel Top Sportsman 32 world championship. His 24-year-old son, Carsten, is now behind the wheel of the Firebird.

The team made a significant upgrade for the 2021 season, as Nyerges debuted a brand-new, Bickel-built ’20 Corvette at the season-opening East Coast Nationals at GALOT Motorsports Park. With a nitrous-fed 941-cubic-inch Buck Racing Engines power plant, Switzer Dynamics nitrous components, and an M&M Transmission, it’s a top-of-the-line piece. It was quite a step up from the Firebird, which typically ran in the 4.20s. The Corvette now consistently runs in the high 3.70s to low 3.80s. So consistent, it once ran 3.84 six times in a row earlier this season.

“The car goes .953 60-foot,” Nyerges says. “It’s three and a half Gs leaving the starting line and drops down to about three Gs for the whole run. It pulls the whole time. It’s smooth as glass going down the track. It stages like a dump truck because that size motor just shakes the whole car when you stage it. But once you mat that gas and let go of that button, it’s smooth as can be.” 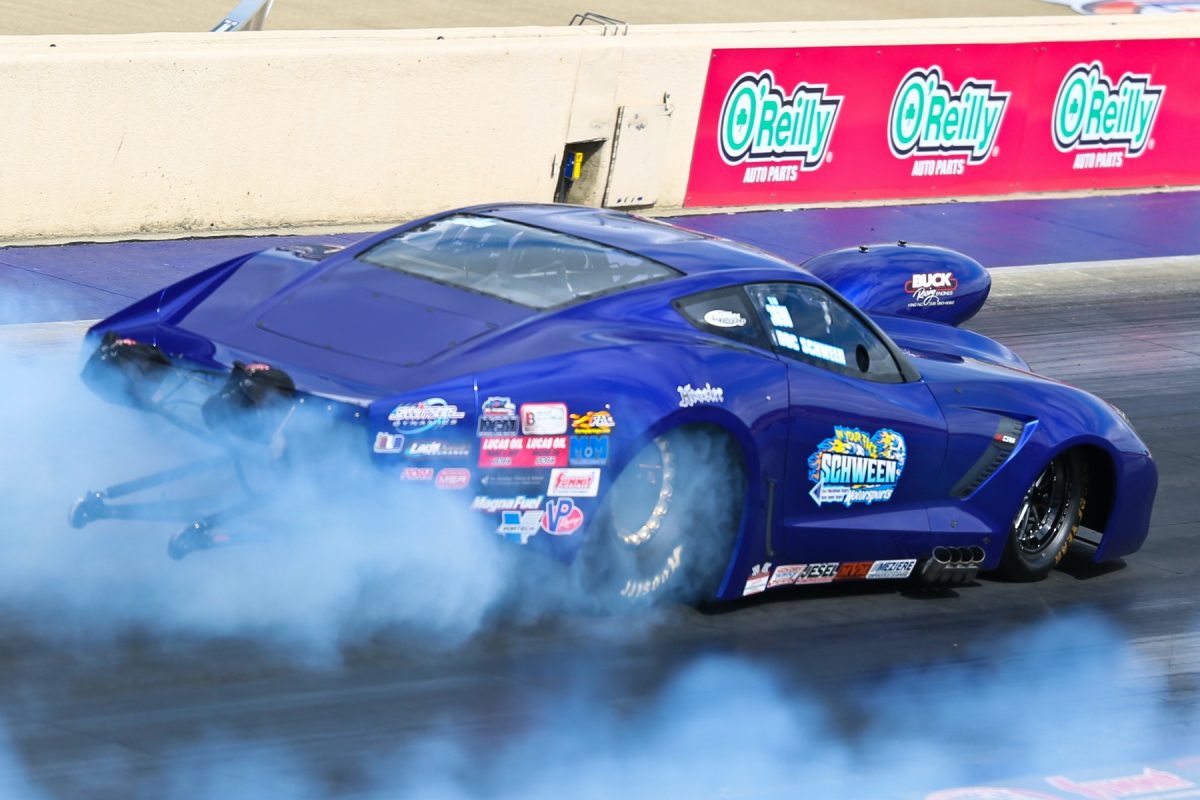 Nyerges admits the extra power definitely got his attention when he made his first passes in the new car during a preseason test session at Orlando.

“I drove it to almost the 330,” Nyerges begins, “the lockup came in and it picked the front tires back up and I lifted because I didn’t know what it was. Brandon [Switzer] wanted me to go to the 330 so he could check all the computer stuff to make sure everything was good before we put the hood scoop back on. I had no idea that lockup converter was coming in. The very next pass, he’s like, ‘You’re good to go. Put the hood scoop on it and take it to the eighth.’ So we did, and it went 3.79. The next day, I got in the car and took it down and it went 3.79 again.”

Nyerges and the Schween Motorsports ’20 Corvette reached the winner’s circle at just the second race of the 2021 season, the Doorslammer Derby at Beech Bend Raceway Park in Bowling Green, Kentucky. Other than that, the season was chalked up as a learning year.

“Even though I’ve been in a car for a long time, it was still a big learning curve, going that fast,” Nyerges says. “And it wasn’t really going A to B; it was learning the characteristics of the car, what it liked. I told Gary, next year, we’re going to have a good year. We’re learning the car this year, and next year we should be OK.”

That prediction has proven true. Nyerges opened the 2022 season with a runner-up finish at the East Coast Nationals at GALOT, then he successfully defended his Doorslammer Derby title. A semifinal finish added to Nyerges’ points total, giving him the points lead going into the second half of the season.

While Nyerges has undoubtedly done his job in the driver’s seat, he gives all the credit for the team’s success to Schween, the crew, and the manufacturers who support the Schween Motorsports program.

“Most of it is because Gary’s not scared to spend any money,” Nyerges says. “That car is a total money pit. Having the right people in place is also important. We have Brian Tiffe tuning on the car. He also takes the motor apart and puts it back together after every race. My buddy Darrell [Hartshorn] goes with us and he helps Carsten out, which is a big help, and he helps out on the Corvette. Then you have Charlie Buck and Brandon Switzer. If we have a question or an issue, it gets fixed; it gets whatever it needs. It makes it easy for me. When you get in the car, you have confidence. You know it’s put together right.” 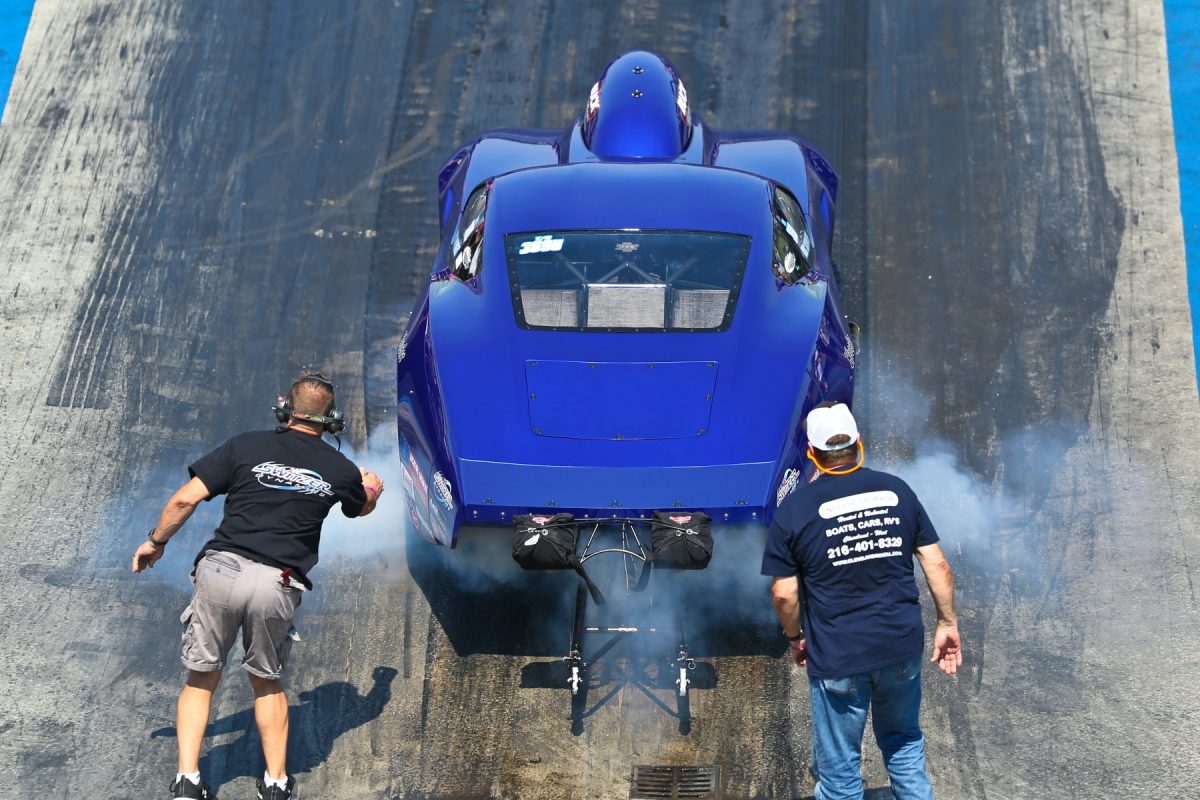 The Schween Motorsports camp has grown considerably over the last few years. Along with Chris in the Corvette and Carsten in the Firebird, the team also fields a ’02 Corvette driven by Maximus Butcher, the son of Top Sportsman veteran Glenn Butcher. It’s a family operation, as Chris’s wife, Shari, and Gary’s wife, Maren, join the team at the races.

The practice specializes in high-level oral and maxillofacial surgery, which is a surgical specialty focusing on reconstructive surgery of the face, facial trauma surgery, the oral cavity, head and neck, mouth, and jaws, as well as facial cosmetic surgery.

Racers don’t need to be patients; they just need to run the contingency decal to be eligible for the $200-to-win and $100-to-runner-up contingency awards posted by Schween for both Top Sportsman classes.

“He is all about the PDRA,” Nyerges says of Schween. “He wants to run cars that have a points system. We stopped running NHRA because it’s horrible money. Your wins are so few and far between, you at least want to capitalize if you have a chance to win. So we started running PDRA back in 2018. We ran a few races, then we were full-time from ’19 on. He supports the class and he just supports everything about it.” 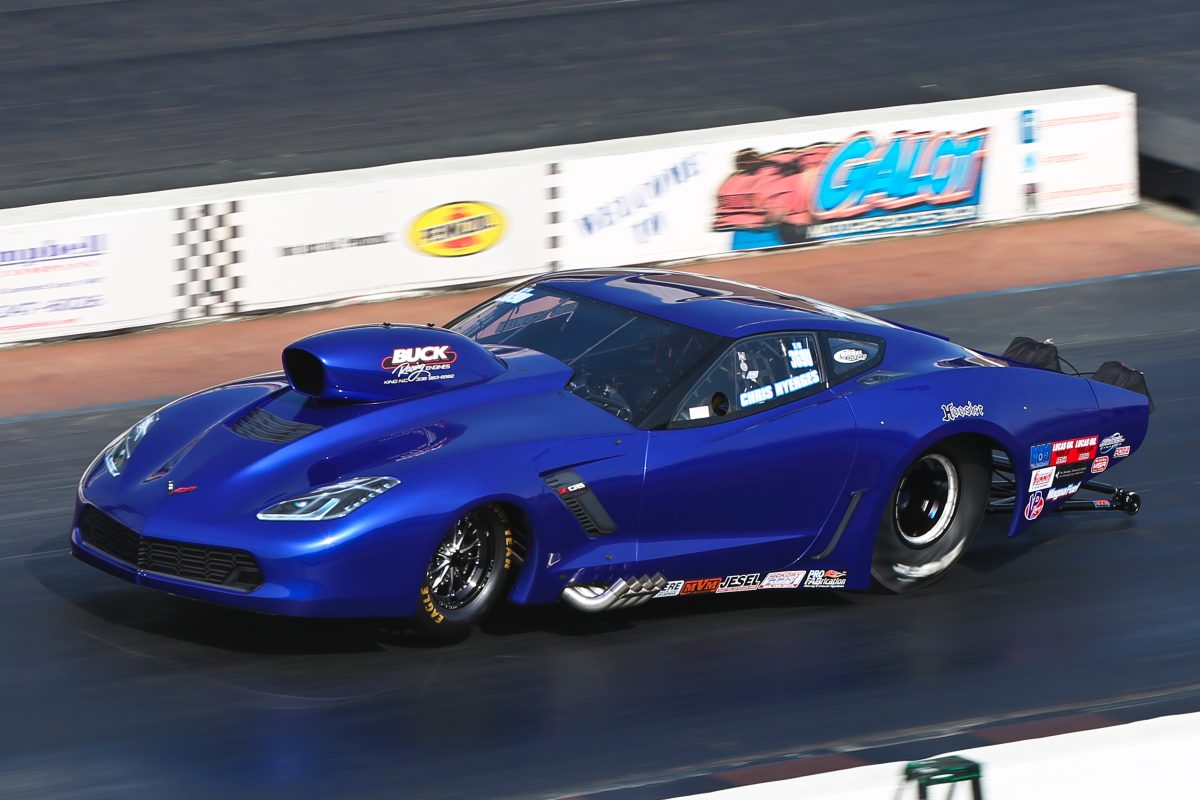 Going into the last few races of the season, Nyerges is focused on going rounds – not tallying points – and continuing to mentor Carsten as he progresses as a driver.

“I think Carsten is on a huge upswing,” Nyerges says. “He’s getting comfortable in the car and he’s starting to do his own thing in there. He’s not worried about the other guys, like who he’s running. He’s doing his own thing. He’s come a long way.

“Me, I just need to quit playing into people’s games and start doing my own thing again like I did at the beginning of the season,” he adds. “I usually don’t let anything bother me. That racer’s talking, ‘Oh, just go green. Better lay off the tree. Better do this, better do that.’ You do it one time, like the last race, then the guy is .015 on the tree and one off the number and you’re done. I’m going back to doing my own thing.”

“But it’s fun,” Nyerges continues. “We have fun with it. That’s the biggest thing. I try not to get caught up in the points because it’ll probably eat you alive. I just told Gary, we’re down to 12 rounds. There’s 12 rounds left. We’re going to be fine. After those 12 rounds, we’ll see where we sit.”