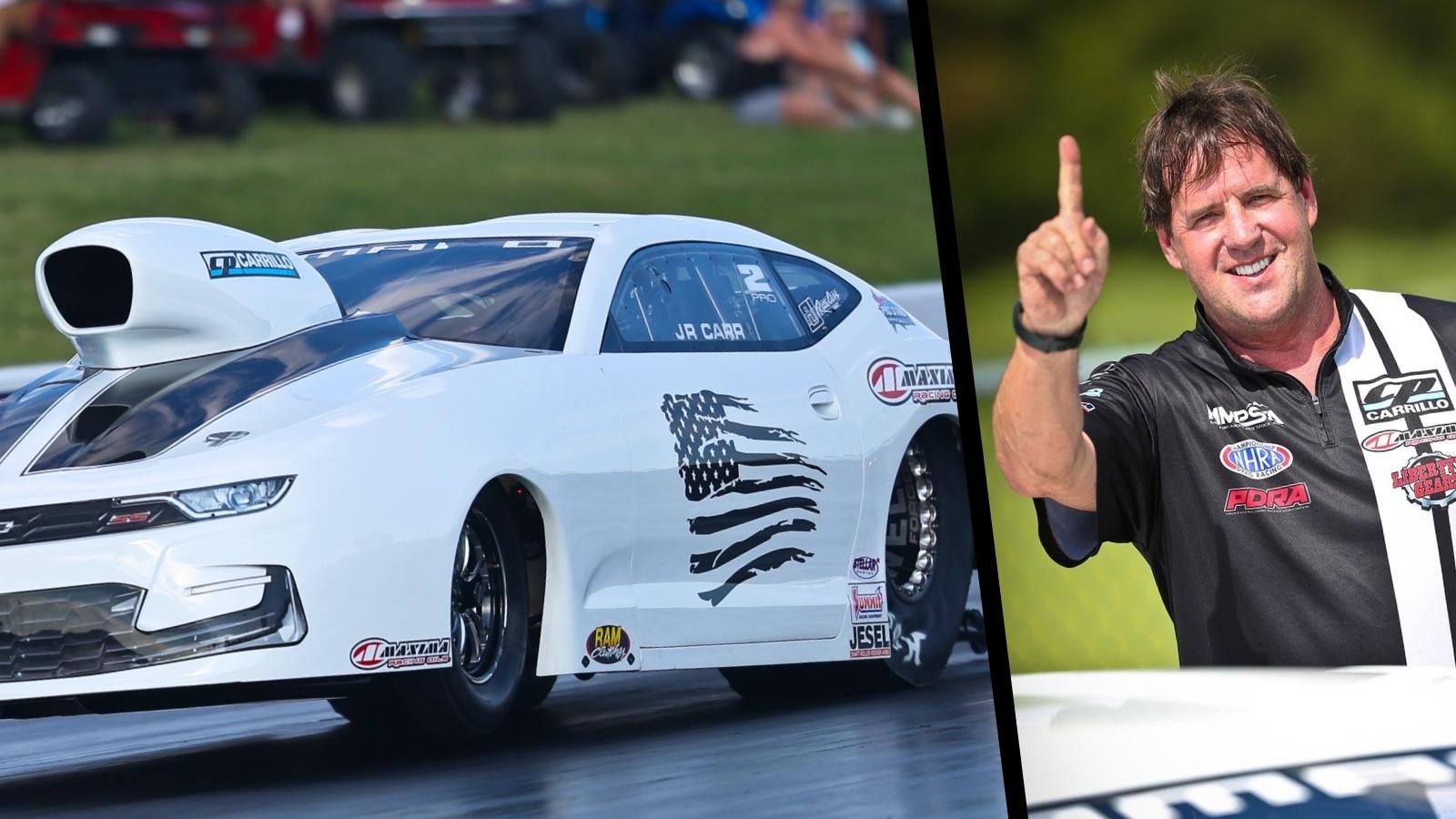 The final round in Extreme Pro Stock was a rematch of the 2021 final round, with JR Carr taking on 2020 world champion and defending ProStars champion Johnny Pluchino. This time, Carr was the one hoisting the trophy after posting a 4.061 in his Frank Gugliotta-tuned F5 Motorsports ’20 Camaro. Pluchino lifted to a 5.236 at 96.15 in the runner-up effort.

“I wanted this so bad,” Carr said. “Last year, I lost in the final round to Johnny. We evened out pretty nice. I’m happy. Everybody is tough here. I don’t take anybody lightly, and anybody who thinks they can take anyone lightly here, they’re going home. I’m just so proud of my team – Frank, Garry, Rich, Big, and my wife [Teri]. We’re clicking. RJ Race Cars, CP Carrillo, Maxima Oil – they’ve been with us, they like us, and we had a good performing car today.”

“Thank you to Tyler [Crossnoe] and the Franklin family for working so hard to put this deal together,” Carr added. “The bands were awesome. It was just a phenomenal event, and it’s very appreciated by all the racers. Also, a special thanks to Summit Racing Equipment for their support of the race.”

Pluchino in his Kaase-powered $hameless Racing/Strutmasters ’13 Mustang kicked off race day with a 4.103 at 177.21 victory over Justin Kirk and his 4.159. He lined up against defending world champion Chris Powers in the semis, with both drivers pedaling and fighting to reach the finish line first. Pluchino won with a 4.50 over Powers’ 4.78.