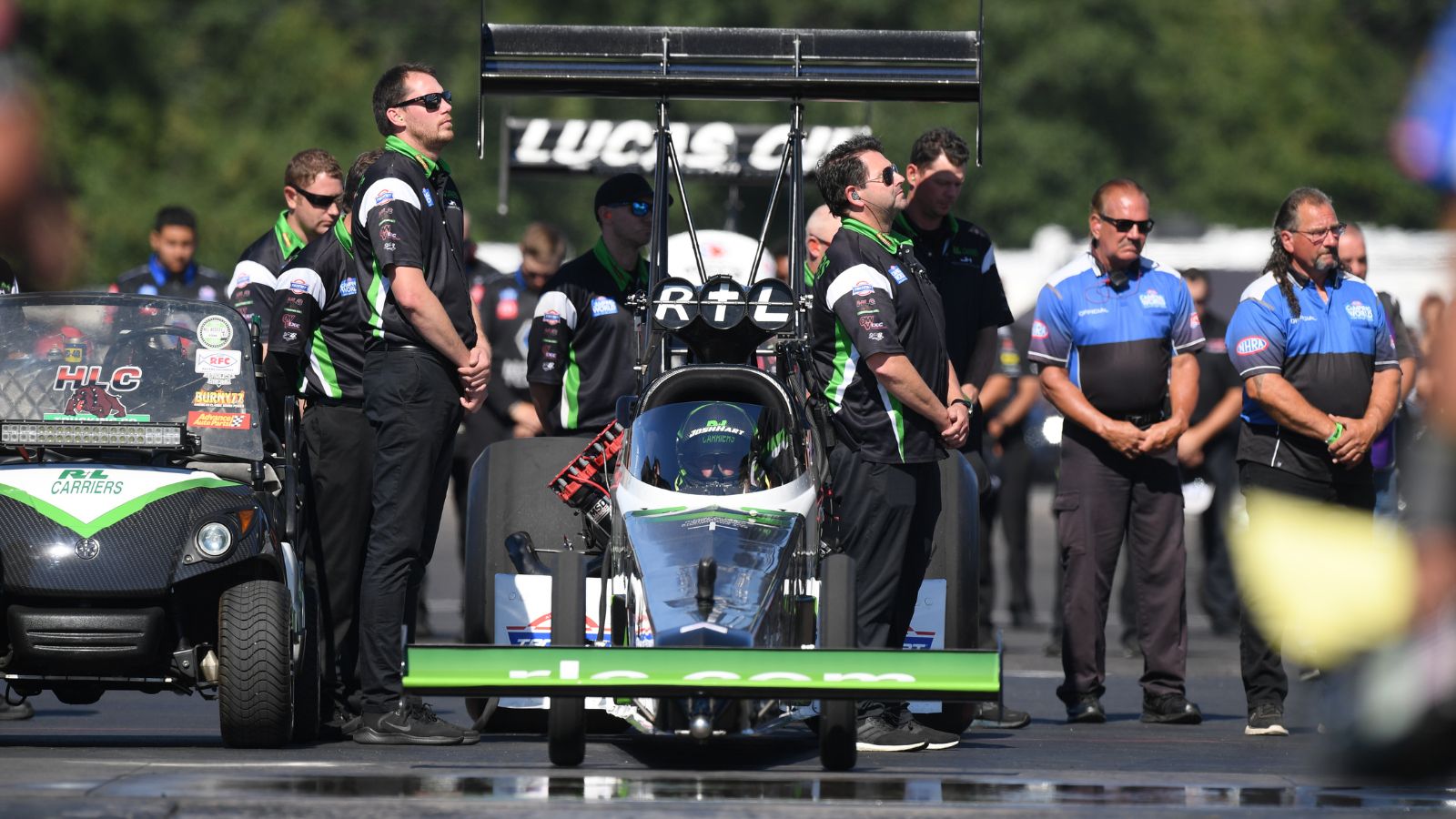 Over three days in the land of 10,000 lakes Josh Hart and the R+L Carrier Top Fuel dragster team rewrote their personal performance record book at both ends of the spectrum. When two days of qualifying concluded yesterday Hart had secured his best qualifying starting position, No. 2 in a tough field, with his career quickest elapsed time of 3.668 seconds. The second-year pro and contender for the Top Fuel championship earned four qualifying bonus points by posting the second quickest passes in each of the final two qualifying rounds. Heading into race day the confidence level was high for Hart and his team.

“We really made the most of the qualifying run opportunities,” said Hart. “Back-to-back runs in the 3.60s shows we have a strong dragster for the rest of the season. We have been racing in really hot conditions and this weekend mother nature cooled it down for us.”

Once again Hart and his Ron Douglas tuned Top Fuel dragster were the first pair to get the Lucas Oil NHRA Nationals underway today. Hart continued his record setting weekend with a dominant first round win over Scott Farley. The driver from Ocala, Florida, was first off of the starting line and blasted down the track with a solid 3.710 second pass at a career fastest speed of 334.73 mph. The strong run continued three days of quick and fast runs by the R+L Carriers Technet Top Fuel team.

“That was a big win for this R+L Carriers team because we want to keep the pressure on the teams behind us in the points,” said Hart. “We want to go into the playoffs as high in the points as possible so first round wins are critical. That was also a great run to see that speed. We made our quickest run yesterday and to come back in the first round and set a persona speed record is great for the team”

In the quarterfinals racing eight-time Top Fuel world champion Tony Schumacher for the first time Hart was not intimidated in the slightest. The second-year pro grabbed a starting line advantage with a superior reaction time, but his dragster went into almost immediate tire smoke and shut off. Schumacher’s dragster lost power just past half-track and coasted across the finish line in front of Hart. It was a bittersweet ending to a record setting weekend for Hart and the R+L Carriers Top Fuel team.

“It was getting warmer out there and we had to wait a little bit for Tony,” said Hart. “I don’t know if waiting hurt us, but I am going to look at the overall positives for the weekend and start to focus on Indy. We will have a special design on our dragster starting at the U.S. Nationals and I can’t wait to unveil it.”

Heading into the final race of the regular season the R+L Carriers team is sitting in fifth place with a decent lead over the rest of the Top Fuel dragsters in the Top Ten. The U.S. Nationals will feature points and a half which should provide Hart with enough points to hold off any pursuers as he races to qualify for the NHRA Countdown for the first time in his career.