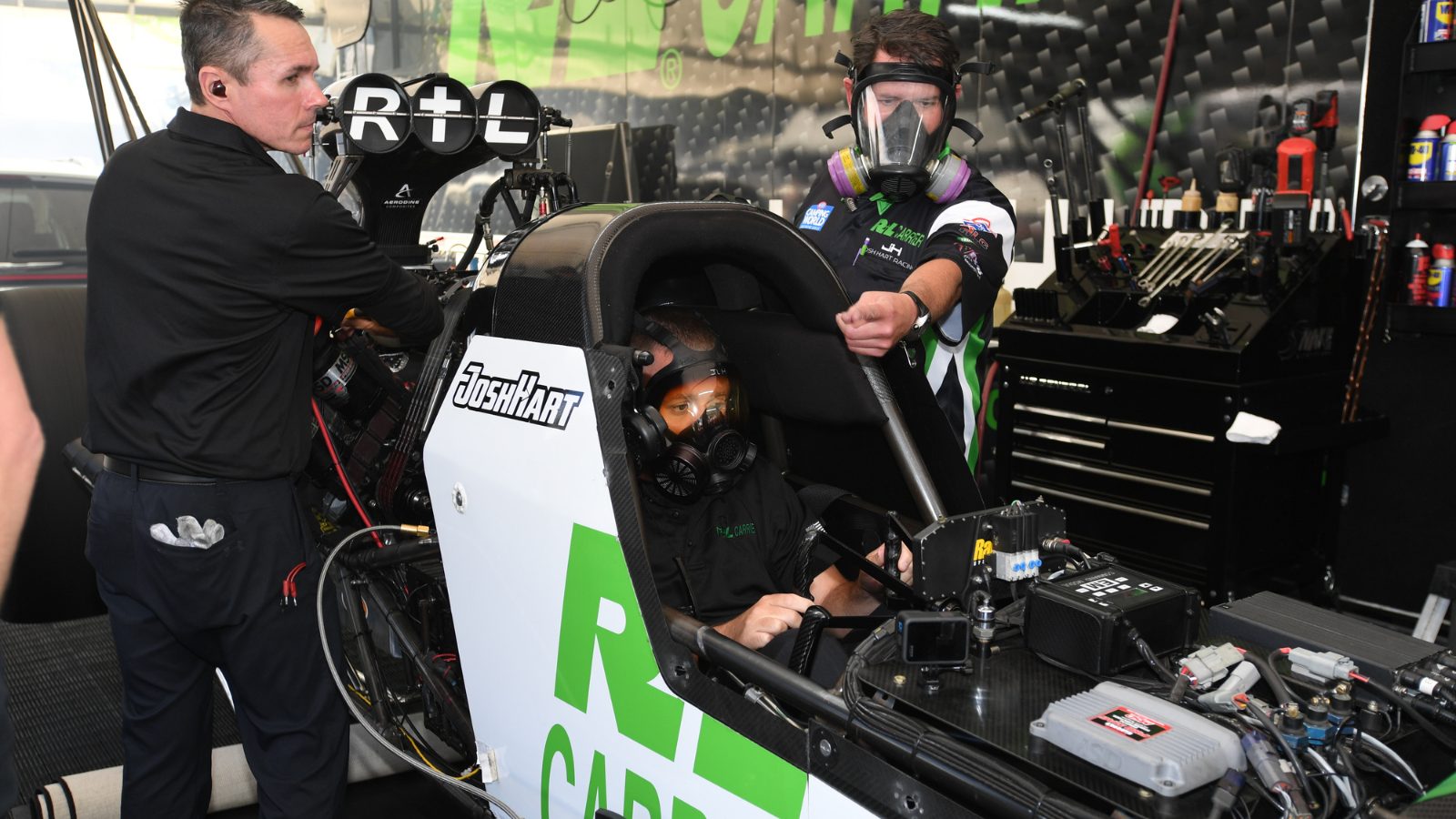 Josh Hart and the R+L Carriers Top Fuel team will head to zMax Dragway on a mission to defend their 2021 title and battle their way to the top of the Top Fuel Countdown field. The second race of the NHRA Countdown, the Betway Carolina NHRA Nationals, is one that Hart is all too familiar with thanks to his rookie season victory just over a year ago. Hart qualified No. 7 and raced his way through Alex Laughlin in the first round and then three Countdown contenders Mike Salinas, Justin Ashley and Brittany Force to earn the second Top Fuel victory of his young career. The win was significant because Hart was wrapping up his rookie season racing only half of the national events and taking on teams fighting for the championship.

“We have learned a lot this season and we are still a young team,” said Hart. “The success we had in my rookie year was not a fluke and we have a championship caliber group. Thanks to R+L Carriers, TechNet and all our sponsors I am living my dream of racing against the best Top Fuel teams in the world. We are going to keep proving that we belong. Charlotte is a great facility and I can’t wait to get back there and start turning on win lights.”

This season Hart invested in a new dragster and additional parts to make a run at the full schedule and the Camping World Drag Racing Series Top Fuel championship. With crew chief Ron Douglas making the tuning calls and Hart continuing to develop as a top-tier driver the R+L Carriers team has been in the mix throughout the season. They entered the Countdown as the No. 5 seed but an early exit at the Pep Boys NHRA Nationals in Reading last weekend was a setback to their championship pursuit. The determined and focused Hart, who built several businesses most notably Burnyzz Speed Shop in Ocala, Florida, from an initial nest egg of $300, is undeterred with five races remaining in the playoffs.

“We didn’t start the Countdown the way we planned but this R+L Carriers team isn’t hanging our heads,” said Hart. “We won this race last year and I have a lot of confidence we can do that again. We have to start making up rounds, but I truly believe anything is possible. Our goal is to make quick runs starting on Friday night and start chipping away at the points lead.”

Prior to the rare early loss in Reading Hart had advanced out of the first round in the previous seven consecutive races including a runner-up finish at the Norwalk Nationals and a semifinal finish at the Mile High Nationals, one of the toughest races on the tour for a young team. Throughout this first full-time season Hart has had the support of R+L Carriers as well as TechNet. At the U.S. Nationals in Indianapolis Hart raced a pink Brakes for Breasts Top Fuel dragster to raise aware for breast cancer research. Fans and supporters can visit their local TechNet repair shop to give or get up to $40 on their qualifying brake service. Learn more about the Cleveland Clinic Breast Cancer Vaccine Research Fund. All the funds raised will go towards the Cleveland Clinic Breast Cancer Vaccine Research Fund.

At the races Hart continues to promote career opportunities with primary sponsor R+L Carriers. Throughout the weekend Hart hosts R+L Carriers employees and guests as well as fans interested in learning about the diverse jobs available across the country with a family owned and operated company that has been in business over five decades. The stability of his marketing partnerships combined with a team that is improving every race has Hart excited about the next five races of the playoffs and his championship aspirations.

“My goal is to race the best of the best and win races and championships,” said Hart. “Every race we put all our efforts into making the quickest runs possible and give everything we can on the track. In the pits we want to make sure our guests are having a good time and the NHRA fans are getting a great experience. I love to meet new fans across the country. It will be cool to be back in Charlotte as the defending event winner. A lot of people talked to us in the spring when we were here for the four-wide race and I hope to see them back in a couple days. This is the time of year when the racing is even more exciting.”

Hart and the R+L Carriers Top Fuel team will have three qualifying sessions this weekend to earn a spot in the 16-car field. The race will start at noon ET on Sunday with Fox broadcasting the race nationals. Fans can check their local listings for air times.