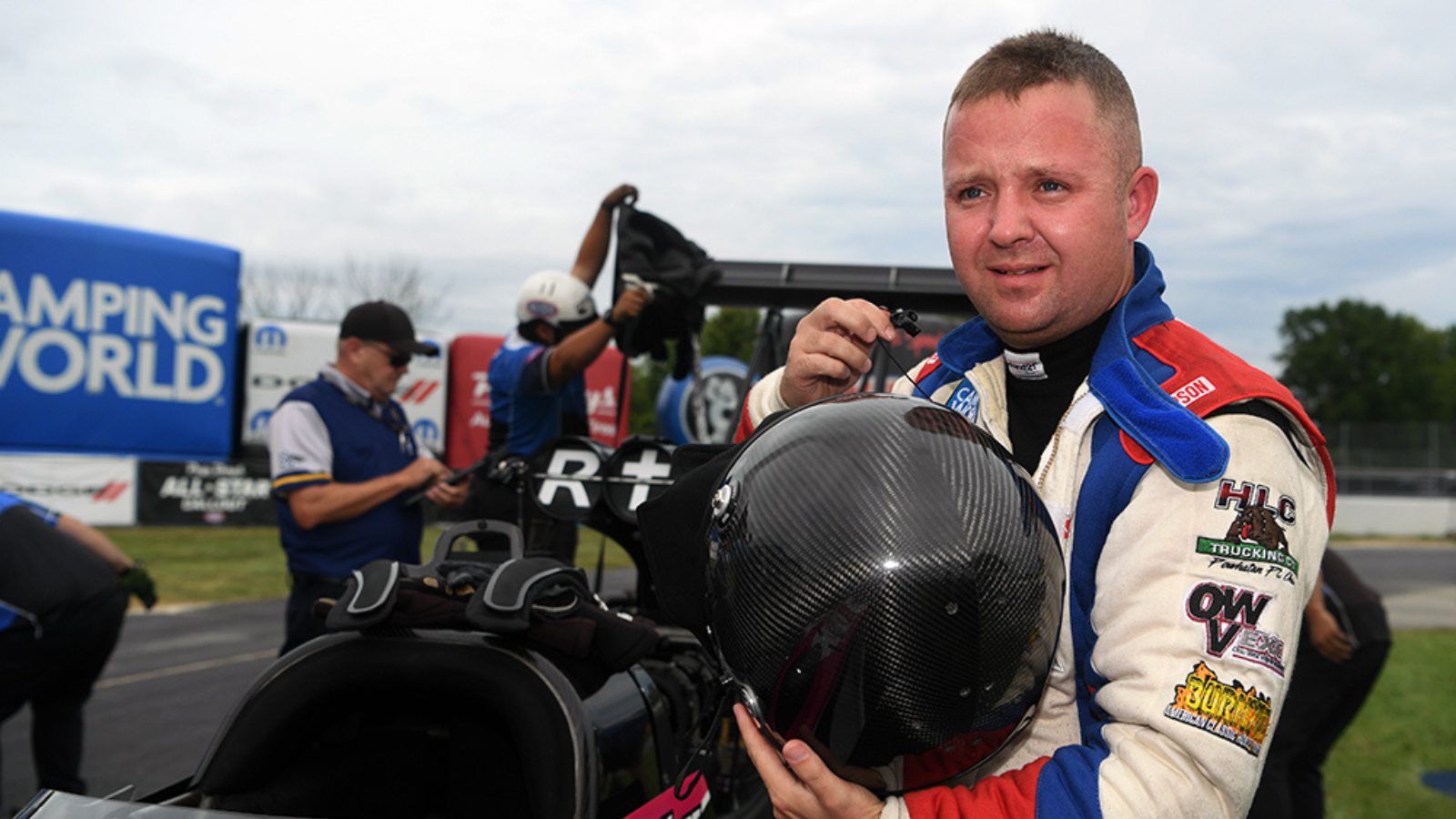 The 68th installment of the NHRA U. S.  Nationals featured the quickest Top Fuel field in history and closed out the 2022 NHRA Camping World Drag Racing Series regular season. Over two dozen race cars were vying for one of the sixteen spots in the Top Fuel field. Josh Hart and the TechNet Brakes for Breasts Top Fuel dragster worked their way through three days of qualifying to enter race day as the 8th quickest Top Fuel dragster. Hart defeated Doug Foley in the opening round, locking his TechNet and R+L Carriers Top Fuel team into fifth place for the NHRA’s Countdown six-race play-off. In the quarterfinals Hart’s run for his third U.S. Nationals title, a Top Fuel Wally, to join his two Top Alcohol Dragster trophies ended in a close race.

“That was a tough loss,” said Hart. “In the first round I got out of my routine so in the second round I think I was a little hesitant. I rolled in and we had about the same light, but I want to do better than second round finishes. We just need to break through this second round rut and I think the Countdown will be a great place to do that.”

Hart’s consistency has been a key to his success this season as the highest positioned Top Fuel driver without a win yet this season. Two weeks ago he reset his career best elapsed time and speed records and this weekend in Indianapolis Hart’s TechNet Brakes for Breasts Top Fuel dragster was in the mix with the best race cars in drag racing.  In three of the four qualifying sessions Hart was in the top four quickest race cars in the class. Racing at Lucas Oil Raceway holds a special place for Hart who is returning to the site of his first national event win.

“I was born in Indiana, so this track is kind of a sacred place for me because of the wins we have had here,” said Hart. “Winning back-to-back here in Top Alcohol Dragster but I keep the mindset that every track is really the same. We just want to go out there and do our best and get wins. There are guys in front of us that we want to not just keep up with but get in front of in the Countdown.”

In the first round Hart made the quickest pass of the session, an impressive 3.690 second blast that turned heads in the grandstands. Once again the TechNet Brakes for Breasts Top Fuel dragster was one of the first two dragsters to hit the track and set the tone for the day. The victory gave Hart lane choice in the second round and kept a six race streak of first round wins alive.

The quarterfinals was a tough match-up with the No. 1 qualifier that was one of the closest races of the second round. His run of 3.719 seconds was third quickest of the session; he was just paired against the driver who made the quickest run. At the top end Hart had his hands full as his dragster sashayed across the finish Hart credited the success of consistent runs to his crew and the leadership of Crew chief and business partner Ron Douglas.

“Nobody works harder than these TechNet and R+L Carriers crew guys,” said Hart. “We made the Countdown for the first time and this is just the beginning. I told all my guys in our team meeting this was only my 30th race in my Top Fuel career. I am super blessed to be doing this and we want to keep getting better. I am building this team for the long-haul.”

The 2022 NHRA Countdown will begin in two weeks at Maple Grove Raceway in Reading, Pennsylvania.