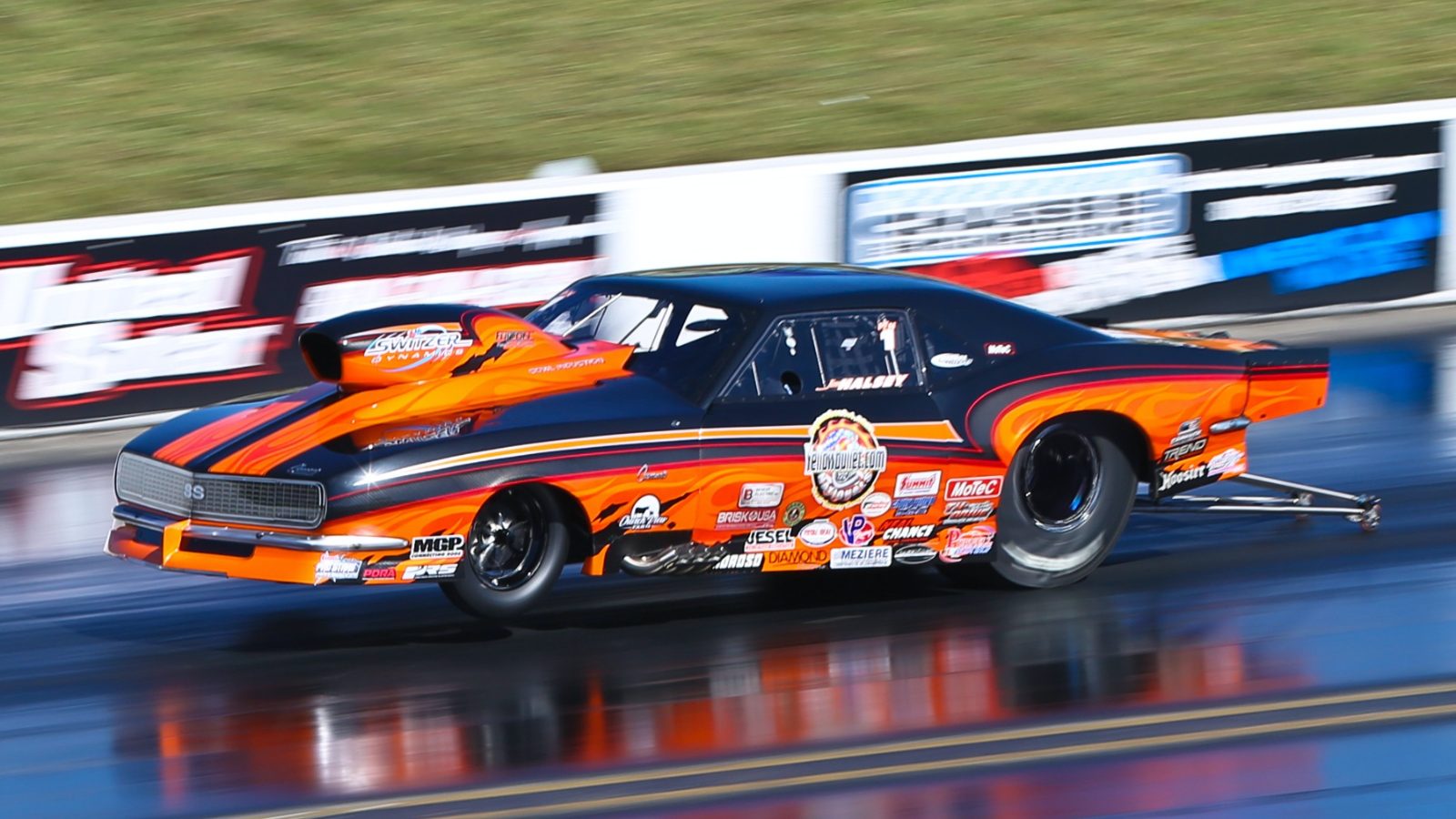 Pro Nitrous points leader Jim Halsey missed the No. 1 spot in Friday’s first session by just one thousandth of a second, but he came back with a big run in the second session to take the provisional No. 1 spot. He drove his Brandon Switzer-tuned, Fulton-powered “Daddy Shark” ’68 Camaro to a 3.668 at 206.83, improving on his 3.686 from the first session. The nitrous Pro Modified veteran is chasing his fourth consecutive world championship.

“To make a good run today and make another good run at night to back it up, we’re pretty happy,” said Halsey, who thanked his longtime crew. “The car is good. We have an engine in that’s not one we usually run, so that’s probably why we were a little slower than we expected to be. We’ll change engines in the morning and try again.”

Two-time world champion and track owner Tommy Franklin is second with a 3.685 at 204.73 in his Musi-powered “Jungle Rat” ’69 Camaro. Wes Distefano, the reigning Pro 632 world champion and a Pro Nitrous rookie, cracked into the top three for the first time with a career-best 3.695 at 203.61 in the Troy Russell-tuned, Musi-powered $hameless Racing ’68 Camaro.