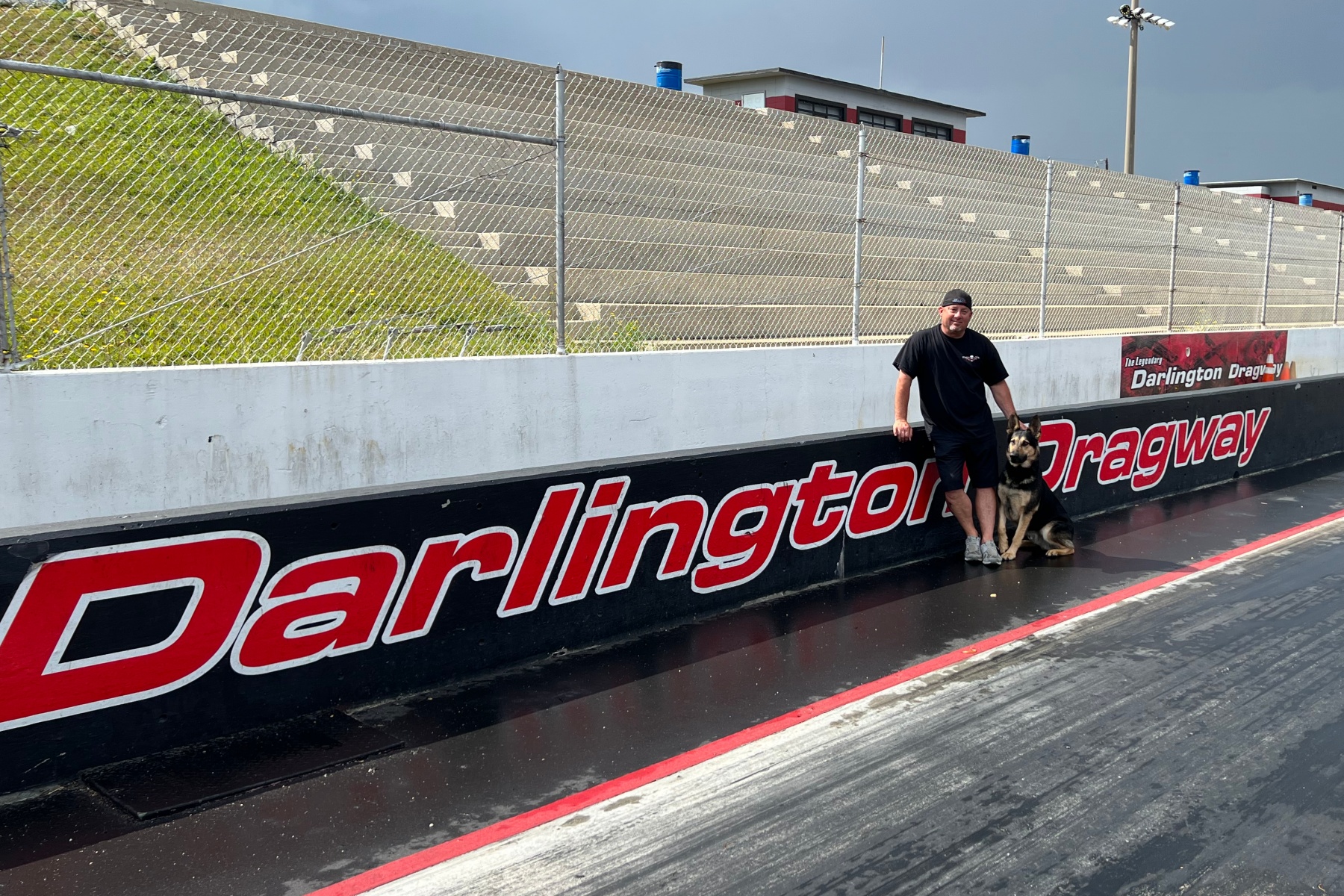 Longtime track operator Jeff Miles has started a new chapter of his career, as the South Carolina native has been named the president of Darlington Dragway in Hartsville, South Carolina. Miles is in the process of taking over the day-to-day operations from Russell and DeeDee Miller, who revived the historic track after assuming ownership in late 2015.

A few months ago, Miles, who’s served as the track manager at Memphis International Raceway for the last year, was in talks with Russell Miller to join the Darlington Dragway team as the new track manager. When Miles’ plan to purchase Memphis fell through, he jumped at the chance to return to South Carolina to manage Darlington.

“Russell called me back and said, ‘Ever thought about purchasing the place?’” Miles said. “I didn’t know it was available to be purchased. He said, ‘I’ll make this easy for you. When you get here, it’ll be set up, you’ll be the owner and we’ll go forward.’ That’s where we are.”

It was a right-place, right-time situation for Miles and Miller, who admittedly has been looking for the right opportunity to step back from the day-to-day responsibilities of running a racetrack.

“Around five years ago, I was looking at getting out of it just because of the time aspect of it,” said Miller, who also owns Pee Dee Fleet. “But we really couldn’t find anybody that we felt would keep Darlington at the level it’s at now. When it came to my attention that Jeff was available or could be available if he couldn’t purchase Memphis, I started putting more attention to that. Whenever we were talking, he made the statement about buying Memphis. I said you could get Darlington. You can’t own the property, but you could control the facility. That’s the direction we took.”

Miles has a long history of operating racetracks, including one in South Carolina, and he feels prepared to take on this new opportunity. 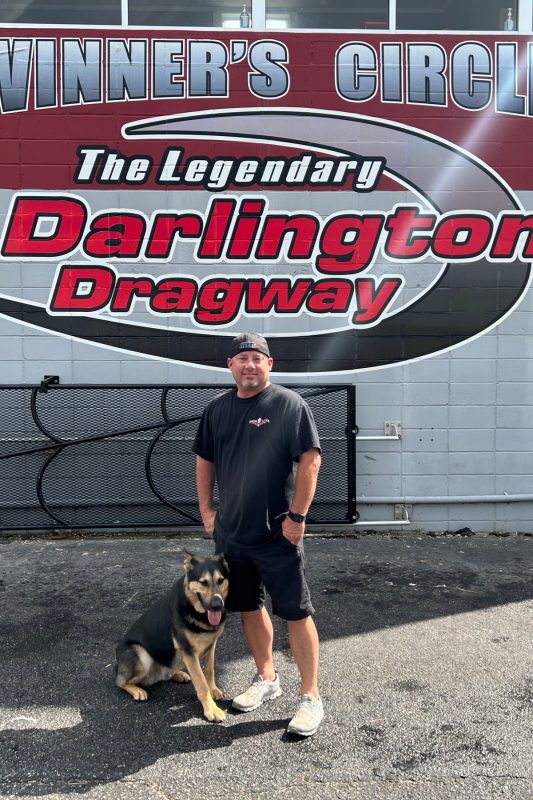 “When I was 9 years old, my father purchased Jackson Drag Strip, which is now known as Carolina Dragway,” Miles said. “I stayed there up until I was 45 years old. Other than being a police officer, that’s all I ever did.

“[Carolina Dragway] sold in 2018 and I went to Florida to work for Ozzy and Maria Moya at Orlando Speed World, and also helped out with South Georgia,” Miles continued. “That was a good learning curve for me because things are a lot different there versus in South Carolina. From there, I went to Memphis, where it’s totally different yet again. So I really got a nice learning curve of how the different parts of the country do things. I think that’s brought me back to a perfect scenario here in South Carolina where I have the most experience.”

It’s Miles’ experience in the business that gave Miller the peace of mind to take a step back, but he admits it hasn’t been easy to hand over something he and his family have worked so hard to rebuild.

“It’s really heart-wrenching,” Miller said. “It’s like when your kid goes off to college. You’ve nourished it, you’ve protected it and done everything to get it to the point where it’s at now and it’s time for it to move on. That’s kind of the feeling that me and DeeDee have. There’s a lot of emotion there. But there’s also a lot of safeguards in place between me and Jeff to ensure that the track, just like your child, will continue to grow and get better.”

While Darlington is a couple hours away from Miles’ former home track in the western part of South Carolina, it’s a whole lot closer to home than central Florida or Memphis. Miles certainly sees it as a homecoming and an opportunity to be closer to family, including daughters Shelby and Morgan.

“I didn’t realize how much I missed it until I got back here,” Miles said. “I missed my kids and my family more than anything. My mom sent me a message that said, ‘Oh my Lord, thank goodness you’re moving back to South Carolina.’ She was so excited. Last weekend, my youngest daughter texted me on Saturday and said, ‘Hey Dad, want to go to zMAX tomorrow?’ I would’ve never been able to do that in Memphis. That’s what I love about this.”

Miles is working closely with the Miller family to get up to speed on the track’s operations and procedures. Once he settles in, he plans to continue the renovations the Millers have done to rebuild the once-dormant quarter-mile facility.

“For the average customer right off the bat, it will be a seamless change. Nothing will change,” Miles said. “Personnel is staying. Russell will be here through the entire month of May. My plans going forward are to replace the bleachers on the pit side and pave the top end. I also just want to bring some more big races here and help this place grow larger and larger. It’s already legendary.”

Along with the Millers, Miles has been working with the outgoing general manager, Rhett Gardner, who’s moving away to New England so his fiancé can continue her residency in the medical field.

Russell and family will remain involved beyond May, both to help with the track and to continue competing as racers.

“My plan is to be as involved as Jeff wants me to be,” Miller said. “I don’t plan on telling Jeff how to do his job. At the beginning of the day, even before I started working on Darlington, I was a racer. I still am. I don’t want to see our home track go away any more now than I did then. That’s why we’ve stuck in there. 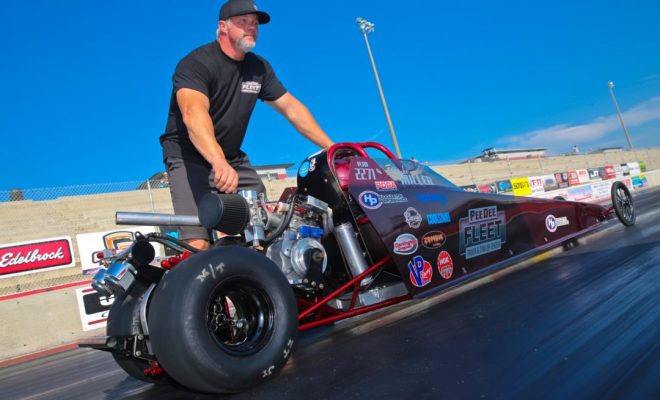 “The day that Jeff moved in, we were putting a roof on one of the towers,” Miller continued. “We never stopped the process of rebuilding Darlington. That process won’t stop at this point. We know there’s a few things that still need to be done and there’s been agreements to make sure those things get done. At the end of the day, our objective is to see Darlington survive all that’s going on these days. With Jeff, we’ve got the best scenario for that to happen.”

Darlington Dragway has hosted some major moments in IHRA drag racing history, and it was recently inducted into the IHRA Hall of Fame. Miles appreciates the facility’s rich history, both in the early days and more recently, and he’s eager to continue leading the track forward in the Miller family’s footsteps.

“I’m so appreciative to Russell and DeeDee Miller,” Miles said. “They brought me in and treated me as if I was one of their own and made things so simple and great for me. Without Russell and DeeDee treating me like they did, it would’ve never been possible.”

Miller has a similar appreciation for Miles, and he’s excited for the track’s future.

“He’s going to bring a new level of energy and that’s going to be felt,” Miller said. “He’s sunup to sun down. I’m seeing it already. You can tell the man has a chip on his shoulder. He wants to prove himself. He wants to continue the program. There’s no doubt in my mind there’s going to be a lot of energy in Darlington in the future.”