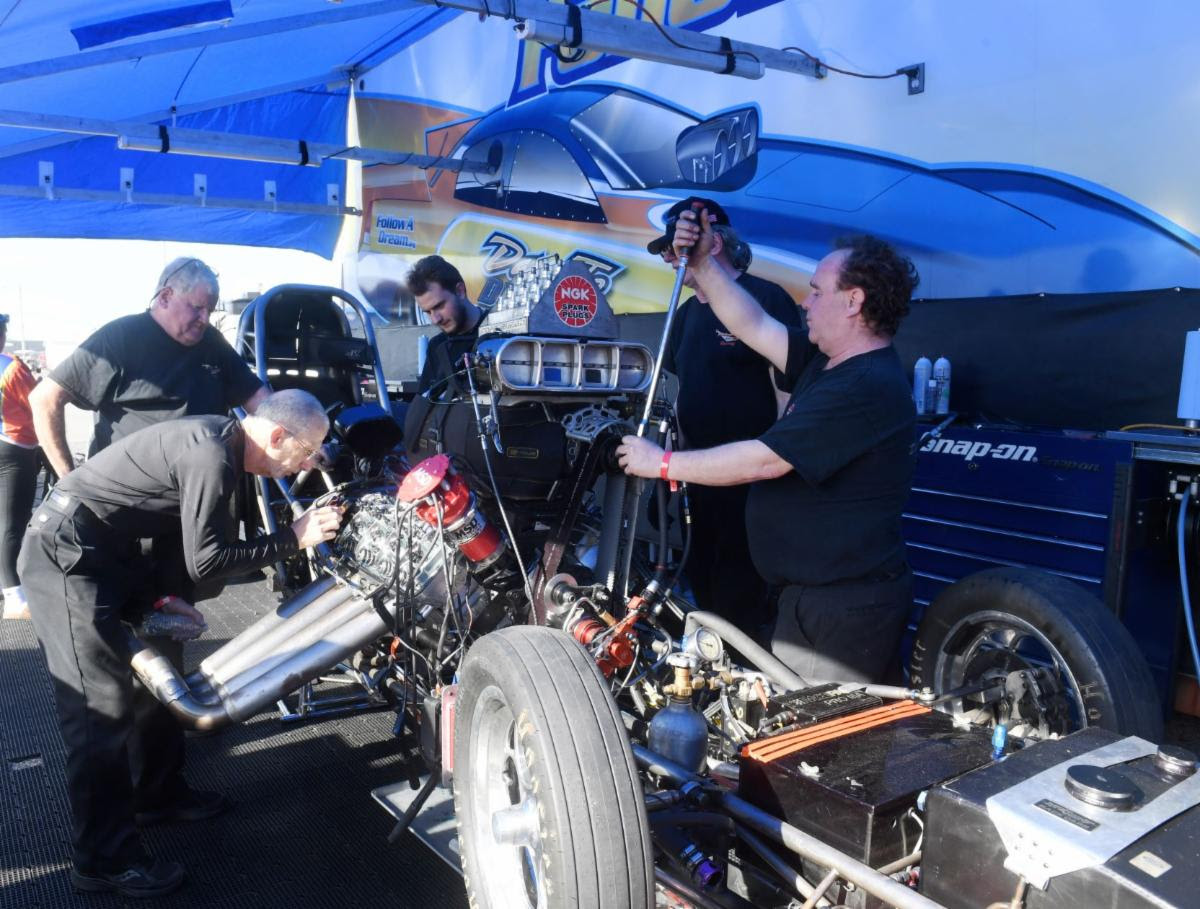 Drag racing in many ways can be like riding a bike: once you’ve done it, especially successfully, you never forget how to do it.
Such was the case with Jay Blake’s Follow-A-Dream Top Alcohol Funny Car team this past weekend at ATCO Dragway in Atco, New Jersey. After a nearly three-year hiatus from competition due to the COVID-19 pandemic, Blake, driver Phil Burkart and tuner Anthony Terenzio proved the pandemic did not cause them to forget how to win.
In a NHRA Lucas Oil East Coast Regional event, the Follow-A-Dream car and team won the TAFC class, capturing their first win since pre-pandemic days back in 2018.
“We had one test last year, but realistically, we haven’t been at a race since 2019,” said Blake, who is both the team’s owner and crew chief. “It felt great to be back at the racetrack and see people we haven’t seen in a long time. And to win was just awesome.”
The TAFC field was admittedly short, with only three entrants, including the Follow-A-Dream squad. But when it came time to roll up to the starting line, it was game-on and the lengthy layoff was but a distant memory.
In the team’s qualifying pass, Burkhart covered the quarter-mile at 5.555 seconds and 254.38 mph, putting the car No. 2 in the field.
In the first elimination round, Burkart roared to the team’s best run of the day at 5.482 seconds and a very stout speed of 269.51 mph against opponent Brian Gawlik.
Then in the final round, the Follow-A-Dream team beat longtime rival D.J. Cox with a winning pass of 5.865 seconds at 257.78 mph.
Ironically enough, the Follow-A-Dream team’s last previous win was also at Atco Raceway back in 2018.
And this past weekend’s win also illustrated something very significant to the team, namely, loyalty. And in another way, it was like getting the old band back together.
Terenzio and Burkhart have been with Blake’s squad for close to a decade, while some members have been with the 10-man team even longer. For example, the colorfully-named Scott “Ozzy” Osborne has been with Blake’s group for more than 15 seasons.
“What’s great is we didn’t lose people through the pandemic, the team stuck together,” Blake said.
The ATCO event was the first of what Blake expects to be as many as eight races for the team this season.
Next up on the schedule is another Lucas Oil East Coast Regional Series race, May 20-22 at Cecil County Raceway in Maryland.
Also on the team’s 2022 regional series schedule are subsequent events at Maple Grove (Pa.), Lebanon Valley (N.Y.), a return to Atco, then New England and a potential championship-deciding end-of-season race in Richmond, Va.
Blake also plans to run his Chevrolet Camaro TAFC in one national event, the fall NHRA race at Maple Grove, as well.
But first and foremost is to try and keep the one-race winning streak going at Cecil County and turn it into two straight wins.
“It was truly a team effort, you build on the momentum,” Blake said. “For example, at Atco on Saturday night, we had to do an engine rebuild and the team worked real hard. We just built off the momentum and the team effort.”
And where does the team go from here?
“We just want to keep it going,” Blake said.