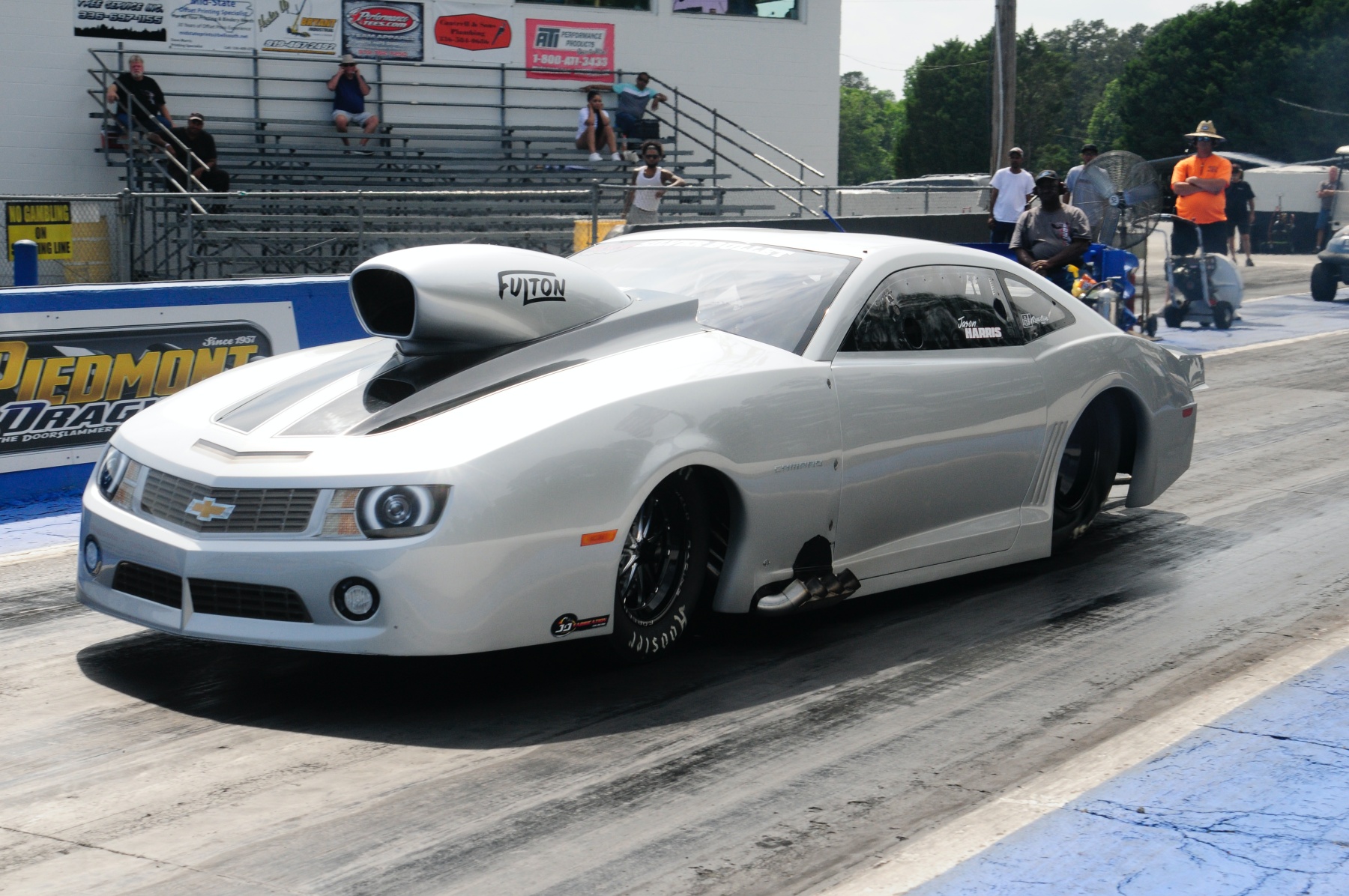 June’s edition of the world-famous Big Dog Shootout turned out to be a two-day event due to the lightning show and storm that appeared right after qualifying and the celebration of 50-plus years of Alvin Dildine’s tenure as announcer at the track, in continuous operation since 1957.

With family and friends present, Dildine passed the microphone to Steve Logan. As most of you know, Logan had been the voice of the wildly popular Street Outlaws: No Prep Kings show on The Discovery Channel. But with a change in the format in NPK, Logan was able to step up and take over the huge job of announcing what has become the premier one-day show in drag racing in America. Congratulations, Steve, and all of us will miss Alvin’s vast knowledge of the generations of people that are one big family at Piedmont Dragway. 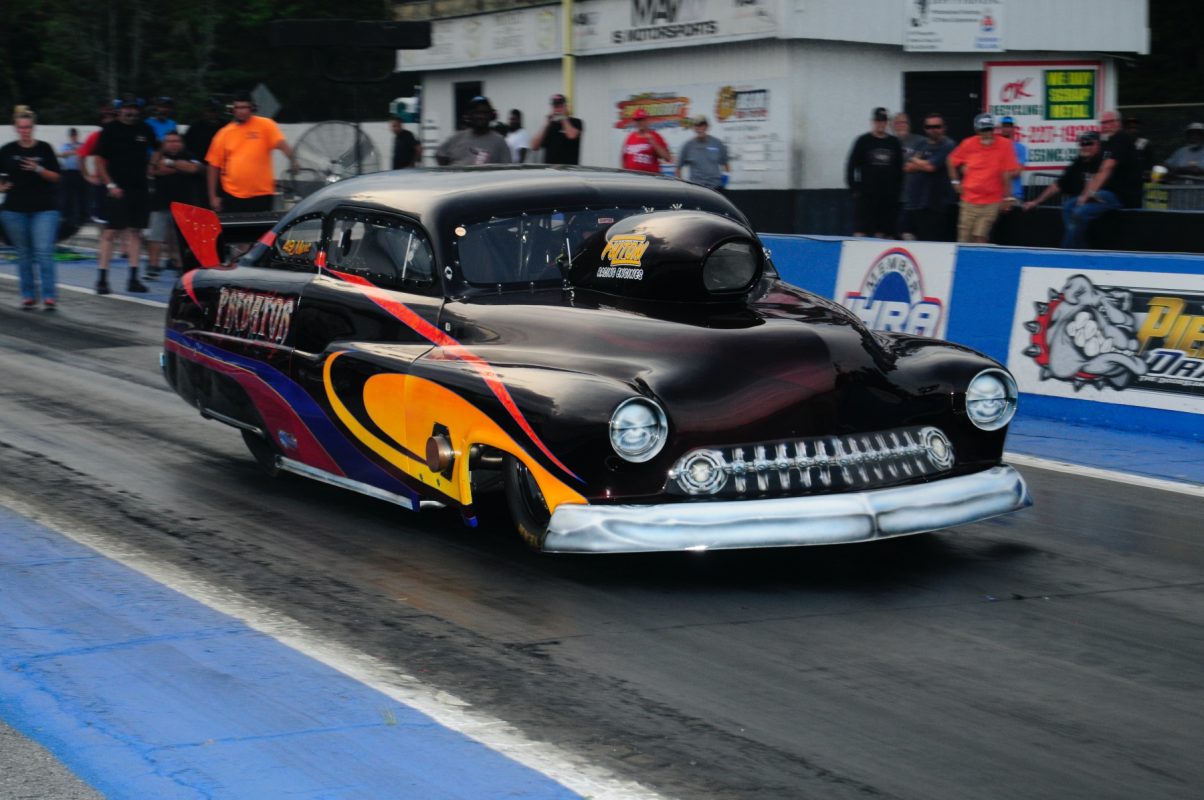 Qualifying was full of slips and slides with two additions, including the beautiful ’49 Merc of Shannon Wilson, using chassis expertise from Robert Hayes. 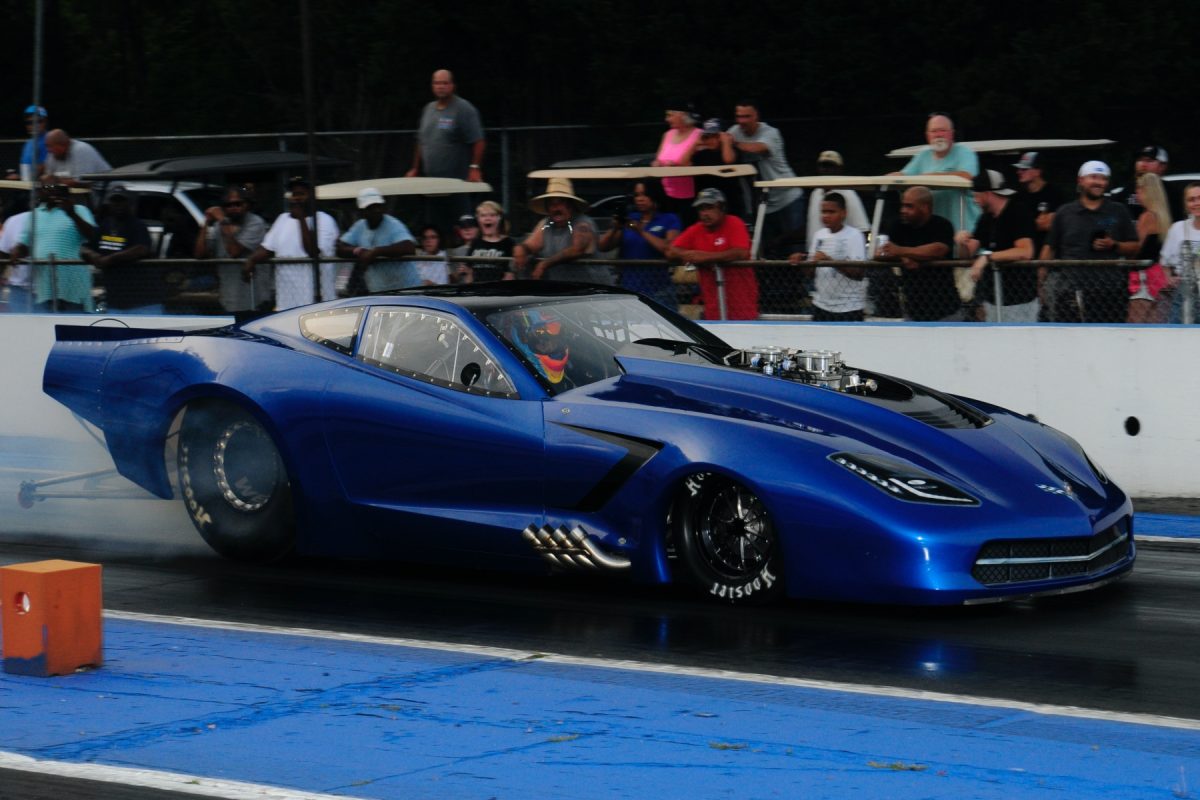 The event also marked the debut of Travis Harvey and Vaughn Myles’ beautiful Jerry Bickel-built C-7 Corvette. The 7 is very appropriate, as the car was assembled and tested at Justin Elkes’ Modern Racing, all allowing Travis and Jeff Miller to arrive at the event in just seven days. Showing that Harvey had not lost a step, he was able to qualify with a 4.10 with an early ‘chute out and ran in the 3.80s in the first round. But more about that later.

Other qualifiers included Brian Shrader at 3.86 in first, and Jason Harris, also at a 3.86 in second. Barry Mitchell, in “‘Cuda Time,” at a 3.91 in third and Mike Graham’s Chevelle in fourth at 3.94. The bottom four included Harvey in fifth, Wilson’s Merc in sixth, Cam Clark in seventh and Michael Dawkins’ Corvette in the final spot. 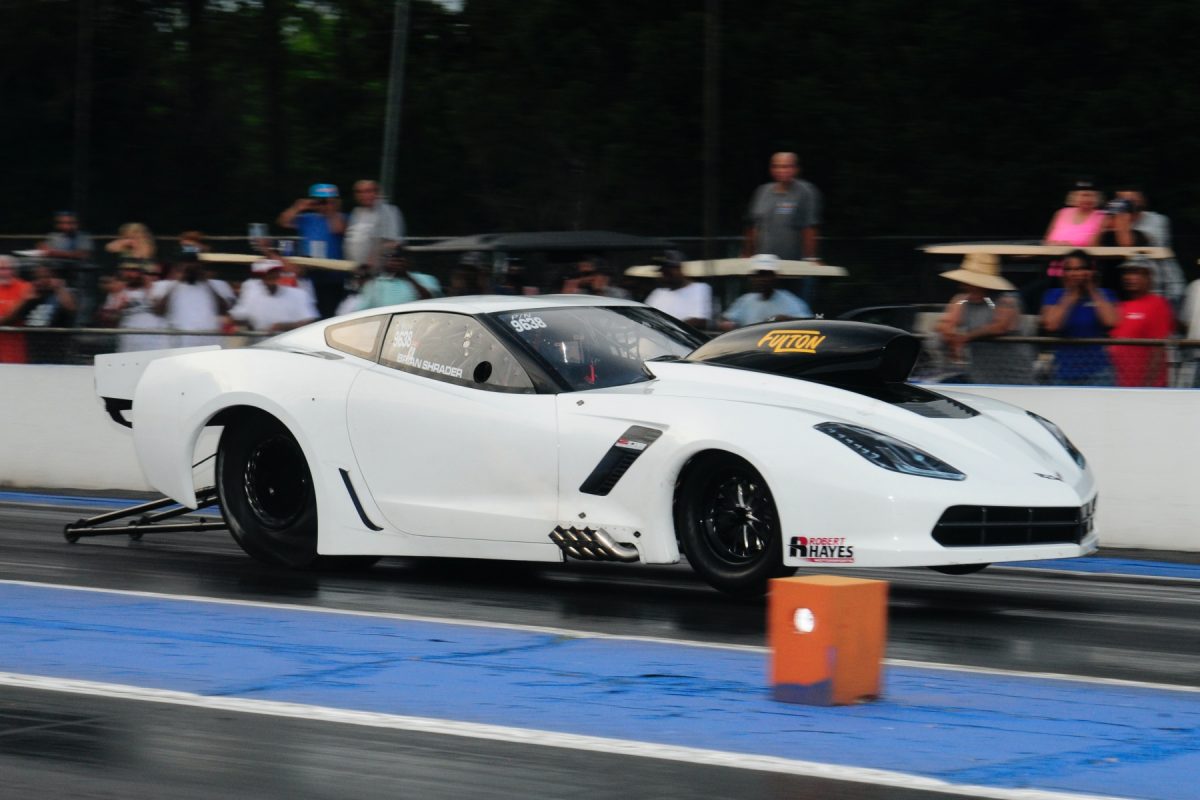 With the storm taking the best of all present, competition took place on Friday night. First round had Shrader running a 3.789 to defeat Dawkins. Graham won a close one over Harvey. Harris ran a 3.81 to defeat Clark, and Wilson won his match with Mitchell. Semifinal action was highlighted with Shrader using a .010 light and a 3.80 to defeat Graham’s 3.88. The other match had Harris using a 3.83 to defeat Wilson’s Merc. The final was incredible as Harris parked the Camaro of Jack Gaddy’s SomeTime Racing in the Winner’s Circle with a .001 light and a 3.800 ET to defeat an unlikely out of shape Shrader. This is the reverse of the April event and shows the closeness of the field with several different combinations.

July’s event will take place on the 7th. Look for more of the same as the “challenge money” is still in play and will surely draw more cars to Piedmont Dragway, the “Doorslammer Capital of the World.”