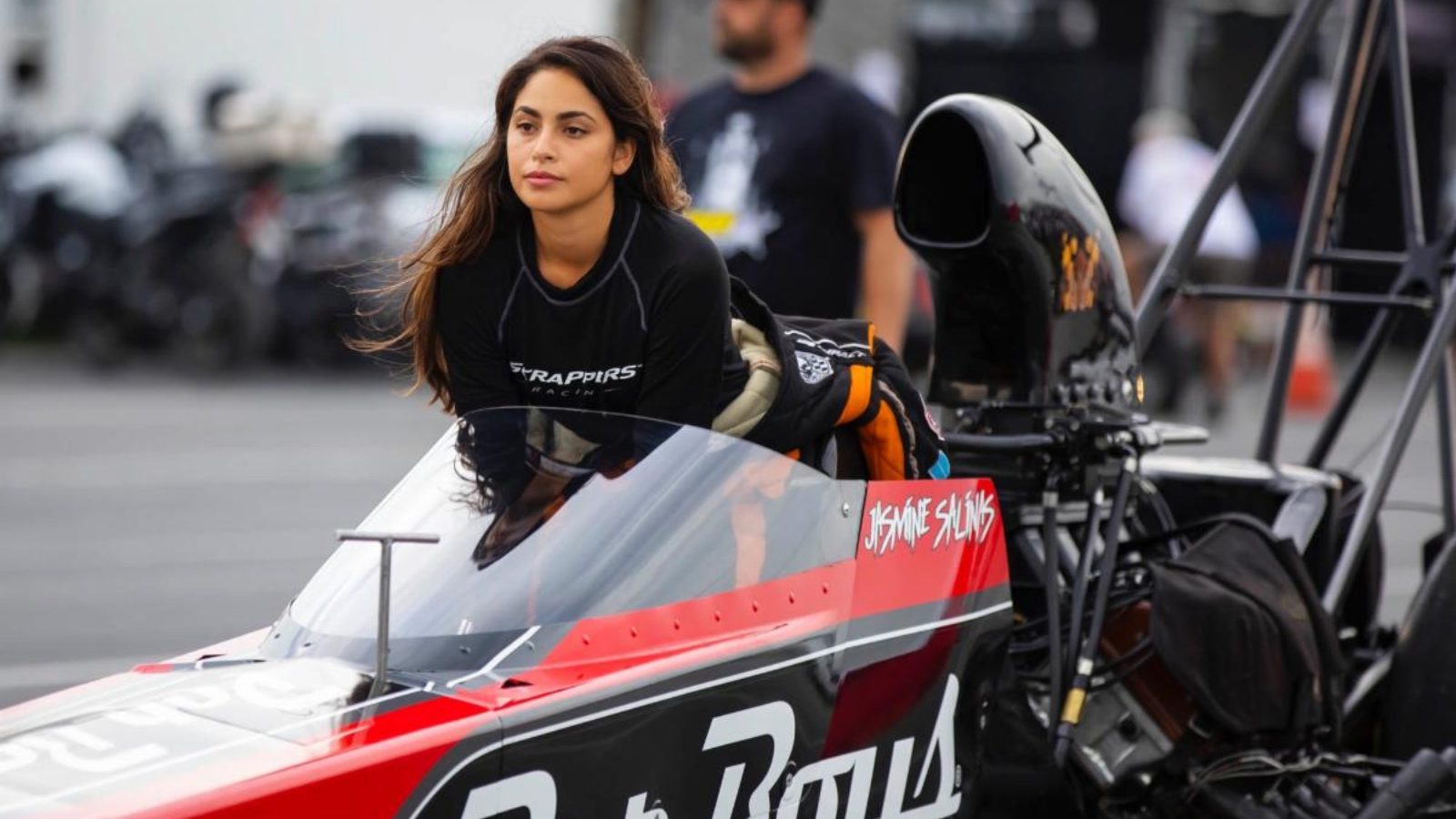 With four event wins and three No. 1 qualifier positions, Salinas has been experiencing the best season of her Top Alcohol Dragster racing career. She’s participated in 18 events thus far in the season, although not all events were counted toward her divisional points total. At those 12 national events and six regional events, Salinas raced her way to eight final rounds.

“It’s definitely still sinking in,” said Salinas. “But I’m so incredibly proud of our team and all that we’ve accomplished so far.”

It hasn’t all been smooth sailing for the California native, but she’s approached every phase of competition with her signature “never quit” attitude and fiery determination. In the final NHRA Lucas Oil Drag Racing Series regional event of the year held last weekend in Las Vegas, Salinas did not qualify for the first time in the entire season. The fate of the regional championship was out of her hands. She simply had to watch and see what would happen among her fellow competitors, namely Matt Sackman, a fellow North Central region competitor who threatened to overtake her lead. In the end, her outstanding performances throughout the season proved to be enough to walk away with the regional title.

“It was extremely stressful having to sit back in the grandstands and watch the race unfold,” said Salinas. “Knowing I wouldn’t even have a shot at competing in the race that day or fighting for the win. But that’s also why those first few regional races of the season are important. It gave us a little bit of a buffer for the worst-case scenario, which ultimately unfolded at the Vegas Regional. It’s definitely not the way I envisioned winning the championship, as I’m sure most racers dream of it happening while sitting in their race car. But a win is a win. And there are zero complaints about how we won our first Championship.

“It’s been exciting competing against Matt Sackman this year. I’ve watched him for a while and he’s an incredible driver. I’ve learned a lot from watching him and look forward to competing again with him next season.”

Salinas will wrap up her season this weekend at the Auto Club NHRA Finals in Pomona, Calif. at Auto Club Raceway of Pomona. Qualifying for Top Alcohol Dragster will begin Thursday, November 10.