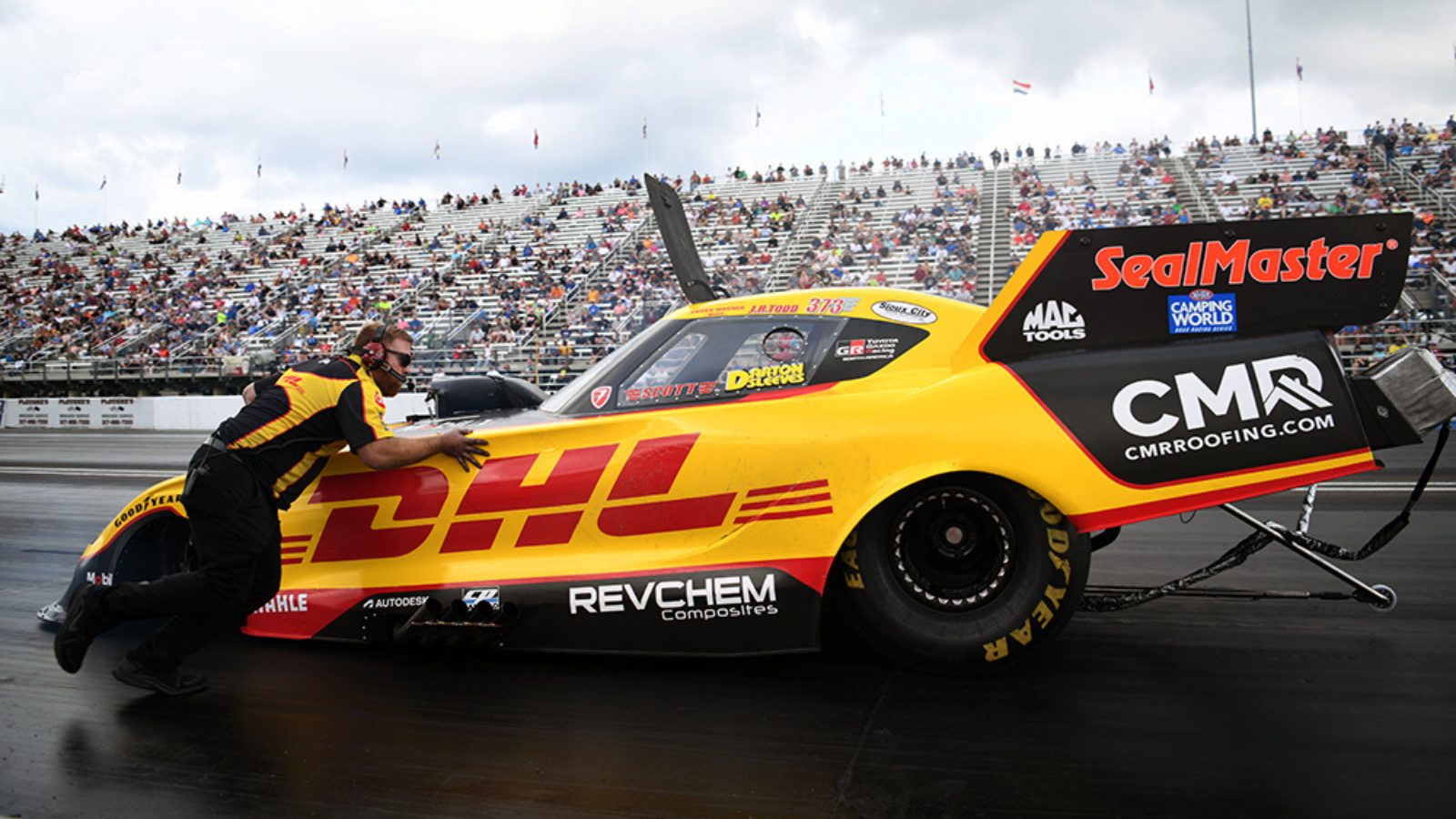 This weekend at Maple Grove Raceway J.R. Todd and the DHL Toyota GR Supra Funny Car team will be looking to repeat history as they begin their campaign for a second Camping World NHRA Funny Car world championship. In 2018 Todd won the Reading Nationals on the way to his first Funny Car championship and the veteran driver who has 10 career Funny Car national event wins would like to duplicate that performance this weekend. This season Todd has most recently raced to a runner-up finish in Seattle and two quarterfinal finishes over the past four races.

“This is the time of the season when every run counts,” said Todd. “I won the race in 2018 on my way to the championship and we would love to start off the Countdown with a win. We have some ground to make up, but this DHL Toyota team is up to the challenge.”

Todd is one of just three drivers in the long history of Maple Grove Raceway to have collected a Top Fuel and Funny Car national event win. Todd joins Hall of Famers Kenny Bernstein and Gary Scelzi on that short and illustrious list. Through his career which started in junior dragster Todd has been a successful driver with exceptional driving skills. He is one of the quickest drivers off the starting line and in the Countdown reaction times will come into play as the pressure ramps up with every race.

“You have to be at the top of your game when you roll up to the starting line,” said Todd. “This class has a lot of great drivers from top to bottom. I just want to do my job off the line to give this DHL team the best chance to get the win light. This is a complete team effort and we are all ready for the Countdown.”

Todd is starting the Countdown from sixth place in the Funny Car standings which with the reset point structure has the 2018 world champion three rounds out of first place. Strong runs in qualifying on a quick and fast Maple Grove Raceway track could immediately cut into that deficit.

The DHL Toyota team will get their first run on Friday night with two more qualifying passes on Saturday to grab one of the sixteen spots in the race day field. Sunday eliminations will begin at 10:30 a.m. ET with the race being broadcast nationally on FOX.