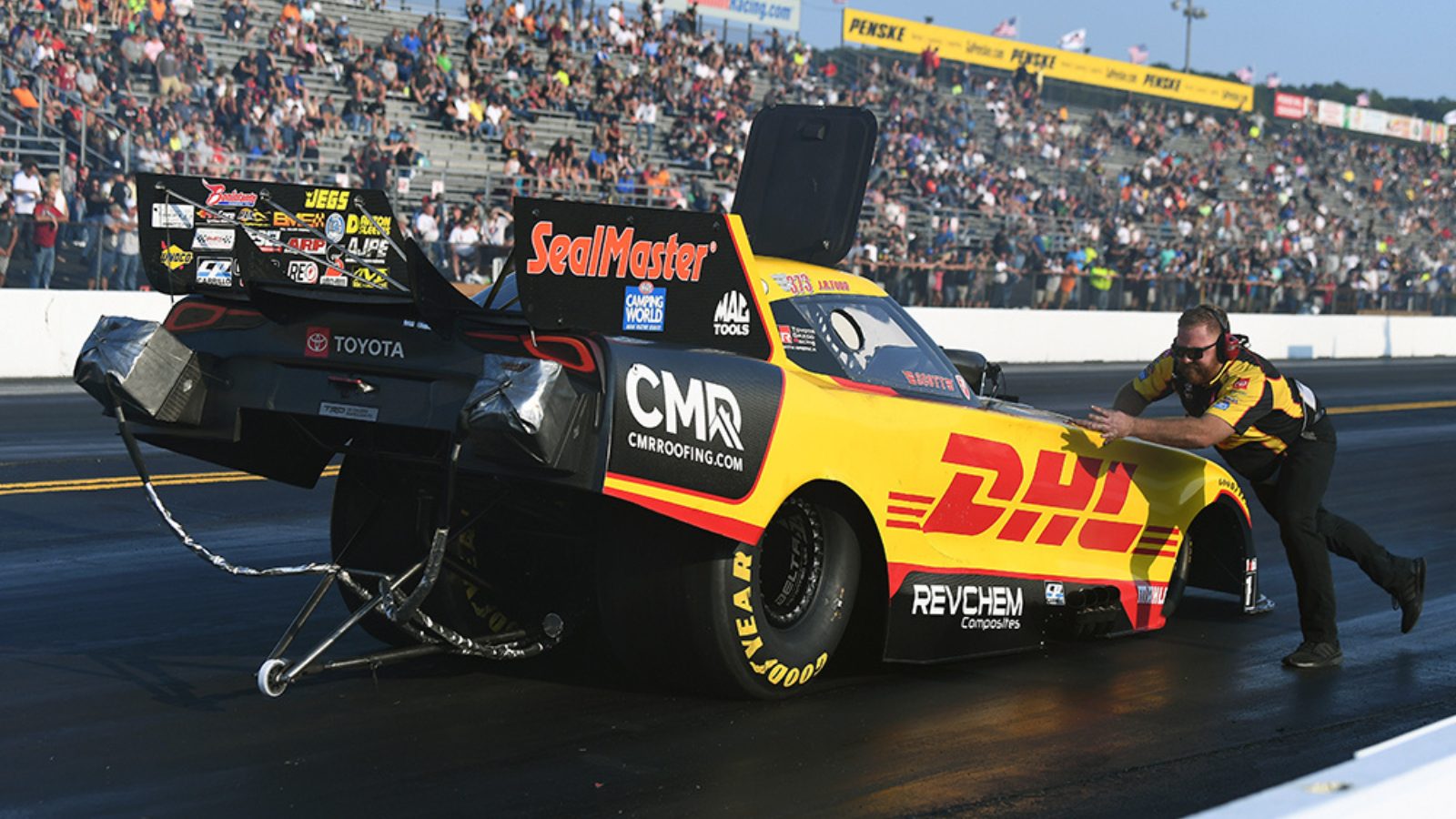 J.R. Todd and the DHL Toyota GR Supra team rolled into Maple Grove Raceway on Sunday looking to pick up their second Funny Car national event win at the picturesque track located in the hills of Pennsylvania. In 2018 Todd won this national event on the way to his first Funny Car world championship. After three qualifying runs that saw Todd post one of the quickest runs of the second session Todd, a 10-time national event winner, entered race day as the No. 6 qualifier with lane choice over driver Chad Green.

The pair of 11,000-horspower nitro Funny Cars were the first pair to hit the track for one of the toughest categories in the NHRA. Both cars left side-by-side but Todd quickly got the nose of his DHL Toyota Funny Car out front and kept his race car in the middle of the groove for a winning round. Todd’s scoreboard lit up 3.914 seconds at 330.72 mph beside Green’s 3.932 second pass at 324.59 mph. The margin of victory for Todd was approximately seven feet at the finish line and the run was a near mirror image to his quickest pass in qualifying.

In the quarterfinals Todd matched up with John Force who was making his 800th career start. The wily veteran rolled his Funny Car well into the staging beams as Todd positioned his DHL Toyota GR Supra to take off and when the tree flashed both Funny Cars flew off the starting line. They were side-by-side the entire length of the track but at the finish line Force lit the win light getting the finish line five feet in front of Todd who posted a 3.972 second pass at 327.95 mph in a losing effort.

“We won a close race and lost a close race today,” said Todd. “When you are that close together at the finish line it is pretty wild. I am glad I am getting back in this DHL Toyota in a few days. Charlotte will be a good chance for us to have a good weekend.”

Heading into the second of six playoff races he is sitting in seventh place. Over the final five races of the Countdown Todd will have the chance to close the gap on the six competitors in front of him.